Revolution in the USA: A monkey with a grenade is going bananas

While the world is discussing the phenomenon of the paranoia of sanctions in the United States, the lawyer of the American president and former mayor of New York, Rudolph Giuliani, found time to shock the viewers of a popular American TV channel. 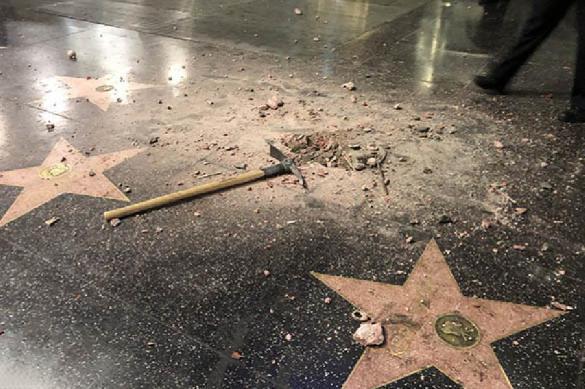 Rudolph Giuliani, like Maxim Gorky's Stormy Petrel, informed the public about his concerns about a possibility for a revolution in the United States.

The former mayor of New York is convinced that the Americans will arrange an uprising if Donald Trump is removed from power trough impeachment.

It appears that in addition to all those chemical Novichok agents, WADA urine samples, hackers, sanctions and other geopolitical perversions, the USA has yet another reason for a headache - a revolution.

Indeed, Trump's competitors in the Democratic camp do not conceal their intention to impeach the sitting president and kick him out of the White House. If Trump's opponents receive a majority in the Congress at the forthcoming midterm elections in November 2018, impeachment would be just around the corner.

Donald Trump said before that his impeachment would cause global markets to collapse. It could be possible, although no one can say for sure whether the impeachment procedure is going to materialize. Apparently, Democrats would like to think about it as a "highly likely" thing, similarly to all the "highly likely" fake news that they have been generously generating lately.

Donald Trump does not have to search for words. He turned around and said that he has already made America great again. Mr. Trump has thus inadvertently given a trump card to his opponents, because it just so happens that he has done his job and can be free to go.

The statement from Rudolph Giuliani can easily be used as another reason for yet another portion of anti-Russian sanctions. If Trump is an agent of the Kremlin, then a possible revolution in the US may also look like an insidious plan of Russian hackers.

Rudolph Giuliani does not exaggerate much when he talks about the probability of an uprising, because some may want to grab arms in their hands to defend Donald Trump.

One can always make jokes about Donald Trump and his funny hair, but, as they say inside the US, he has indeed cut unemployment and breathed new life into American industry and agriculture.

A revolution in a nuclear power, if it comes to an armed confrontation, may cost quite a fortune to the rest of the world, especially given that the United States has been behaving like a monkey with a grenade on the world arena: unpredictably, resolutely and impudently.

Probably, neither the results of the congressional elections nor the subsequent presidential campaign in the US will be able to stop the destruction of the unipolar world order. One can only watch this process and minimize its impact on other countries, if possible. This is what they try to do in  the European Union, Russia, China, Iran and other states that continue to suffer from American exceptionalism.

Unquestionably, this is a unique historical process that we are all witnessing. It pays to listen to what Rudolph Giuliani says.