Kaoutar Fal: A Spy/ Lobbyist on Western Sahara, Belguim, and the European Parliament!

Kaoutar Fal: A Spy/ Lobbyist on Western Sahara, Belguim, and the European Parliament! 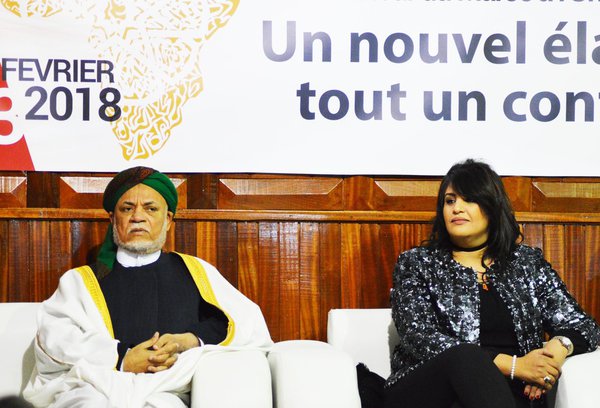 According to the website, Kaoutar Fal sent a letter to the Belgian news agency Belga, informing her that she was arrested on 29 May 2018, at Charleroi airport in Brussels after being accused of espionage and being a threat to national security. Such news did not go unnoticed as more media outlets started talking about it. More reports emerged from the daily newspaper: Akhbar Al Yaoum on Monday, July 16th of 2018.

Accordingly, and based on reliable Belgian sources, Kaoutar Fal who presents herself as the patron of an event agency and journalist risked being turned back because of "her activities of interference and espionage in favor of Moroccan services". Her Schengen Belgian visa was revoked by the security authorities immediately after her arrest. Kaoutar Fal, A Moroccan citizen born in 1986, was arrested at the end of May in Brussels on charges of espionage. She was detained temporarily in detention in Belguim while awaiting deportation to Morocco as she was officially considered a threat to national security. She was deported to Morocco later on 23rd July, 2018. Many observers in Belguim and outside Belguim her called her many names such as Moroccan Mata Hari, the spy of Morocco, the infiltrated agent of the DGED..etc

But who is Kaoutar fal, and what is her " Journey"?

She arrived in Belgium at the beginning of 2016, carrying a tourist visa obtained with the help of an official of the Moroccan Mission for Europe (second Moroccan embassy for Europe installed in Brussels). Usually, This so-called diplomat working as vice council or cultural attache is a cover for the famous Moroccan military intelligence known as DGED. Rumour has it that there was more stuff involved there than just a pure intelligence mission.

Her Protege diplomat official introduced her to the diplomatic milieu and to the civil society in Belguim and to many Moroccan local civil society actors as well as to those working undercover for the DGED in Belgium. According to some media reports, among these Moroccans, there a  certain Youssef Filali, very much acquainted to the diplomatic inner circles. He is also a "businessman" in bankruptcy. Filali was behind the scandal of the sub-Saharan magazine Yamboula, which he renamed in the name of "Relay" with funds from Morocco and part of Moroccan diplomatic circles stationed in Belgium. Interestingly enough is that  Kaoutar Fal worked for a while, after her arrival in Belgium, with Yamboula magazine. Here, it is clear her connection with the inner circle of the DGED . Another interesting figure is the Israeli journalist Moshe Friedman with whom she founded a very close friendship.  received a Wissam (royal decoration) from the hand of King Mohammed VI. Moshe , according to the media, has promised to Kaoutar Fal a marriage in order to regularize his stay in Belgium.  Moshe would not stay still when she was arrested and thus showed his full support to her on social media and behind the scenes.  Funny enough, Kaoutar was never heard of in Morocco as a journalist or even as a businesswoman as she often refers to herself when presented to many interlocutors. Other reports reveal thatThe two "associates" included on the statutes of the Yamboula magazine, a certain Trangh Nghyen and the journalist Jean Boole, founder of the Yamboula magazine would declare afterward never to have been contacted to be part of this association.

Her name came up also during the investigation of the case of the jailed Moroccan journalist: Tawfiq Bouaachrin. Pushed by Moroccan politico-mafia circles who want to break Tawfiq Bouaachrine, Kaoutar Fal accuses the Moroccan journalist of raping her. Her connection with this case reveals clearly her connection with the DGED and the Mekhzen. This well woven set up would tell a lot about the case of Bouachrine and the campaign against in him in Morocco.

After arriving in Belgium, Kaoutar Fal founded in March 2017, the first non-profit association "The International Organization of African Media (OIMA)". At the initiative of Kaoutar Fal, this association establishes its headquarters at first, in an apartment on the 18th floor of 480 avenue Louise in Brussels. This same association organized, February 2018, a conference upon the instructions of the Mekhzen ( Moroccan palace entourage) in Checfchouen city , in Morocco. The conference was about the celebration and the welcoming of the decision of Morocco to rejoin the African Union. Many VIP's from many countries took aprt in this huge conference.  Nobody knows for sure who paid the bill, but it seems evident that all fingers are pointed towards Kaoutar and those who stand behind her. Some investigative reports asked The property firm managers who said that the management has no knowledge of Kaoutar Fal . They even denied having rented the premises to her association. The residence at 131 de Avenue Louise was not far from the headquarters of the Council of Moroccan Oulamas for Europe CEO. Here, it is worth noted that Kaoutar fal has strong connections with this Islamic Council and with the Moroccans working in it undercover.  It is still not clear what the purpose of their job is as they seem to be very much involved with Moroccan local community. Some Moroccan resident in Belguim accuses Kaoutar of being a spy on the Moroccan Diaspora, and that she was able to be introduced to many local communities thanks to this Council and to the embassy of Morocco in Brussels. Soon enough, a second association "The European Foundation interfaith Dialog" was founded and would include besides Fal Kaoutar, the imam director of the Islamic and Cultural Center of Belgium Mr. Salah Mouaiminah who is the president. He is also a senior officer in the Saudi army. This imam director was asked by the Belgian authorities to pack his bags and leave. Now, we can see the Saudi connection as well, and the shared interests of both kingdoms in protecting their interests and in joining efforts in infiltrating the Belgian State and the European Parliament.

Kaoutar Fal, a Super Spy or an ambitious Lobbyist or both? Kaoutar and the Western Sahara issue:

European Parliament housed on November 2017 the Blog's Forum entitled: Listen to Africa". The guest of honor was the Region of Dakhla-Oued Dahab from the occupied western

Sahara. the Globe's Forum organized such an event at the headquarters of the European Parliament and with the benevolence and the blessing of Morrocco's friend: MP. Gilles Pargneaux who opted for the promotion of Moroccan territorial integrity.He is the Vice-President of the Parliament of the Brussels Capital Region. Gilles Pargneaux was the star at the conference in support of Moroccan Sahara appeared many times on selfies and pictures and as a panelist with Kaoutar Fal during that even.

The presumed Moroccan spy also organized, at the end of November 2017, held many meetings to cherish and to applaud the "development of the Moroccan Sahara" in which, Kaouthar Fal had taken care of all the expenses of travel, accommodation and catering participants whose pockets were filled with cash and gifts from morocco's" black boxes". Twenty countries from around the world were invited to that event. Some sources speak about the European parliament being the main co'-sponsor in that venue.

In a blog she used to disseminate her propaganda and secret agenda, https://europa.blog/the-truth-about-the-sahara/, Kaoutar wrote an article entitled: The Truth about the Sahara. She glorified Morocco's efforts for development and modernization of the Moroccan-controlled Western Sahara territory. In this article, she talked about:

Totally a lie! She even went on to talk aboutEurope's Security and linked it to the backing up of a Morocco control of Western Sahara. She sent a clear message to the audience that Morocco is the backbone of security in the North African Sahel. She really should be ashamed of herself. Look who is exporting terrorists to the whole world!! Then, she spoke about the autonomy plan proposed by Morocco as a solution to the "conflict" or rather for the decolonization of Western Sahara.

Kaoutar Fal was a guest and an invitee at Crans Montana many times, especially in 2016 and 2016. Through this forum, she was able, with the support of the Mekhzen, to weave many international networks and build a solid international platform for lobbying and spying to legalize Morocco's claim over Western Sahara. She met many personalities from around the globe each time she goes to attend the Crans Montana conference in the occupied city of Dakhla in Western Sahara. Crans Montana seems to be her favorite event as it was hosted by the kingdom of Morocco in the city of occupied Western Sahara and was under the patronage of the Moroccan king. So far, Crans Montana has brought nothing to western Sahara except the legalization of its illegal presence and the implication of many international VIP's such as former president of different countries among other guests from all corners of the world. She boasts herself on her facebook page by publishing many selfies with the former Spanish prime minister Zapatero and the American Reverend Jesse Jackson. Her quest to fulfill her patrons' agenda seems to be relentless.

Well, there is always an end to anything. A downfall was not soon seen by Kaoutar Fal who thought she would be untouchable and would go about unharmed. Yet, the Belgian secret police were eying her and watching her from far.

Her whereabouts and movement was a source of suspicions for Belguim's authorities, especially that she was supposed to be just a tourist with no right to found an association or to do any business. The verdict came unexpected, and she was caught red-handed and then deported.

This was the final chapter of a hasty rising spy who thought she can outsmart the whole world!