Can USA and Russia reset their relationship in Helsinki or is it a waste of time?

Russian and US Presidents Vladimir Putin and Donald Trump are holding their first full-fledged talks on June 16. This is the first time, when Trump and Putin are meeting each other outside international summits. Many experts do not expect any breakthrough in the US-Russian relations as a result of the meeting in Helsinki, but they admit that the fact of the meeting itself is a positive sign per se. 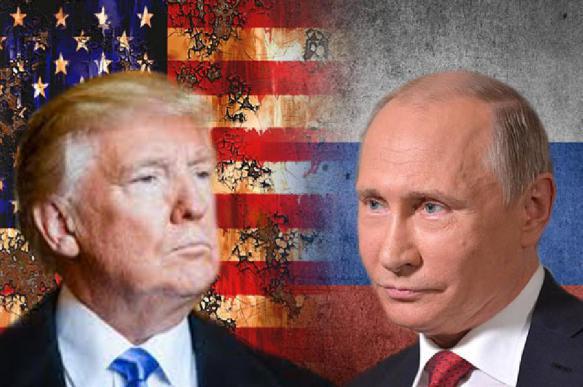 Prior to today's meeting, Vladimir Putin and Donald Trump met on the sidelines of the G20 international summit in Hamburg in July 2017 and during the APEC summit in Danang in November 2017. The choice of the city of Helsinki is not incidental as the capital of Finland had hosted US-Soviet negotiations on the limitation of nuclear stockpiles in 1969, and the 1975 meeting on security and cooperation in Europe. It is also worth mentioning that Mikhail Gorbachev and George H.W. Bush had held a meeting in Helsinki in 1990.

The capital of Finland will also welcome 1,500 journalists from 61 countries, for which a spacious media center with two saunas was arranged. Finland has introduced passport control on its border with other European countries, even though Finland is a EU member and part of the Schengen zone. In Helsinki, access to the square in front of the President's Palace will be blocked; all ferries arriving there will have to change the ports of arrival.

The talks were slightly delayed. The meeting of the two presidents was supposed to start at 1:15 p.m. However, Putin's airplane landed in Helsinki at 1:00 p.m. local time (coincides with Moscow time). Trump arrived in Helsinki on Sunday night, on July 15.

Putin was the first to have arrived at the President's Palace, where the US-Russian talks are being held. The Russian president arrived at about 1:40 p.m. President of Finland Sauli Niinisto personally welcomed his Russian counterpart. Donald Trump arrived about 15 minutes later.

The meeting between the presidents is to last for approximately three hours, including the press conference.

Russian President Putin said before the meeting with Donald Trump that the two leaders would discuss "sore points" in the world and problems in bilateral relations.

When the meeting started, Putin was the first to take the floor. "I am very pleased to meet you here on the hospitable land of Finland," he said.

"It's time to talk in detail about the relations between the two countries and global problems. We continue to have regular contacts: we have talked on the phone and met several times on the sidelines of various international events. But, of course, it's time to have a detailed conversation about both bilateral relations and various sore points in the world, and there are a lot of them for us to pay attention to," Putin said.

Trump's welcome words lasted longer. The US President congratulated Putin on Russia's successful efforts to hold the World Cup, as well as on the performance of the Russian football team in the tournament.

The two leaders will discuss trade, military issues, relations with China and nuclear weapons, Trump said. According to him, the two countries have a huge opportunity to improve their relations. The US president did not say whether he wanted to discuss questions related to Russia's alleged interference in US elections.

"I really think the world wants to see us get along. We are the two great nuclear powers," Trump said. "I think we can hopefully do something about that because it is not a positive force it is a negative force so we'll be talking about that among other things," he added.

Several hours before that, Trump blamed "US foolishness and stupidity" and "rigged witch hunt" for bad relations with Russia.

At the end of the open part of the summit, Donald Trump noted that he was waiting for a conversation, and then negotiations. "It's great to be here with you," he said. Afterwards, Putin and Trump went to the Gothic Hall of the Presidential Palace in Helsinki.