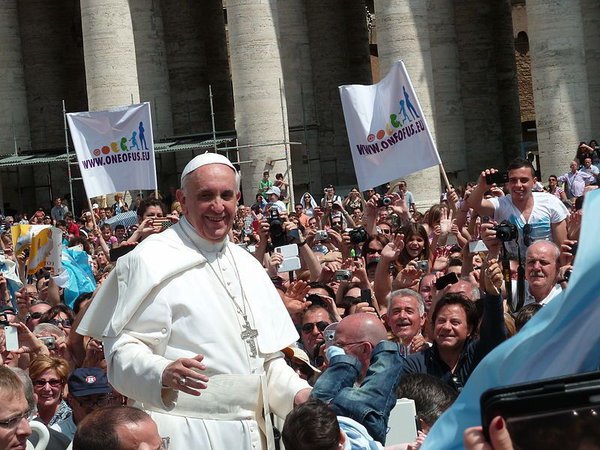 Pope Francis made his first explicit statement of support for former President Lula of Brazil; "The president received the rosary in the headquarters of the Federal Police in Curitiba", posted the Lula team on social networks, with a photo of Claudio Kbene; about a month ago, the Pontiff strongly condemned the coup at a mass in the Vatican; without citing Brazil or the name of Lula directly, he made a perfect description of what happens in the country

247 - Pope Francisco made his first explicit statement of support for former President Lula, held as a political prisoner 67 days ago. "Pope Francis sent a rosary to President Lula, a political prisoner for 67 days. The president received the rosary in the headquarters of the Federal Police in Curitiba ", posted the Lula team on social networks, with a photo of Claudio Kbene.

According to Mauro Lopes, editor of 247 and creator of the Caminho Pra Casa theological site, Lula "is the greatest Catholic political leader in Brazilian history." He explained that "Catholics who hate Lula and campaign against him do so not because they are Catholics, but because they are right-wingers."

On May 17, at the Mass in Santa Marta, which the pope presides over whenever he is in the Vatican, the pontiff condemned the coup in a hard way. Without citing Brazil or the name of Lula directly, he made a perfect description of what happens in the country:

"Obscure conditions are created to condemn a person. The media begin to speak ill of the people, of the leaders, and with slander and defamation these people get stained. Then it comes to justice, condemns them, and in the end, a coup is carried out," he said at the time.

The Pope's statement came shortly after a meeting with a delegation of young Brazilians who went to Rome to meet the Scholas Ocurrentes, an education project for Francis.

The rosary is an instrument of prayer and meditation of Catholics used for 800 years  and is composed of a succession of 10 Hail Marys interspersed by an Our Father and an invocation to the Trinity.

The ecclesial base communities of the Church were decisive for the formation of the PT in the years 1970/80 and the theologian Leonardo Boff and Frei Betto are the main spiritual advisers of Lula.

Lula is a candidate in this year's Presidential election in Brazil, despite being incarcerated in a political move to oust him, he is the favourite in the polls in all States of Brazil.