Sweden denies crimes of Lula and Dilma in Gripen fighter

Sweden denies crimes of Lula and Dilma in Gripen fighter 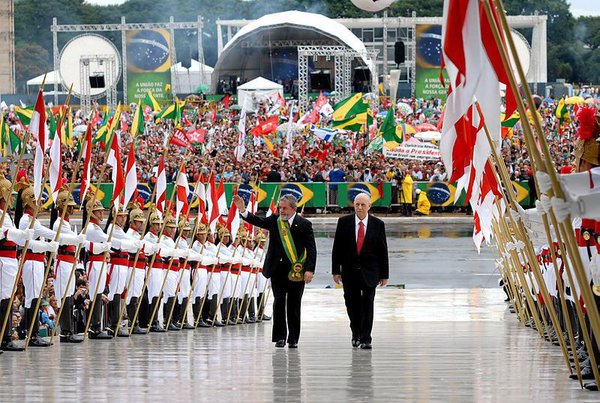 GGN News - The BBC reported on Tuesday that Swedish Prime Minister Stefan Löfven testified before the courts under the Zelotes operation and denied any wrongdoing or immorality practiced by Lula, Dilma, Saab or the Swedish government. in the negotiations involving the purchase of 36 Gripen fighters by the Brazilian government, for 5.4 billion dollars, in 2014.

The Swedish government and Saab are not among the defendants in the criminal case in Brasilia. Already Lula is accused of having practiced influence traffic with  Dilma when Brazil acquired the fighters. The operation would have involved bribes and the couple of lobbyists Mauro Marcondes and Cristina Mautoni, of M & M (Marcondes and Mautoni Empreendimentos), the office contracted by Saab to represent it.

In the matter, the Swedish premier says he is unaware of any "illegal, immoral or undue influence" of Lula and Dilma, and confirmed that he followed Saab's campaign to have Gripen chosen by the Brazilian government.

Negotiations with Brazil dragged on since the FHC government. And the prize, formerly, served as a union leader at IF Metall, who also participated in the Gripen pro-hunting campaign.

The premier also denied another assumption made by Zelotes prosecutors: "(...) according to MPF prosecutors, then party leader Löfven would have met with Lula and Dilma to address the matter during the funeral of former South African leader Nelson Mandela in South Africa in 2013. The claim, denied by Löfven during his testimony in the Swedish court, is also rejected by the former Brazilian leaders. "