The ways of return in the twentieth century

Martin Heidegger and Ruhollah Khomeini, although with due differences, have embodied in the last century an idea of revolution interpreted as a 'return' to an existential condition in which physical and metaphysical order were not hopelessly split. Let's analyze differences and similarities. 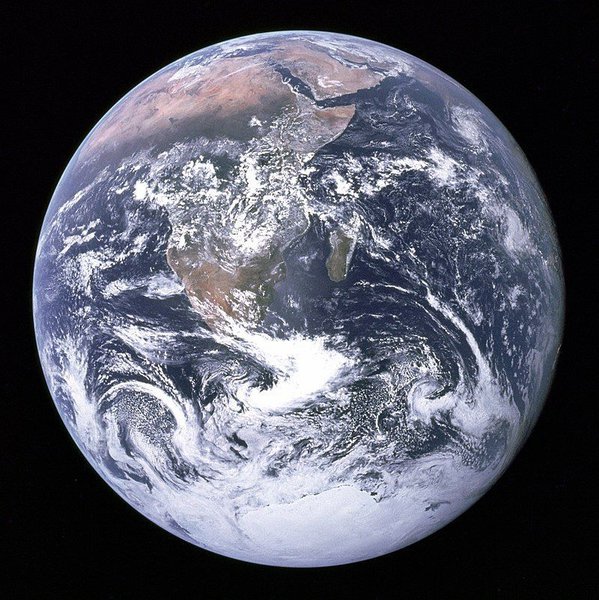 In a letter dated 1933 addressed to Carl Schmitt to congratulate the fortune of the work The concept of the politician who came to the third edition, Martin Heidegger was delighted with the great jurist for having mentioned the Fragment 53 of Heraclitus: Conflict, of all things father, of all things king, some gods, others servants, others free men made. In addition to showing appreciation for not having left out any term of the fragment and in particular the word Basileus (king), the German philosopher admitted to have in store for years a his particular interpretation of the short Heraclitean writing: an interpretation, in his own way of viewing, intrinsically connected to the concept of Truth. At the same time, however, Heidegger revealed to Schmitt that he himself was in the midst of a conflict and that every literary project would at that time take on secondary importance.

It appears immediately evident that in the Heraclitean fragment with the term pòleimos (conflict) we do not intend exclusively the armed conflict (the inferior or external jihad in the Islamic tradition) but also and above all an inner conflict (the superior jihad) aimed at perfecting the human being to make it truly man and therefore ever closer to the divine. Thus, for Heidegger this conflict was none other than the travail of the ego that would lead him to what he himself defined as a body to body with his own self, to abandon teaching for several years but also, subsequently, to produce his own most important mature works: the Nietzsche and the Broken Paths. Like Heidegger who identified in the Einkehr (recollection) the first step along the path of the Ruckker (return) as the only viable philosophical path in an age when metaphysics was perverted into its anti-essence, Imam Ruhollah Khomeini recognized how introspection and self-reflection were the essential conditions of the beginning of the inner struggle and the ascension to God. According to the Imam, self-discipline, contemplation and self-analysis were the prerequisites for every seeker of Truth who fights against his own self in his spiritual journey towards the path of "awakening" (yaqzah).

In the Imam's perspective, direct heir of the most genuine Shiite tradition and his irfan who has one of his central figures in Molla Sadra, man is a marvel that has two lives and two worlds within one existence: the life of the external world (associated with the body) and the inner life (associated with the occult and the inner or superior world). His soul belongs to the reality of the superior or celestial world, which consists of different degrees and levels with different ranks of "guardians". The cadre relative to the divine and intelligible powers draws man towards the sublime and pushes him towards the acts of virtue. But there is also a host of ignoble and satanic guardians that attracts man to the lower realities of darkness and infamy. These two different groups are in a state of perennial battle. A clash that also reflects the ancestral dualistic nature of the Iranian logos. When the forces of good prevail, man becomes a virtuous and blessed being who, by reaching the elevated station of the angels, rejoins the Being, the unique reality, God.

The fundamental metaphysical truth is constituted by the sentence "the Being is". And in metaphysical terms what actually exists is actually Existence. Everything exists through Existence while Existence exists in itself and nothingness could have no hold on It. And Existence is a unique reality, it is not pure abstraction, and opposes the unique idea of ​​nothing. Each unique idea can only refer to a unique reality. Existence is therefore a unique reality. However, Existence, like the light that sometimes appears dazzling, sometimes as a little light, manifests itself under different degrees and aspects that are nevertheless different modulations of its unique reality. Existence is the absolute and necessary Being, cause of the cause. The metaphysical truth "Being is" translated into theological terms is in fact transformed into "God exists". And the authentic proof of God is through God alone. The quest for Being is what has distinguished the intellectual efforts of both Martin Heidegger and Ruhollah Khomeini.

The great iranist Henry Corbin recognized that there was continuity and not a break in the intellectual path that led him to abandon the field of Western philosophy (and especially Heideggerian studies) to embrace that of Islamic theosophy. In fact, from his point of view, there were evident correspondences between Islamic theosophy and Heideggerian analytic. And it is no coincidence that Khomeini has often reiterated the complementarity between philosophy and gnosis. Now according to Corbin, Heideggerian philosophy provided the hermeneutical key for the understanding of transcendental philosophy. Western philosophy, unlike the Eastern one, has taken a wrong path that has led it to confuse Being with the Bodies and transform it into something usable and maneuverable instead of struggling to discover its fundamental reality beyond of the empirical observation of its manifestations. Hence the Heideggerian philosophical "effort" (the correct translation of the Arabic word jihad is just an effort) to reposition western philosophy in its correct metaphysical dimension: the purely apollonian logos of classical Greekness based on that idea of ​​verticality and hierarchy whose Modern annihilation has condemned man to relativism and nihilism.

The civilization of technology has the nothingness to its foundation. But the technique is metaphysical in itself: it is an artificial act of Western thought that has determined its own suicide (the destruction of the link between man, nature and culture). The universal man conceived by the civilization of technology has nothing of human as it is founded on the destruction of all that is human in us. He is a being transformed into a machine that lives an inauthentic existence. For this reason, Imam Khomeini often emphasized the need to be true men in the face of those Western colonialists whose cultural and economic interference in pre-revolutionary Iran was condemning the people to that same inauthenticity.

They do not want us to return to being human - the Imam said - because they are afraid by human beings; if they find one, of a man, they fear him [...] For this reason every time they found a real man they killed him, imprisoned him, exiled him or defiled his reputation.

Hence the idea of ​​the revolutionary act as an event / fracture space-time capable of bringing man back to that pre-metaphysical instant preceding precisely the distortion of metaphysics in the anti-metaphysics of the excess and calculability of the civilization of the technique. An event capable of completely overturning the perspective of that European Dasein (Being-in) that he had chosen not to be. While in the Khomeinist perspective the Revolution assumes its real meaning as re-evolution: as a return to tradition which, freed from any pernicious external influence, re-establishes the lost connection between the physical and the sacred. It is evident that this process coincides with the Heideggerian Ruckker. The Revolution assumes the value of a political act that originates from a profound intellectual and spiritual reflection and from the negation of what it denies: the nihilism of the West.

The German philosopher, often referred to as the most creative religious thinker of the twentieth century, emphasized the close connection between hermeneutics and theology. Hermeneutics is the key to understanding esotericism in sacred texts. The search for the true (alitheia) is to take out something secret, hidden. And the search for Truth corresponds to the "search" of the Imam hidden in the Shiite tradition and to the preparation for the event of his Parousia. Hermeneutics corresponds to the Arabic word tawil which in turn derives from the true awwala: bringing something back to its origins, to its archetypal meaning. And this is the meaning of the Heideggerian return.

If Heidegger did not directly influence the thought of the Imam firmly anchored to the Shia tradition and to the example of his teacher Mohammad Ali Shahabadi, who defined Reza Shah as a muleteer who opposed the Quran and Islam, his theoretical elaboration found a wide echo in many Iranian intellectual circles and among several thinkers who had a decisive influence on the revolutionary process such as Ahmad Fardid and Ali Shariati. Just Shariati said:

It was Heidegger who stated that we become part of what we know and, moreover, our only hope of being saved from this Western intoxication and this sick modernity is to understand the true spirit of the West.

Many of these thinkers found in Heidegger the philosophical inspiration to confront, remaining firmly anchored to their own tradition, with the imposition of Western modernity on Iran. And these thinkers focused in particular on the problem of inauthentic existence.

The reflection on Being comes from the relationship between man and space and time. The Da of the Dasein (the - in - of the Being - in) indicates at the same time a spatial and intellectual dimension. This is the point where the nous is: the soul or the intellect, the deepest root of the human being. Being human means first of all thinking. The knowledge of Being is reserved for human beings who, however, exist in different ways depending on how each of them (also in terms of a collective or symphonic person - therefore as a people / ethnos) according to the successful expression of the Russian linguist Nikolaj S Trubeckoj) actualizes / realizes the possibilities that he has in himself and establishes a specific relationship with the world. There is no single and universal system of thought. And the thought process is intrinsically linked to culture which by its nature is always ethnocentric.

It follows that the inauthenticity is expressed in the loss of its identity due to the imposition of alien philosophical models. This was the idea behind the concept of gharbzadegi (West poisoning) developed by pre-revolutionary Iranian intellectuals. The struggle against the imposition of Western modernity on Iran was one of the main causes of the revolutionary process that led to the birth of the Islamic Republic. Modernity has nothing to do with contemporaneity. This is a mere civilization model. And in the contemporaneity there are still traditional societies of which some of the realities of the Islamic world are the most evident examples. If Khomeini could face his battle on a favorable ground in which, paraphrasing Nietzsche God was not yet dead, Heidegger could not do the same. And that's why in one of his last interviews he declared:

only a God can save us.