'Turkey's choice' is not only Turkey's

Turkey is gearing up for an important election that is going to take place on June 24th. Turks will choose their new President who will be in office for the next five years and they will also choose their candidates for the new 600-member Turkish Parliament. 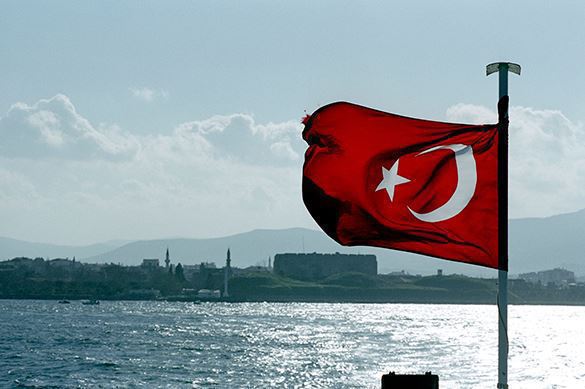 Although there is no certainty as to the percentages, many analysts agree that the Cumhur Alliance between incumbent President Erdogan's AK Party and the nationalist MHP will win a majority in the parliament and a similar result is expected for the Presidential elections. According to the Turkish election system, candidates need a minimum of 50% votes in order to be elected in the first round. President Erdogan is projected to get between 50% to 54% of the votes according to the latest poll and, it looks like the last-minute developments that will take place before the election will determine the outcome.

President Erdogan and the AK Party have been victorious in 12 elections in the span of the past 15 years and those 12 elections included five general elections, three local elections, three referendums and one presidential election. This success stems from the united front the Turkish people show under President Erdogan's leadership. When President Erdogan first stood in the Istanbul municipality elections back in 1994, he got only two million votes. In the latest referendum, his votes had reached 26 million. With every new election, more voters have rushed to his side, which proves that he has a solid, unwavering voter base. Most of those voters showed their loyalty to President Erdogan and the values he represented by pouring out on the streets on the night of the failed coup attempt on July 15, 2016.

Unlike the previous ones, this election will generally be a competition between Erdogan and his opponents. So much so, the election campaigns of the opposition have focused mostly on their anti-Erdogan stance rather than talking about their visions and goals. For example, while President Erdogan mentions his targets for 2023 and relevant projects to reach these targets, the other candidates merely talk about how they will stop those projects if they get elected. In this sense, the June 24th elections are poised to be one of the most interesting ones in history.

Although it looks like only Turkey will make the choice on June 24th, the outcome of this election will definitely have important consequences for the region and the world. The personal friendship of Putin-Erdogan-Rhouani has played an important role in the recent Turkish-Iranian-Russian rapprochement and the Qatari Amir benefited greatly from this alliance due to this personal friendship with President Erdogan. A look at the Western mainstream media easily reveals that this alliance was an important reason behind the current anti-Erdogan stance in the Western world. The British deep state, which has been traditionally against such a united front, now employs all of its propaganda resources and media power with the hopes of affecting the election outcome in Turkey. This deep structure believes that if a Turkey without Erdogan comes out of the elections on June 24, this important alliance, which is a balancing factor for the Middle East, will get weaker and the British deep state will once again get control.

If a plot to achieve this scenario becomes successful and endangers the continued leadership of President Erdogan, the next stage of the plan, which is the division of the region, will almost certainly begin. Even though the main opposition party in Turkey has also been always against the idea of the separation of Turkey, the resulting environment will present a suitable opportunity to those that have been making such sinister plans. President Erdogan saw this risk a long time ago, and paid great attention both to national unity and the alliance between Russia, Turkey and Iran. However, if the plot against him succeeds, the new leaders will probably fail to understand the importance of such unity or will be forced to do the opposite and Turkey will easily slip back into its previous role, where it was beholden to the Western world. This would lead to a swift separation process for Turkey, followed by the fragmentation of the Middle East. This is the reason why certain deep circles consider Turkey's elections crucial. They conspire against President Erdogan using all the resources available to them while the Turkish people continue to support him with all their might. At a time when the danger is all too real and far too big, this support should be stronger than ever.

Readers will recall that Russia had been once the target of similar plots, but President Putin's strong stance rendered them ineffective. The sinister projects to divide the Middle East can be stopped only by strong leaders that understand the significance of unity in the Middle East and the Caucasus.

Erdogan and MHP leader Bahçeli built an important alliance for this election, as both leaders think that Turkey is under attack, just like the majority of the Turkish people. They consider the legal coup of December 17-25, the military coup attempt of July 15, and the terror groups dominant in Iraq and Syria as a part of the war waged against Turkey. For this reason, the Cumhur alliance is important in that it successfully brings together the voters. The recent increases in foreign exchange and interest rates are also seen as another part of this attack. These leaders know perfectly well that the British deep state always plays the economy card in such sensitive times and credit rating institutions that keep saying 'don't invest in Turkey' are always used for this very purpose. This ruse is definitely not new. Since the Turkish people are well aware of it, no one really thinks that this strange turn of events in the economy will have a significant impact on election outcome.

The June 24th elections are also important for other reasons: the age to be elected and vote has now come down to 18. Turkey has a very young population, with the average age being 28. Therefore, the Turkish youth wishes to vote for the future. 56 million people will cast their votes in the June 24th elections in Turkey, one of the most important democracies in the region.  It is important to note that a strong Turkey will be in the best interests of everyone in the region. The Turkish state and President Erdogan showed recently that Turkey would pursue fair and selfless policies. The continuing stability of Turkey is vital for a permanent peace in the region.