Italy: At the mercy of the Stranger

Never as in these moments come to mind the words of Dante, when he referred to the Italian land as "Ahi servant Italy, grief hostel, ship without coachman in a storm, not a woman of the provinces, but brothel!". Anyone who has placed hopes on the future of our homeland after the April 4 elections, has realized how vain they were on Sunday 27 May. After two months of difficult negotiations, the 5 Stars Movement and the Northern League of Matteo Salvini had reached an agreement to form the new government. They also wrote the list of ministers who could take office the following Monday to start working and, in their ideas, correct some of the distortions in our country. 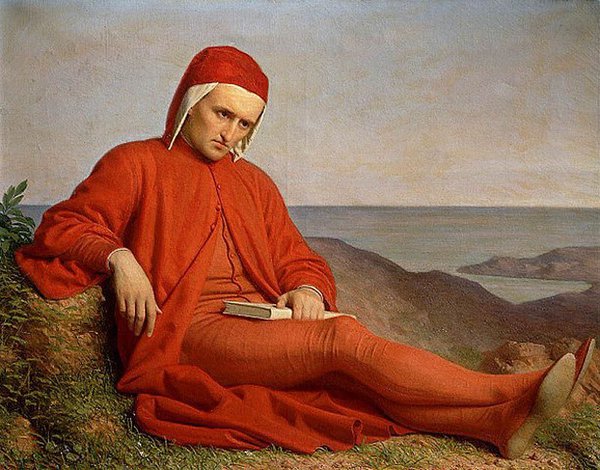 But no. The interpretation of the Constitution made his own by the president of the Italian Republic, Sergio Mattarella, has meant that the agreement failed, officially on the name of Paolo Savona, chosen as future minister of the economy. Paolo Savona has always been a man of establishment, holding prestigious positions in the Italian system. He is a university professor of economics who has participated in the drafting of the European treaties: he knows them well, having seen them born. Above all, he is perfectly reminiscent of how the Italian economy was at the time of the old currency, before the Euro. To his shame he was accused of having criticized just... Euro and Europe, as they are today. Savona wanted to sit down at a table with the Germans, the French and the other beautiful souls of northern Europe and re-discuss the treaties, correcting the worst to get the best. An ambitious program and perhaps a little naive, given the pitiless with which he would have to confront himself. Has Greece taught anything to anyone? However, President Mattarella refused the name of Sergio Savona and this precipitated the situation. He could not do it, according to some, or he could, according to others. The Italian Constitution sometimes seems to be only a smoky and arbitrary exercise of interpretations.

In the previous days, Italy has been treated in an ignoble way by the international press: we Italians have even been called "scroungers" by the German newspapers. The intelligence services of Germany would have been alerted about Italian choices. The spread on our bonds began to rise, as it was obvious to expect. Even some English newspapers, which have not yet digested the Brexit, thrown fuel on the fire. The great Italian press has kept faith with its consolidated nature as a servant of the regime, criticizing again the choices of Italian voters, even defining them as "plebeians" and without paying attention to defend that homeland from which receives substantial funding, paid with the taxes of the Italians who work.

Both the 5 Star Movement and the Northern League reacted angrily to Mattarella's choice, accusing him of being prone to foreign interests and forgetting Italian ones. In particular, Luigi Di Maio of the 5 Stars spoke of impeachment against President Mattarella accusing him of a blatant violation of Article 92 of the Italian Constitution. However, I fear that this road is very uphill, like that towards new elections.

This is Italy now. You can not criticize the Euro and the European Union otherwise the "markets" jump on you and keep you from having government and ministers, even if there are numbers to have them and the people voted for them. Mattarella immediately proposed Mr. Carlo Cottarelli as a possible Prime Minister and I would not be surprised if the list of ministers was already ready. He is another expert in economics (sic!), but very welcome to international finance. I wonder which politician in our Parliament will have the courage to vote for Mr. Cottarelli. It would be a political suicide because there will be no majority to form an alternative government to that of League-5Stars.

Italy is not a German colony. We must not and can not account for our actions in London, Berlin, Brussels and in every criminal economic club that oppresses people and fattens the banks. For too long we have accepted abuses by Merkel and her puppet Juncker. It is a German problem if Deutsche Bank is a debt bomb ready to fail. It is not up to the Italian people to save it, certainly not being reduced to hunger to satisfy the German bankers. For too long, however, we have allowed others, from outside, to decide the Prime Ministers of the Italian government through a continuous and ruthless interference in our internal affairs. The more we gave up, the more they ask. But submitting is a pathological defect that must be fought and not exalted. Tsipras has betrayed his people, condemning Greece to stagnation, hunger and misery. Betrayed by its highest vertices, Greece is now prone, with its back almost broken: the cradle of Philosophy would need a new Pericles, but there is none on the horizon.

Here, the mayor of Rome, Mrs. Virginia Raggi, has the clean face of good people. She put her hands to a difficult situation, in some ways a true can of worms and began to remedy to the way of doing politics of those who preceded her. Imagine a national government of like-minded people. We do not ask them to be perfect, free from errors and faults. We ask them to love Italy truely because true love brings with it, of course, clear obligations and imperatives. The old Italian political class is therefore not alone and simply frightened by the new advancing: it is terrified by it. It is afraid of ending up in jail first, swept away by new judicial inquiries, then going to History like that bunch of pigs who treated their country as a manger to binge, while they sold it out to the Stranger.

Italy must be different. Italy must have a destiny different from being at the mercy of the Stranger. So I ask to the Italian readers, my compatriots, everyone, even those in uniform, I ask them too: are not you tired of this filth? Do you not have enough of how we are treated and how we are betrayed? Are you not tired of the nothing that we are becoming day after day and that is exactly the opposite of what we were, of what we could be?