Ukraine virtually ended its participation in the work of the Commonwealth of Independent States (CIS) in 2014. Recent statements from the Kiev authorities on the termination of Ukraine's activities within the CIS was only made for a show to impress the West, representatives of the Russian Foreign Ministry said. According to Maria Zakharova, an official spokeswoman for the department, the procedure for Ukraine to formally exit the CIS will take about a year and will affect primarily Ukrainian citizens. Yet, experts believe that the process will take more than just one year, whereas Ukraine will have to suffer multi-billion losses. 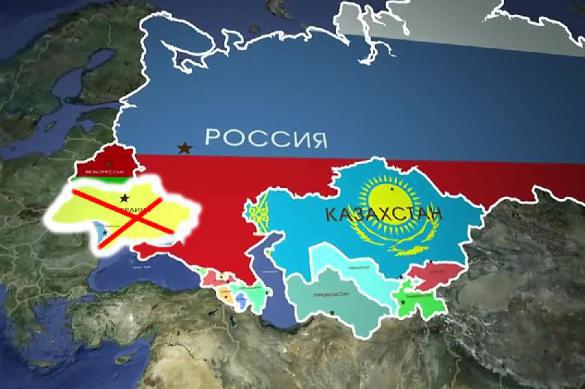 "After the coup d'état in 2014, Ukraine refused to assume the functions of the chairing state in the organization. The country called off its ambassador to the CIS, as well as officials working at the CIS Executive Committee. Kiev did not sign any decisions made by the highest statutory bodies of the CIS and minimized its participation in their meetings. Since 2017, when the chairmanship in the organization passed to Russia, Ukraine stopped sending its representatives to meetings," Maria Zakharova said.

"One does not have to talk about Kiev's participation in the work of CIS statutory bodies, which Ukrainian President Poroshenko intends to end. In practice, this decision of the Ukrainian authorities is reduced to the closure of the country's permanent office at CIS headquarters in Minsk and the withdrawal of two diplomats working there," the Foreign Ministry spokesman said.

"It is unfortunate that ordinary citizens of Ukraine will be affected with the obviously politicized actions of the Kiev authorities. For them, the withdrawal from the Commonwealth is served as the only opportunity to move on the path to the cherished dream of integration with the European Union. At the same time, the CIS was not stopping the Ukrainian side from doing this. However, the current Ukrainian authorities, apparently, disregard all this and follow the geopolitical intent to  completely terminate Ukraine's ties with Russia and the CIS," Maria Zakharova said.

It is worthy of note that Ukraine had not ratified the Agreement on the establishment of the CIS from December 8, 1991 and was an associated member of the Commonwealth only.