Why should Russia "keep quiet" during arguments between the European Union and the United States? Hungarian political scientist Gabor Stier believes that Europe is ready to lift sanctions from Russia. In addition, the scientist believes, European leaders put pressure on Ukrainian President Petro Poroshenko to force him to implement the Minsk Accords, albeit covertly, not to make it look like a gift for Russian President Putin. 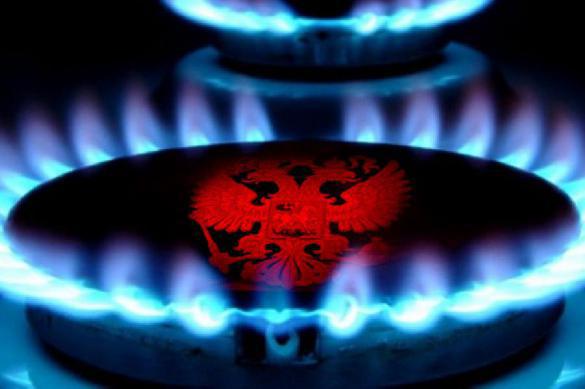 "Why does Trump talk ultimatums?"

"It is not actually Trump who talks that way. In US foreign policy, it is the State Department, the Pentagon and influential circles that decide what to do, and Trump only serves them to carry out their orders. At the same time, he does not mind ultimatums much, because in domestic politics he promised to strengthen the American economy. Therefore, it remains in the interests of his electorate to increase pressure on Germany, to raise duties on European imports and sell US liquefied gas to Europe.

"Unfortunately, there are big disagreements about the Nord Stream 2 project within the European Union. On the one hand, Europe is interested in steady supplies of cheap Russian gas that counts for  30-40 percent of Europe's gas consumption. On the other hand, there are EU countries that are interested in Nord Stream 2. This pipeline is advantageous mainly to Germany and the Netherlands as direct consumers. The project will make them feel more secure, because Ukraine is an unreliable transit partner.

Yet, ten countries of the European Union - central and southern ones - signed a letter to the European Commission, in which they objected to the domination of the Nord Stream 2 project. The implementation of this project would close the pipe from Ukraine, and the fuel for those countries will become more expensive as they would become dependent on Germany. The objecting countries want to receive natural gas through the Ukrainian pipe, whereas the Nord Stream could supply the fuel to the north of Europe."

"Can Europe buy liquified natural gas from the USA?"

"Central Europe is 70-80 percent dependent on the Russian gas. If Germany can afford buying US gas, then the economy of weaker and smaller EU states will not be able to take it up. Wealthy EU states do not want to purchase LNG from the USA, but weaker states simply cannot afford it."

"The head of the European Commission, Jean-Claude Juncker, said that the EC would take "decisive steps" to protect the interests of the European Union. What kind of steps do you think they can be?"

"It depends primarily on Germany and France that defend economic European interests in the transatlantic competition. The European Union is opposed to USA's decision on Iran because major EU companies have major projects in Iran. Europe does not want to impose more sanctions on Iran, since it is not beneficial for Europe to support American sanctions. These are semi-political and semi-economic steps. The policy of Europe is changing in light of new economic interests. Slowly but surely, Europe comes to realise that it has its own interests that should be defended. The EU does not have too much will to start a major fight with the United States. Yet, if German businesses insist on lifting sanctions from Russia, Merkel and Macron may listen."

"What is Russia's role in such complicated relations between Atlantic partners?"

"For Russia, it would be best to sit and watch. If Russia intervenes, the USA will say: "Here, we warned you that Russia is trying to divide Europe." America always raises the issue of the Russian threat when it comes to the need to put more pressure on Europe."