Iran nuclear deal will change the world as Trump wants

Europe is trying to resist Donald Trump's decision to pull out from the "nuclear deal" with Iran, but the EU will have to surrender to the mercy of the winner. Nevertheless, one should bear in mind the fact that politics, as a rule, serves the interests of business leaders, and the Rothschilds are a European family. 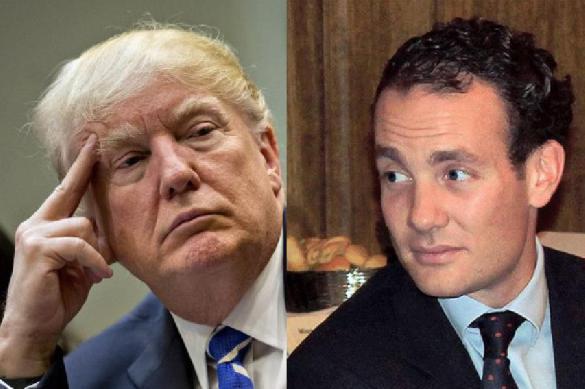 The European Union did not support Donald Trump's decision to exit the "nuclear deal" with Iran. Nevertheless, the Europeans (and not only them, but the whole world), will have to end their business relations with the Islamic republic within the next few months, or they may come across brutal US sanctions otherwise.

"The European Union is ready to challenge any unilateral action that would affect the interests of European companies and respond in accordance with WTO rules," a representative of the French government Benjamin Griveaux said.

The reason for the crisis in the transatlantic relationship is simple. After the sanctions were lifted from Iran in 2015, the Europeans started investing heavily in the Iranian oil and gas industry. Also, billion-dollar contracts for the shipment of Airbus aircraft to Iran were signed. Paris, London and Berlin now want to rescue those agreements with the support of the IAEA. According to the latter, Iran has been abiding by its obligations without gaining the benefits that it was expecting.

Vitaly Naumkin, director of the Institute of Oriental Studies of the Russian Academy of Sciences, told Pravda.Ru, that "the Americans will put pressure on the Europeans." "I do not believe that the Europeans can pursue an independent course towards Iran. They will certainly put pressure on the US claiming that Washington is hurting their businesses, which is a bad in terms of the prospects of the situation in the Middle East." Yet, Donald Trump will not change his mind, and the Europeans will eventually surrender, or course," the expert told Pravda.Ru.

It is worthy of note that Airbus manufactures its spare parts in the USA. Therefore, in order to annul a contract, it is enough to cancel those supplies.

Growing oil prices are extremely important for Russia and its budget. However, this is a temporary phenomenon, and prices will return to their previous levels later. " In general, the decision of the US president comes as a very serious destabilizing factor for the Middle East," Vitaly Naumkin said in an interview with Pravda.Ru.

Like the EU, Moscow and Beijing have not pulled out from the Iranian nuclear deal. China has never stopped buying Iranian oil. Russia and China will not let Trump take his sanctions through the UN Security Council. Teheran has a chance to withstand pressure.

Europe's single approach to the policies of the Trump administration regarding the Iran nuclear deal is to be elaborated on May 17 at the summit of the leaders of EU states in Sofia.

Can the European Commission help private businesses? French bank BNP Paribas had to pay billions of dollars in fines for its cooperation with Iran. For private European businesses, there is a risk to be cut off from the US market, including from both the supplier market and the US financial system. It goes about big money and high risks, so conclusions are predictable.

Nevertheless, the world will change a lot. Iran does have gas fields that serve as an alternative to Russian ones, and politics, as a rule, serves the interests of big business.

"In this particular case, the American sanctions will affect the interests of big European businesses considerably, and reactions will follow shortly. The Americans are, of course, cool guys, but let's not forget the fact that the Rothschilds own almost $500 trillion and they are a European family. Europe needs cheap energy, because their goods will lose competition to American and, most importantly, Chinese ones," executive vice president of NewTech Services, professor at the Russian State University oil and gas Valery Bessel said.

Interestingly, the Rothschild dynasty is currently led by 35-year-old Alexandre Guy Francesco de Rothschild. The Rothschilds are a well-organized and close-knit family group counting seven generations of bankers. Their most recent political project ended up with the elections of Emmanuel Macron as President of France. Macron used to work at the Rothschild Bank.

USA strangles Iran with sanctions
15:47
Finnish admiral suggests Russians be buried in the land of Finland, as in 1939
15:27
India stops negotiations with Russia on the purchase of Ka-31 helicopters
15:00
Up to 16,000 Ukrainian soldiers entrapped in Luhansk People's Republic
14:53
Expert explains what caused the 'firework' above Azovstal
13:28
Azovstal falls: 265 Ukrainian fighters leave steel plant and surrender
13:06
Moscow says Finland and Sweden's entry into NATO will 'untie' Russia's hands
12:53
Kremlin declared the United States hostile to Russia
21:11
Ukraine blows up ammonium nitrate to accuse Russia of chemical attack
17:46
Ukraine can skip Membership Action Plan on its way to NATO
17:34
Azovstal militants reveal how many days they can hold out
World
Chechnya thanks the West for the weapons supplied to Ukraine