A message from Iran

The situation in the Middle East is about to reach a new level of watch due to the approaching of the May 12 deadline when, if no different factors are involved, the Trump administration could really announce the unilateral withdrawal from the JCPOA treaty, the nuclear agreement signed by Washington with Teheran. Davood Abbas of ParsToday gives us here the Iranian point of view, at the light of the sentence of guilt issued to the Islamic Republic by a federal court in New York and the latest diplomatic message released by the Iranian Foreign Minister, Dr. Zarif . If, on the one hand, a federal judge in New York recognized a part of guilt to Iran in the attacks of 11 September 2001 and sentenced it to compensate the families of the victims, on the other hand, Dr. Zarif clarifies once and for all that the unjustified withdrawal of the United States from the JCPOA will not open the way for new diplomatic negotiations in this regard. In the background there are the unheard oppositions of the other Nations guaranteeing the agreement and the powerful example of North Korea, whose determination to equip itself with the atomic weapon seems to have changed in its favor the geopolitical situation on the entire Korean peninsula. 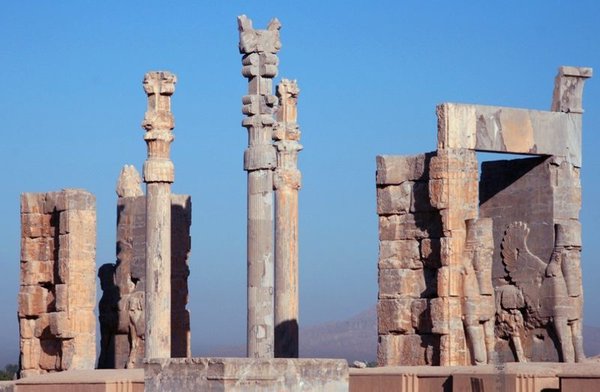 Q) Mr. Abbasi, why did Iran sign the nuclear treaty with the United States?

A) Iran has signed a nuclear treaty with six Nations, i.e. with Russia, China, France, Germany and the United Kingdom, as well as with the United States. It would never have signed an agreement with Washington alone. The Iranian political world does not believe the American government is reliable. The announced withdrawal of Donald Trump from the agreement, scheduled for May 12 and the failure to implement the commitments made on it by the White House, testifies that Iranian politicians cannot be blamed. The signing of the agreement with the group of 5 + 1 countries was probably an opportunity, that the highest Office in Iran, the Ayatollah Seyyed Ali Khamenei, wanted to give to the front of the reformists, who had won the elections in 2013 with Rohani and that believed that, with the negotiation, it was possible to solve the problems with the West. It is bitter to admit it but, today, the behavior of President Trump shows that this was just a chimera and that diplomacy and the civil solution of the nuclear problem, wanted by Iran, is not a language that Americans understand.

Q) One gets the impression that the JCPOA was completely addressed in favor of Iran. Has anyone suspected a trap, an agreement to be respected only formally to calmly prepare a colorful revolution against the Islamic Republic?

A) The JCPOA, as the Iranian authorities have repeatedly said, had advantages for Iran but also disadvantages. It is in the spirit of any compromise. Whoever presents it as an absolute evil is wrong but also those who presented it as a manna from heaven have made a mistake. It is not possible to completely rule out that it was also the beginning of a regime change attempt in Iran, but if this was the case, I believe it has failed miserably. Today, the Iranians have very clear ideas about international politics and their appreciation for the system of the Islamic Republic is still at very high levels.

Q) Has Iran complied with the treaty requests? And the United States instead?

A) Iran, on the basis of the regular IAEA certifications, the UN agency for atomic energy, has respect the JCPOA by thread and by sign from 6 January 2016, day of implementation of the agreements. The United States has already violated them in 2016, approving new sanctions against Iran. After the end of the Obama mandate, the violations characterized by new sanctions have been more intense and President Donald Trump, through the Treasury Department, has issued threats especially to the big European banks, warning them not to work with Iran, in spite of the agreements that provided for the end of bank sanctions against Iran.

Q) In your opinion there were some confidential parts of the treaty, not available to the general public?

A) I always felt that it was so, even if the Iranian authorities and those of other countries deny this possibility. The fact is that, strangely, Rohani's government has stopped other sectors of scientific research too, in addition to nuclear power. As an example, it almost acquitted the Iranian Space Agency, freezing all the projects, right after the JCPOA. It seems strange to me that this is a coincidence or that this is due, as the Iranian authorities say, only to a lack of funds.

Q) Why do the Americans persist in accusing Iran of developing long-range missiles? Was the development of the missiles within the chapters of the JCPOA?

A) Really, Iran develops medium-range missiles that do not exceed a range of 3000 km. It is Iran's only defensive weapon and the Americans know it well. Probably they hope to induce Iran to renounce to the missile program to reduce it defenses and then be able to attack with a pretext. The attack against Iraq and Saddam's non-existent chemical weapons teach that once the decision to go to war is made, making a casus belli is a child's play. The development of the missiles was not included in the JCPOA, at least on an official level and I think the Americans are irritated by the fact that this was not included. In this condition, and even without nuclear power, Iran continues to be a stable, secure Country and increasingly a regional power.

Q) A federal judge in New York condemned Iran to compensate the 9/11 victims. This is tantamount to a conviction of guilt. Is an American attack on the Islamic Republic possible in retaliation?

A) A bipartisan commission of the Senate, two summers ago, established that 15 of the 19 Twin Towers bombers were Saudis and had received funding from princes of the Saudi royal family. I believe that the sentence of the New York judge has a lower value and in any case, remains not credible before the eyes of the international community. As far the attack, as I have already mentioned, the problem is not whether or not a casus belli is produced, which is so often produced at a table in a flash. The problem is being able to get the better, militarily, against Iran, which at least today is not possible, not even for the United States.

Q) What realistic implications can one expect from Dr. Zarif's message?

A) I believe it is a clear message from Iran to Trump and a serious warning. As if to say: "If you do not want nuclear agreement, you will be satisfied". The problem is that the nuclear agreement also kept down the profile of Iran's confrontation with US allies in the Middle East, namely Saudi Arabia and Israel. Silenced the JCPOA, Tehran could decide to respond to the provocations of these Countries, also because it would have nothing to lose. I do not think it is a coincidence that the UN Secretary General, Antonio Gutierrez, has told the US that a withdrawal from the agreement creates the risk of war.

Q) What lesson can Iran draw from the recent policy of North Korea?

A) Unfortunately, it can only draw the conclusion that in order to have peace it is necessary to prepare war. The North Koreans have been taken into consideration, even for a peace dialogue, only after they have reached the capacity to produce nuclear bombs and after having developed missiles powerful enough to reach US ground. A confirmation of the very bitter reality that the greatest power in the world today understands very well the language of arms and military force but not the language of dialogue and diplomacy. The probable withdrawal of Trump from the nuclear agreement is the demonstration of this bitter reality.