South and North Koreas united: Daydreaming in an ivory tower

The summit of the two Koreas began on Friday, April 27, in the border village of Panmunjom in the House of Peace, where the South Korean President Moon Jae-in and the leader of the DPRK Kim Jong-un met, Yonhap reports. 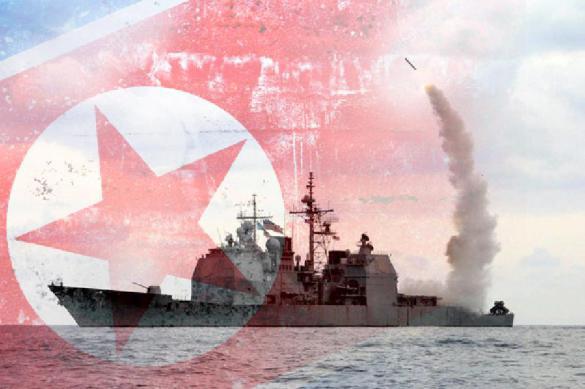 The two leaders sat at the table of negotiations with two people sitting near them on both sides. To Kim Jong-un's left, one could see his own sister, Kim Yo Jong, who has visited South Korea before  for the opening of the Winter Olympics. To his left, there was Deputy Chairman of the Central Committee of the Korean Workers' Party, Kim Yong Chol. Moon Jae-in was sitting in the company of the head of his administration, Im Jeong Sok and the head of the national intelligence service, So Hong.

The historical event was broadcast live. Prior to the talks, Kim Jong-un exchanged a handshake with Moon Jae-in; the handshake lasted for about 30 seconds.

South Korean President Moon Jae-in started talking first. He urged the North Korean leader to reach results during the talks. Kim Jong-un spoke next. He said that the DPRK delegation arrived for the talks "with the feeling of the start of a new historical process on the road to peace and prosperity." "We have arrived here with a hope of opening a new page in the history of the two Koreas. I am sure that we will be able to hold constructive talks with President Moon Jae-in that will lead to positive and significant results," he said.

Moon Jae-in, in his turn, noted: "At the time when Chairman Kim crossed the military demarcation line, Panmunjom became a symbol of peace, not segregation." I would like to once again express my respect to Chairman Kim Jong-un, who made today's meeting possible."

The President of South Korea also called on the leader of the DPRK to bring peace and prosperity to the Korean Peninsula together. "I realize the responsibility on our shoulders, and I am grateful to you for the determination and courage that you showed having arrived for these talks, so let us together show courage and determination and bring peace and prosperity to the Korean Peninsula. The demarcation line is no longer a symbol of discord, it has become a symbol of peace," said Moon Jae-in.

The two leaders also said that they would strive for the total denuclearisation of the Korean Peninsula.

After the two leaders exchanged official statements, journalists were asked to leave the room.

Later, a representative of the South Korean administration told reporters that during the talks, Kim Jong-un came up with a proposal to hold such summits more often "to build peace." He also said  that he had arrived for the talks "to put an end to the confrontation on the Korean Peninsula."

The official noted that Kim Jong-un expressed his willingness to visit Moon Jae-in's residence in Seoul, if he received such an invitation. For his part, Moon Jae-in said that he would like to visit the sacred mountain of Paektusan in North Korea.

During the talks, the President of South Korea suggested joining the railways of the two countries, a representative of the South Korean administration said.

After a brief conversation between the two leaders, the morning part of the talks ended. The North Korean leader left the territory of South Korea and returned to the DPRK on his limousine.

The leader of the Democratic People's Republic of Korea brought buckwheat noodles from Pyongyang as a treat for President Moon Jae-in at the inter-Korean summit.

Observers noticed that during the handshake on the border, the two leaders were standing on their own territory. However, after they shook hands, Kim Jong Un invited Moon Jae-in to move to the North Korean territory, which he did. Afterwards, the leaders returned to the territory of South Korea.

The summit opens a way to stabilise the crisis and reducing tensions on the Korean Peninsula. It is the third such event in the history of South Korea and North Korea since the end of the Korean War in 1953.

According to Yonhap agency, the behavior of the South Korean military showed that it was a clear  reminder of the fact that the North technically still remains an enemy of South Korea since the time of the Korean War in 1950-1953." As a result of the war, a truce was concluded between the two countries, but the peace treaty was never signed.

During the talks with the South Korean president, Kim Jong-un suggested leaving critical moments in relations between the two countries in the past, a representative of the South Korean administration told reporters.

The North Korean leader called for developing exchanges between the citizens of the two countries.

"The border line is not so important, it can eventually be erased if more people cross it," said Kim Jong-un.