The Trump administration is looking for a replacement for the American military contingent in the north of Syria. If the United States agrees with Saudi Arabia, the situation in the south of the country will become a lot more intense as Iran and Israel stand on the brink of war. Does it all depend on Putin's decision, who still remains angered with the most recent bombings of Syria? 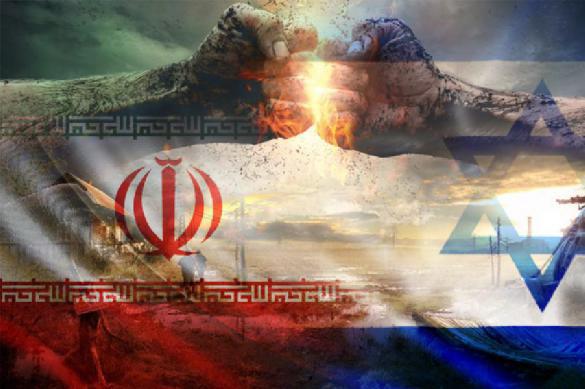 On the night of April 17, Syrian Shayrat air base in Homs was shelled again. Pentagon officials said that the United States was not conducting military operations in the region. Iran held Israel responsible and threatened with "an appropriate response," Haaretz newspaper reported citing a statement from official representative of the Iranian Foreign Ministry, Bahram Ghassemi.

Iran has thus made another "unworkable threat." The previous one was made after the air raid on the T4 base on April 14, when, according to the Syrian media, 14 people were killed, including the Iranian military and the commander of Iranian "unmanned" troops. Israel covertly confirmed the attack, The New York Times reported. "The Zionist entity will sooner or later be struck for attacking the T4 airfield in Syria," said Bahram Gassemi.

The Supreme Leader of the Islamic Republic of Iran, Ayatollah Ali Khamenei, described the bombing of Syria as a "crime committed by Israel. He said that Israel's actions "will not remain unanswered," Lebanese TV channel Al-Mayadin reports. No less threatening remarks come from the administration of Hezbollah movement.

Vladimir Fitin, an expert at the Russian Institute for Strategic Studies, told Pravda.Ru, that "the exchange of such rhetoric between Israel and Iran has become commonplace." "The Israelis also periodically fire missiles at the territory of Syria, claiming that they will not allow Iranian bases to appear, nor will they tolerate the buildup of Iranian military hardware near Israeli borders. Yet, neither Iran nor Israel want a major war to happen. Most likely, the whole matter will be limited to another portion of bellicose statements," the expert said in an interview with Pravda.Ru.

However, Tim Lister, an analyst at CNN, believes that it is Russian President Vladimir Putin who holds Iran back. "President Putin has long had a good relationship with Israeli Prime Minister Benjamin Netanyahu but this week warned him against further military action in Syria, following airstrikes against Iranian militia last weekend that were attributed to the Israelis," the author believes.

After the Islamic revolution of 1979, Iran terminated diplomatic relations with Israel and still does not recognise the legitimacy of the existence of the Jewish State, claiming that Israel is a threat to Iran's national security.

Since the very beginning of the Syrian conflict, Tehran has been increasing its military presence in Syria, preparing for a protracted military conflict with Israel, and possibly for a battle for the Golan Heights that Syria lost in 1967. Even if this war is waged indirectly through Hezbollah, missile strikes against Iranian bases show that Tel Aviv is ready for a direct military confrontation with Tehran too.

Other countries could be involved in the conflict. According to The Wall Street Journal, the United States offered Saudi Arabia, Qatar and the United Arab Emirates to send "their troops" and "billions of dollars to Northern Syria to help restore the region." As Vladimir Fitin told Pravda.Ru, it does not go about assistance for the official government of Syria - the Americans want to take care of  what they have been supporting in Syria with the help of their armed forces. Arab countries of the Arabian Peninsula are very unlikely to invest money as soon as Washington tell them to, as they have too many problems of their own.

It is worthy of note that Iran accuses Saudi Arabia, with which Tehran does not have diplomatic relations either, of "supporting the Zionist regime and terrorism."

Israel and Saudi Arabia to strike Iran
21:11
Ukraine blows up ammonium nitrate to accuse Russia of chemical attack
19:35
German Leopard 2A4 heavy tanks spotted in Ukraine
17:46
Ukraine can skip Membership Action Plan on its way to NATO
17:34
Azovstal militants reveal how many days they can hold out
16:47
Russia and Ukraine reach agreement to evacuate wounded from Azovstal
16:12
Expert says why Kyiv was interested in nuclear weapon before Russian operation started
15:33
Putin at CSTO summit: Russia does not have any issues with Sweden or Finland
14:47
Renault Russia to start producing Moskvich cars
13:27
McDonald's decides to leave the Russian market completely, but then comes back
13:18
Bilateral trade between Russia and Finland collapses
World
Chechnya thanks the West for the weapons supplied to Ukraine