The low blow as a rule: between the Atlantic and Russia there is no more room for diplomacy 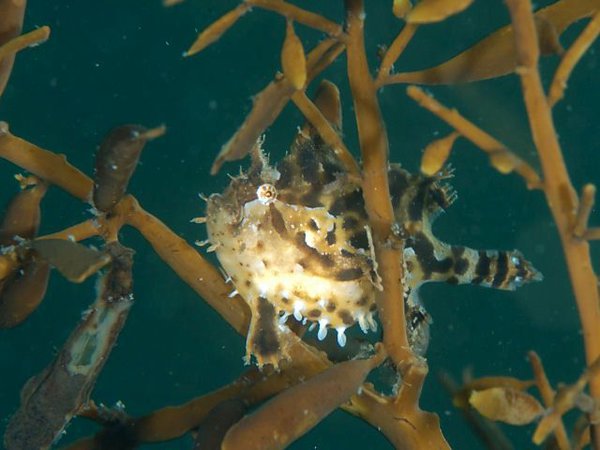 It is a centuries-old practice of the maritime powers to "isolate" their enemies with a curtain made of economic sanctions, military encirclement, political and ideological condemnation: in the past, "isolation" or "strangulation" was usually the source of war. The latest developments in Europe are therefore to be looked at with concern: in the United Kingdom, the clumsy poisoning of former Russian spy Sergei Skripal was exploited to further exacerbate diplomatic relations with Russia and to push "the allies" in the same direction, while in Slovakia Prime Minister Robert Fico, opposed to a total flattening of NATO policies, was overthrown in a dirty operation. The Atlantic block has now "ostracized" Moscow and, denying its rights, its interests and its legitimate sphere of influence, is preparing the ground for war.

Intelligence services and propaganda have prevailed over diplomacy

There is an air similar to that of the early twentieth century in Europe, when Wilhelmine Germany, in full economic and military growth, aspired to the role of great world power, undermining the British supremacy. Since the early years of the century, Berlin was progressively marginalized by the international community, under the wise English supervision: forced to be inextricably linked to Vienna, victim of a (justified) encirclement syndrome, Germany gained the certainty that the war was inevitable. It was, as it actually did, a matter of life and death.

When Germany was liquidated in two stages (1914-1918 and 1939-1945), it did not remain to the maritime powers that neutralize the Russian power to declare themselves masters of Eurasia (the Hearthland of Halford Mackinder) and therefore of the world. With the dismantling of the USSR, possible thanks to the complicity of Michail Gorbachev, and the sinking of Russia in an unprecedented economic, social and political crisis under the presidency of Boris Yeltsin, the mission seemed complete. With the entrance to the Kremlin of Vladimir Putin, the process of dissolution of Russia stops and then reverses: in the space of twenty years, Moscow regains the rank of world power, sealed by recent successes in Syria and the Middle East.

Gradually, the "reflux" begins in this way: the continental power (Russia) returns to press on the coastal strip of Eurasia (the Rimland of Nicholas John Spykman), undermining the Anglo-Americans in Europe as in the Levant.

Compared to 1945, however, the maritime powers are in a weak position because:

§  the ideological barrier of communism no longer exists between Western Europe and Russia;

§  the share of world GDP produced by the Atlantic bloc (and therefore the means available) has dramatically decreased;

Therefore, the liberal establishment has a choice: either abdicates to world hegemony, or launches a desperate attack on the Hearthland, declaring war on Russia and trying to complete the conquest of Eurasia via manu militari, which the liquidation of Germany was the main stage of the last century. The first option, to renounce the world hegemony, is in stark contrast to the "universalistic" principles that animate the Atlantic oligarchy; this is not the case with the second option, the neutralization of Russia: hence, the oppressive atmosphere we were talking about in the beginning.

As at the beginning of the twentieth century the liberal establishment isolated and surrounded Germany, to the point of declaring war, so today is implementing an economic, diplomatic, military and media "strangulation" of Russia: the outcome, despite nuclear weapons, is likely to be the same.

If the ultimate goal of the strategy is the annihilation of the adversary, it is inevitable that, little by little, diplomacy gives way to provocation, reason to violence, dialogue to the threat. Unfortunately, this is what has been happening since 2014 (a coup in Ukraine) and the dynamics are accelerating year after year. Two very recent episodes, in particular, are a symptom of the Euro-Atlantic will to exacerbate relations with Russia to bring them to the breaking point: the regime change with which the Slovak Premier Robert Fico was ousted and the almost concomitant Skripal affair.

Like the neighboring Czech Republic, Slovakia ended up in the Atlantic viewfinder because of its excessive openness to Russia and the parallel refusal to flatten itself to NATO policies. In the case of Prague, they tried to kill the problem in the cradle: the "populist and pro-Russian" Andrej Babis was hit in the middle of the electoral campaign by a warning that, however, did not prevent him from winning the elections last October. Investigated and deprived of parliamentary immunity, Babis is so struggling to launch his government, while in the square we witness the first protests of an Atlantic matrix against the "authoritarian" drift of the country [1]. The problem of Bratislava dates back, however, a few years ago: it is in 2006, in fact, that the Social Democrat Robert Fico wins the chair of prime minister. Pro-Russian, opposed to economic sanctions against Moscow, Fico has always shown his allergy to NATO: "Slovak PM follows Czechs in ruling out foreign NATO troops", wrote Reuters in 2014, emphasizing the opposition of Bratislava to any permanent basis of the North Atlantic Alliance.

Like the Hungarian premier Viktor Orban, Fico is therefore listed among the "friends of Russia" in Central Europe: any attack on his government is, indirectly, an attack on Moscow, destined to further fuel the tensions between Russia and the Euro-Atlantic bloc. This will undoubtedly be the result of the maneuver with which Roberto Fico has been unseat: a maneuver that is identical to the one with which he tried to overthrow the premier, also "pro-Russian" and social-democratic, in Malta, Joseph Muscat.

On 22 February, the Slovak journalist Jan Kuciak is assassinated with his partner, who, like the Maltese counterpart Daphne Caruana Galizia, belongs to the network that has disclosed, on behalf of the Anglo-American services, the "Panama Papers" files [2]. The media corroborate the thesis that the two were killed by organized crime, probably Italian, on which the journalist was investigating: more, as in the case of Daphne Caruana Galicia, Kuciak was digging on the links between the mafia and members of its own government ( pro-Russian). The news of the journalist's death has an international echo and shakes the Fico government to its foundations: accusations of collusion with crime are raining, while the usual people of colored revolutions pour into the squares. The Guardian writes on March 9th, "Death of investigative journalist sparks mass protests in Slovakia". Although Fico publicly denounces the role of George Soros and foreign maneuvers to overthrow his government [3], the pressure is too strong for the Prime Minister to resist: on March 14, Fico announces his resignation.

Of course, for Slovakia it is not heralded a change of "radical" regime (Robert Fico has already chosen his successor among the ranks of the Social Democratic party). Nevertheless, it is yet another sign of the fight without exclusion of blows that is fought from Malta to Ukraine, passing through the Balkans: any "pro-Russian" government is systematically destabilized, because the liberal establishment denies the legitimacy of Moscow's interests in Europe and the Mediterranean. It is a policy that, in the medium to long term, can only lead to direct confrontation.

More serious is the Skripal affair, which shows how the propaganda, the secret maneuvers of the Intelligence Services and the campaign of hatred against Russia have now gained the upper hand in the West. Sunday, March 4, in Salisbury, Sergej Skripal is found in serious condition, along with his daughter: it is a former Russian agent, now 66, arrested for high treason in 2004 on charges of selling information to the British and then later freed thanks to an exchange of spies. It emerges that Skripal has been poisoned with a nerve agent and, although no valid motive for the attempted murder of this old double agent is provided, accusations are formulated that lead straight to the top of Russia: according to the British press, the probable accountable is Putin in person [4].

The Skripal affair grows so dramatically in the course of about ten days, before the astonishment of the Russians who, by the mouth of Foreign Minister Sergei Lavrov, boil the whole affair as a "circus show": March 14th, Theresa May announces the expulsion of 23 Russian diplomats, plunging Anglo-Russian relations to new lows. The next day, the British government issues a statement, also signed by the US, France and Germany, where responsibility for attempted murder is blamed in Moscow: the Euro-Atlantic block, apparently divided by Brexit and the election of Trump, regroups. To attack Russia.

To mark the escalation of the Atlantic against Moscow, is the announcement, again of March 15th, of new sanctions from United States, in response to alleged Russian interference during the presidential elections in November 2016.

However, how can we forget the almost direct confrontation in Syria, where at the beginning of February the US air force bombed Russian soldiers for the first time?

Or the new nuclear strategy announced by the Pentagon in early February that, in addition to "facilitating" the use of atomic weapons by brushing off the tactical devices of the Cold War, also lowers the threshold of their use, setting it to an enemy attack, conventional or cybernetic [5]? It is certainly not accidental if, in front of the assembled Chambers, Putin announced on March 1th a new generation of supersonic missiles capable of holing any defense [6]: Moscow is keen to reiterate that any hostile action will result in a (devastating) reaction.

Dirty operations, prevarication and propaganda have the upper hand over diplomacy: to hypothesize that the Atlantic establishment only wants to annoy the re-election of Vladimir Putin (presidential election on March 18th) or to sabotage the football world scheduled in Russia (June 14th) could to be only a reassuring self-deception, when on the horizon a new confrontation between Earth and Sea looms day after day.