Ultimatum to Putin: where does May want to go?

Ultimatum to Putin: where does May want to go? 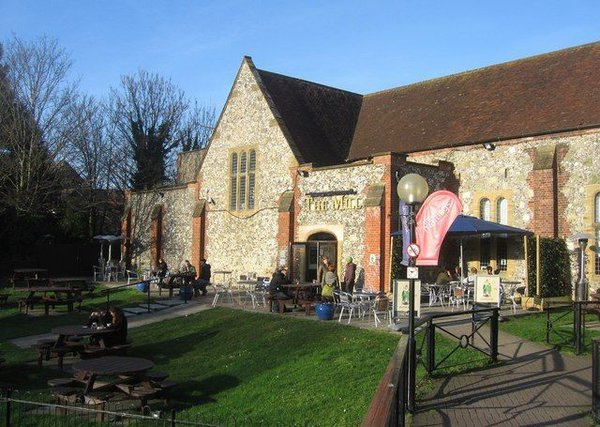 The real and disturbing question is: where does Theresa May want to go, explicitly accusing Russia of the poisoning of her double agent Sergei Skripal? And with these tones: she gave a 36-hour ultimatum to the Russian ambassador "to explain how the [Russian] State has developed the nerve agent used in Salisbury, or will follow serious measures", for this "illegal use of force in the territory of the United Kingdom".

London proclaims that Novichok, a lethal chemical warfare agent produced by the Soviets in the 1970s, was used. In '92, when Moscow joined the Prohibition Convention for the development, production, conservation and use of chemical weapons, it should have destroyed them.

I hope nobody believes that Moscow does not have less sensational means to eliminate an opponent, than to use a forbidden nerve gas, ten times more powerful than the VX of which a drop is enough to kill a man, and without even succeeding, since Skripal is still alive . It must be assumed that the former Soviet services are quite regressed.

In September 1978, a walker in London struck "inadvertently" the foot of Georg Markov, an anti-communist journalist, with the tip of the umbrella; he apologized and moved on. Markov died shortly after, the umbrella had fired a ricin capsule. London did not raise even remotely comparable protests to the current Skripal case.

It takes a great deal of willingness to believe that the Russians wanted to kill a traitorous agent who has been living openly in Salisbury since 2010 without hiding, sitting on a bench in front of a restaurant with his daughter, and also failing in the criminal act.

Just as one could not believe, if not in bad faith, that the Russian services killed former agent Litvinenko using Polonium 201: what service is so stupid to leave the signature in the form of an immense and unmistakable radioactive track?

Only a decade after, the French super-policeman Paul Barril, a retired official of the Gendarmerie Nationale and founder of the GIGN (the Anti-terrorism of Paris) told to a Swiss newspaper a more credible version. Litvinenko worked for Boris Berezovski, the Jewish oligarch repaired in London, but he had betrayed for money; "He was an Italian to administer Polonium 2010," Barril said.

The execution of the traitor was then used to put the Moscow government and Putin in person in a bad light, an operation that the American and British services called "Operation Beluga". Perhaps he will remember that a Mario Scaramella [an Italian man from Naples] had met Litvinenko almost a month before. Nevertheless, it should be added that the Neapolitan man has never been indicted and he is known as a fixer and inventor of Russian conspiracies (his the priceless revelations of twenty Soviet nuclear bombs in the bottom of the Gulf of Naples). He won the trust of Paolo Guzzanti (the journalist and father of two comedians), then Berlusconi's senator, of which he became the most "informer" in the unfortunate Commission Mitrokhin. Guzzanti drank improbable "truths" from the Neapolitan fixer, ending up in ridicule him and his brief political career.

The elimination with sarin of Sergei Skripal, an agent now unusable by the British (therefore expendable?) seems to be clearly used for a re-edition of the Operation Beluga, much more virulent. It was evidently sought as a real and precipitous casus belli of the West against Moscow.

The hypothesis is that it may be the result of the meeting, held in Washington on January 11th and revealed by a reserved British dispatch. There the "Little American Group on Syria" (Hugh Cleary a Foreign Office official, Bonnafont a Frenchman from Quay d'Orsay, David Satterfield from the State Department plus a Saudi and a Jordanian) discussed ways, pretexts and tricks to keep a strong American presence in Syria and prevent the political settlement of the Syrian conflict that Moscow wants. Division of Syria; use of propaganda on the suffering of Goutha; probable discussion on a false flag with chlorine gas (this was discussed at a subsequent meeting of the Small Group, held in Paris on January 23th), reframing of Turkey were the goals stated.

But in these last days, something is accelerating. According to the Israeinfo portal, the US and Israel are preparing to attack Iranian military sites in Syria; the Zionist service, Aman, has given to Washington a detailed map of the location of these bases:

At the same time the US would give Israel the green light to attack Hezbollah:

The Syrian army has broken down in East Goutha, so the terrorists of the West have their hours counted.

Add to this the intensification of the demonization campaign against Vladimir Putin, his reductio ad Hitlerum, on international level, which can be a sinister sign of the worst: the new Hitler must be crushed. Especially since Putin, in an interview with NBC on Saturday, noted about Russiagate, that the Russians who are accused by the Deep State of having swallowed themselves in the American elections, are not Russians but "Ukrainians, Tatars, Jews with Russian citizenship.... maybe they have a double passport or a green card; perhaps the US paid them for it". What made the American Jewish Committee scream with indignation: "These phrases are reminiscent of the Protocols of the Elders of Zion!"

How far does the May want to go with its ultimatum? What are the intentions of this stentorian accusation?

The Telegraph said that Skribal, who had bought a 340,000 pound house in Salisbury, lived near the former British agent who had recruited him in 1995 when he was a Colonel of the GRU: Pablo Miller (J), of the embassy in Tallin. And Pablo Miller works for (or guides?) The Orbis Business Intelligence: the agency that the Clinton clan paid for collecting "dirty" material about Donald Trump. Operation that led to the infamous "red lights" dossier packaged by Christopher Steele, another former British agent who worked at least a decade in the USSR and who had contacts with Litvinenko. Perhaps even Skripal, who "worked" for Orbis, knew too much about this matter involving the highest spheres of the Deep State (contacted initially by Jeb Bush, Christopher Steele was enlisted not only by the Clinton but also by the FBI that compensated him for the drafting of the fake file). In short, it could also all be reduced to the need to cover up a shamefully dirty affair of US and British services and para-services.