German newspaper Frankfurter Allgemeine Zeitung fears that the game of flexing nuclear muscles that has resumed in the world after the start of the confrontation between the United States and Russia has become even more intense amid the conflict between the USA and North Korea. 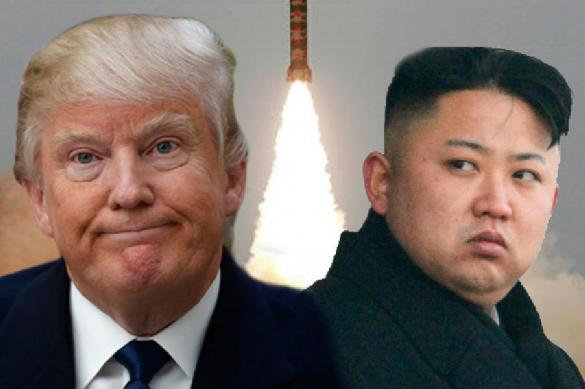 The author of the article in the German publication, Dr. Ulrich Kühn, Senior Researcher at the Vienna Disarmament and Non-Proliferation Center and the Carnegie Endowment for International Peace, believes that the nuclear "saber rattling" has been all the rage in international affairs lately. Moscow, the author notes, has always talked about its potential with ease, but the Americans try to keep pace with Russia at this point as well.

For Donald Trump, nuclear weapons serve as an obvious sign of power in the spirit of his pre-election promise "to make America great again." The US nuclear arsenal (currently estimated at 4,480 warheads) should be significantly strengthened and expanded, as Trump stated in late 2017. According to unconfirmed reports from anonymous sources in the White House, the US president has repeatedly asked his advisors why he could not use the country's nuclear potential, the article in the German newspaper said.

A few days ago, in his New Year's address to the nation, DPRK leader Kim Jong-un reminded of the existence of the notorious "nuclear button." Trump immediately responded by tweeting about a "nuclear button" of his that was bigger and much more powerful. The US president added that he had missile launch codes engraved  on his bank card.

According to the author of the article, this bellicose rhetoric is not a reason for laughter at all, although it looks ridiculously childish. The German researcher believes that such statements, in an unfavorable twist of circumstances, could be perceived as a signal of readiness to proceed to real actions.

The expert believes that Trump underestimates North Korea's determination. At the same time, the article says, many US allies underestimate Donald Trump. His tweets show complete disregard for South Korea's interests and political affairs on the Korean Peninsula as a whole. Seoul is disappointed and constantly thinks about a possibility to build its own nuclear arsenal and gain independence from its great defender, Ulrich Kühn writes.

According to him, Trump's thoughtless behavior provokes a global nuclear crisis, when the containment strategy may lose relevance due to the large number of countries that have their own "nuclear buttons."

"Who can condemn countries like South Korea, Japan, Saudi Arabia or Iran for their efforts to rely primarily on their own forces against this "nuclear bravado" and political recklessness? The nuclear non-proliferation system, which has been painstakingly created for decades, will be lost. The world of dystopia with 25 nuclear "powers", once described by John Kennedy as "the greatest danger," may become a sad reality," the scientist wrote.