Sanctioned and isolated, Russians take palm of global leadership away from Americans

US Secretary of State Rex Tillerson stated that Washington had no illusions about the "regime" in Russia, but the USA would be trying to normalize relations with Russia. 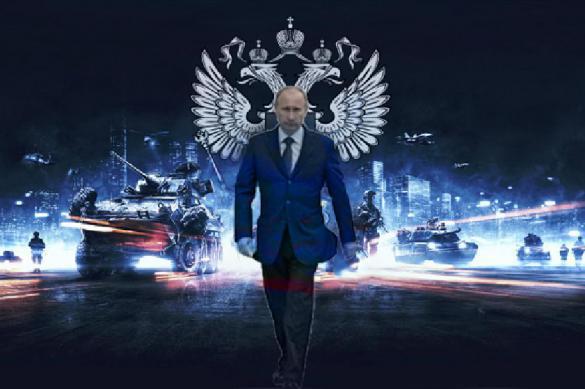 In his article published in The New York Times, Rex Tillerson wrote: "On Russia, we have no illusions about the regime we are dealing with. The United States today has a poor relationship with a resurgent Russia that has invaded its neighbors Georgia and Ukraine in the last decade and undermined the sovereignty of Western nations by meddling in our election and others."

He continued with saying that restoring the relationship with Russia would be impossible without settling the situation in Ukraine.

The United States has been losing the status of the world's leading power during the recent years, while Russia that remains under the burden of plenty of Western sanctions, has stepped into the club of superpowers. Russian President Putin has managed to achieve a lot while having access to limited resources.

"When you look at a country that has got the economic issues they have, has the demographic issues they have - very dependent on minerals and oil, has gone through no reforms - it's very remarkable he has taken his place on the world stage in the way he has since 2012," Republican Senator Bob Corker said. "He has got not much of a hand to play, and yet he has played it incredibly well. We've got to figure out a way to begin notching him back away from some of the nefarious activities he has been involved in," he continued.

According to Jonathan Adelman, Professor at Josef Korbel School of International Studies at the University of Denver, Colorado, believes that the United States had played a key role in the creation of NATO, the IMF, the World Bank and the Marshall Plan, supported the establishment of the European Union, dominated the Middle East, Latin America, Europe and most of Asia for decades. Presently, however, the United States has been losing its global leadership, the professor believes.

At the same time, Russia remains free from external influence, whereas the policy of the Russian leadership finds support among elites of many countries of the world, especially in the Middle East (Egypt, Syria, Jordan, Israel), Asia (India, Vietnam) and Latin America (Venezuela, Argentina).

"When you look at friendly countries such as China, India, France, Hungary, Romania, Czech Republic, Argentina and Brazil, Russia under Putin is far from being a secondary regional power. It is also far from being the #1 power in the world but it is aspiring for #2. Not bad for a country that imploded 25 years ago!," Adelman wrote in an article for Huffington Post.

A recent opinion poll conducted by the All-Russian Center for Public Opinion Studied on the subject of Russia's role in the world political arena, 86% of respondents believe that Russia is "an influential country in the world arena." Last year, 75% of respondents positively responded to a similar question.

Moreover, 57% of respondents consider our country not just an influential, but one of the strongest superpowers in the world. Last year, 54 percent of respondents said that Russia would become a superpower in remote future, in 15-20 years. These days, 31 percent of Russians believe that if Russia is not a superpower today, she will obtain this status already in the upcoming years.