America has declared an economic war on Russia, and the USA is never going to lift sanctions from Russia, Vladimir Vasiliev, an Americanist, told Pravda.Ru. At the same time, Russia will have to take certain measures not to leave USA's anti-Russian moves without attention. 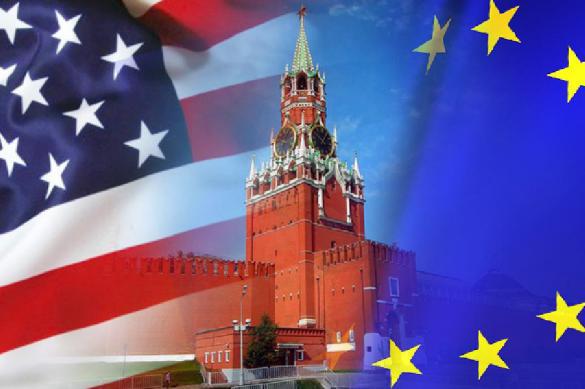 On December 18, Donald Trump presented the new US national security strategy. Russia and China appear on the list of global threats to America again. The document refers to the two countries as "revisionist powers," whose actions undermine international order and stability and ignore both sovereign rights of neighbors and the rule of law.

Chief researcher at the Institute of the USA and Canada, Vladimir Vasiliev, told Pravda.Ru that Donald Trump equated the USA's national security strategy to economic security.

"Russia has been declared an economic adversary of the United States. For the USA, Russia is an economic competitor, rather than a partner, and this can be called the declaration of economic war on Russia," the expert said.

The US administration has subtly shifted priorities from the Cold War stage to the economic war, Vladimir Vasilyev added. Washington's prime goal is to bankrupt and ruin competitors. "It is quite obvious that one of the most important issues for the United States will be the economic isolation of Russia," the expert believes.

The USA will continue taking efforts to isolate Russia from all major world markets, where Russia has been able to consolidate its hold on in recent years. It goes about energy, arms and food markets in the first place. Therefore, "sanctions will stay in effect, as a method of struggle against Russia, regardless of what Russia's policy in Ukraine will be."

The second front of the economic war, Vladimir Vasiliev believes, is about the efforts to get Russia involved in an arms race. The USA has been dramatically upgrading its armed forces and nuclear capabilities recently. The goal of the economic war is to force Russia return to the state of the 1990s - a junior partner of the United States and Western countries.

"During the 1990s, Russia turned to the West not for the sake of Western political institutions, or system of values - we were interested in their economic and technological capabilities. These days, Trump's doctrine proclaims the need to cut Russia off from the Western economy and Western technologies," said Vladimir Vasiliev.

At the same time, Russia already takes counteraction measures, the expert believes. Russia has abjured the Western economic vector of development and turned to the East. "Russia has been creating Eurasian economic space, becoming economically and technologically oriented towards China, East Asia - Eurasian space in general," he said. Plus, Russia maintains ties with Europe, because Europe is the biggest adversary of the United States. "Eastern Europe, Germany, and other countries are still interested in preserving both economic and scientific and technical ties with Rusia," Vladimir Vasilyev concluded.