US Secretary of State Rex Tillerson said that the United States could start a dialogue with North Korea without preconditions. The head of the US State Department assured that Washington was not striving to change the regime in Pyongyang nor was it looking for reasons to attack North Korea. What stands behind Washington's unexpected loyalty? 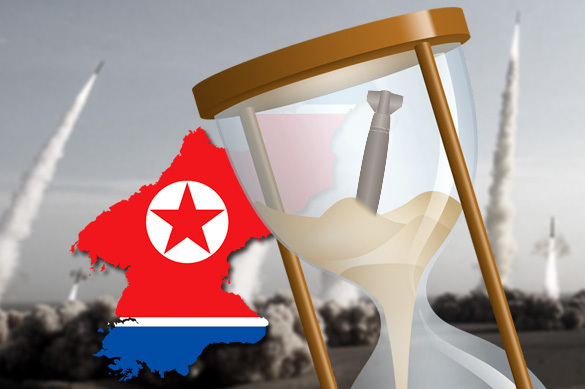 As political scientist Sergei Mikheev told Pravda.Ru, American diplomacy reached a deadlock. Donald Trump was threatening North Korea with "fire and fury," but it was clear from the start that he was bluffing, the expert believes.

"If being destroyed, the North Korean regime may cause extremely serious damage to the United States and its allies in the region," the expert said, adding that Tillerson's words were intended for "domestic use" in the first place. Donald Trump has made his tough statements, the Americans have conducted exercises in the region, and the North Korean regime has agreed to negotiations.

Sergei Mikheev believes that North Korea "teaches a lesson to the whole world."

"This small country, that in fact does not have large and unambiguously reliable allies, has made its stake on hard power and it has showed for the whole world that the Americans also have a limit of strength where risks are too high," he noted.

China does not show clear support for the North Korean regime either. The Chinese clearly do not support Kim Jong-un, because they understand that North Korea ignores UN resolutions and conducts illegal nuclear tests indeed. Therefore, it does not make any sense to support North Korea fully," concluded Sergei Mikheev.

There is another side to the question: in case of war, the DPRK is ready to sacrifice a half of its own population, and this population is ready to endure any hardships, and no other country in the world can boast of this, the expert said. "Maybe this is for the better, because this would put the whole world on the brink of complete destruction," Mikheev added.

As for Russia, the political scientist said that Russia does not have so much internal consolidation as North Korea does, even on the question of Ukraine. The Russian people are not ready to experience global problems that Soviet people could endure.

"Even during the Soviet Union, we had tough polemic with the Americans only once, during the Caribbean crisis, which eventually ended with concessions from our side," said Mikheev. According to him, Russia will not be able to copy the behaviour of the DPRK, but it is possible to set its own conditions for the game more rigidly on certain issues.

"For the last 30 years, Russia has been largely following instructions from Washington, mostly because of the weakness that the country had to go through during the 1990s, when Russia was living with inferiority complex. Secondly, a significant part of the Russian ruling class had material interests, and those interests were dominating in the early 2000s as well. The situation has been changing for the better lately, but this is just a trend, and the West is very well aware of that," the expert said.