Turkish President Recep Tayyip Erdogan, when visiting Greece, called for a revision of the 1923 Lausanne Treaty. This is a sensational news, the significance of which is comparable to Trump's recent recognition of Jerusalem as the capital of Israel. In fact, it means the beginning of the revision of the world order established after WWI. 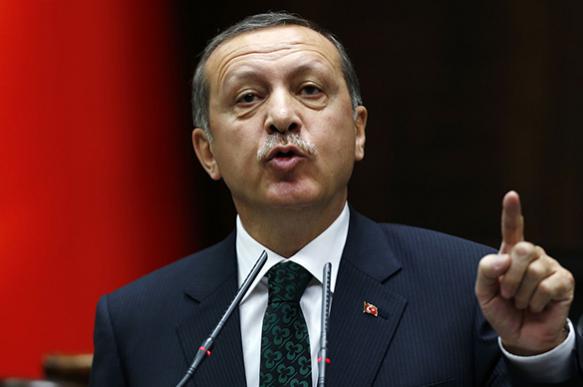 What is the Lausanne Treaty?

The Lausanne Treaty is an international document, which consolidated the results of the First World War for Turkey in 1923. As a result of the treaty, the former Ottoman Empire lost Arabia, Egypt, Sudan, Tripolitania and Cyrenaica (two main parts of Libya), Mesopotamia (Iraq), Palestine (present-day Israel and Palestine), Trans-Jordan (present-day Jordan), Lebanon, Syria, as well as islands in the Aegean Sea.

What did Erdogan say?

"The Lausanne Treaty needs to be revised in the light of current events. This revision will be useful not only for Turkey, but for Greece. When I talk about the revision, we need to discuss everything from alpha to omega. Perhaps, Greece may find some issues and forecasts annoying, but we can sit down and discuss ... This will concern not only Greece, but the entire region," the Turkish president said.

What does this mean?

One should pay attention to the scale of Erdogan's statement. The Turkish president calls to revise everything from alpha to omega that will concern not only Greece, but the entire region. It goes about something bigger than the question of bilateral relations between Ankara and Athens. Yet, even this bilateral format stipulates for the expansion to the problems of Cyprus, the division of the shelf, the exploitation of offshore oil and gas fields.

In fact, it goes about the whole complex of relations between Turkey and the West: NATO and the EU. Erdogan has actually put forward an ultimatum to Washington and Brussels: if you want Turkey to remain your strategic ally and a NATO member that would deploy your armed forces on its territory and generally represent and defend your interests in the Middle East and the Black Sea, in the face of Russia and Iran; if you want Ankara to continue to restrain the flow of refugees and cooperate in the struggle against extremism and terrorism, then you have to make some concessions. Erdogan wants NATO and the West to help Turkey to strengthen its positions in the Balkans and in the Middle East, in the Islamic world on the whole, then the West will have to confirm Turkey's special role and open up clear prospects for strategic economic and investment cooperation in the club of Western powers.

If the West says no to it, then Western countries may expect major problems. The Turks have vividly shown that they can work effectively with Russia and Iran.

Is Erdogan building anything new?

There is nothing new about the most recent initiative from the Turkish president. Turkey has long sought to join the ranks of the "European elite" to be on equal footing with Britain, France, Austria, Prussia. The cherished dream has never materialised for Turkey, though. Turkey did not acquire the status of a full member of the Western club even after the country joined NATO: it was never admitted to the European Union. Therefore, Erdogan's ultimatum to the West comes as a continuation of Turkey's eternal policy of blackmail: either you take us to your company or we go to join your opponents.

From the point of view of the current dynamics of political processes in the Middle East and Europe, Ankara's new step certainly creates a new reality and new prospects.

The first conclusion that can be drawn from the above: as long as Erdogan puts forward such an ultimatum, he believes that he has enough or almost enough energy for this. He believes that cooperation with Russia and Iran has made him strong enough to raise rates in bargaining with the West. The West has become weaker because of the Trump factor and the ongoing crisis in the EU.

Conclusion No.2: Erdogan believes that the quality of relations with Russia and Iran has become outdated, and now is the time to convert it into a new quality of Turkey's foreign policy role. Ankara is ready to turn away from Moscow and Tehran. If the West does not agree to Erdogan's conditions, then cooperation within the framework of this triangle will need to be translated to a higher quality.

Conclusion No. 3: Erdogan will demand support for his idea of revising the Lausanne Treaty in any case both from the West and from Russia with Iran, although requirements will be different.

Conclusion No. 4: Most likely, the West will not yield to Erdogan and will try to force Ankara to seek solutions to its problems in an alliance with Russia and Iran. These problems can create many difficulties for Moscow and Tehran. Russia is unlikely to agree to support Turkey's strategic aspirations in the Aegean Sea, the Balkans, the Transcaucasus, the Caspian region and in Central Asia. Iran may well be interested in the prospect of cooperation with Turkey to put pressure on Russia's interests in the Caucasus and the Caspian.