Mikhail Saakashvili's bumpy ride in politics: From chewing his tie to climbing on rooftop

Mikhail Saakashvili's lawyers, Pavel Bogomazov, said that his client, exiled politician, former governor of Ukraine's Odessa region and ex-president of Georgia, was suspected of organising an attempted coup in Ukraine. 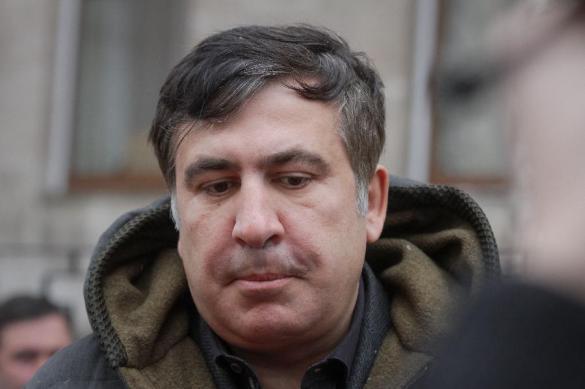 Bogomazov explained that Mikhail Saakashvili was "accused of trying to overthrow the constitutional order of Ukraine."

The website of the Security Service of Ukraine said that Saakashvili was suspected of assisting criminal organisations and concealing their criminal activities. In the near future, investigators intend to interrogate the former official.

Sources of RBC Ukraine reported that Saakashvili was suspected of having ties with Russia. "Saakashvili supposedly had contacts with the Russians and representatives of the fugitive Ukrainian MP Sergei Kurchenko," the source said.

Ukraine's Prosecutor General Yuri Lutsenko is believed to release a "sensational statement" in the Verkhovna Rada of Ukraine about sources of funding for protest actions outside the parliament building, which the party of former Georgian President Mikhail Saakashvili organised.

On December 5, Mikhail Saakashvili climbed onto the roof of the building, where he has an apartment in Kiev, after security officers knocked on his door. Saakashvili threatened to jump off the roof, but was detained. "I either stay here or I jump. They want to kidnap me, because I am defending the people of Ukraine. They wanted to kidnap me quietly, but it didn't work out," Saakashvili said.

Mikhail Saakashvili was taken away in a police vehicle. Security officers had to use tear gas against Saakashvili's supporters, who gathered at the entrance to the building.

Ukraine's Prosecutor General Yuri Lutsenko stated that Mikhail Saakashvili organised protest actions to overthrow the sitting Ukrainian authorities. According to Lutsenko, the former governor of the Odessa region received $500,000 for the purpose from representatives of toppled Ukrainian President Viktor Yanukovych, in particular from businessman Sergei Kurchenko.

Kremlin's official spokesman Dmitry Peskov said that the situation with Mikhail Saakashvili was "Ukraine's headache." "Yes, we are watching the development in Ukraine with interest. Kiev astonishes us again, and so does Saakashvili. He has had his time in politics - from chewing his tie to climbing on the rooftop, and it was quite a bumpy ride," Peskov stated.