China is determined to create a legal system of a socialist state in the coming years. To accomplish the goal, China will reform its constitution, Chairman of the People's Republic of China Xi Jinping said at the opening of the XIX Congress of the Communist Party of China. 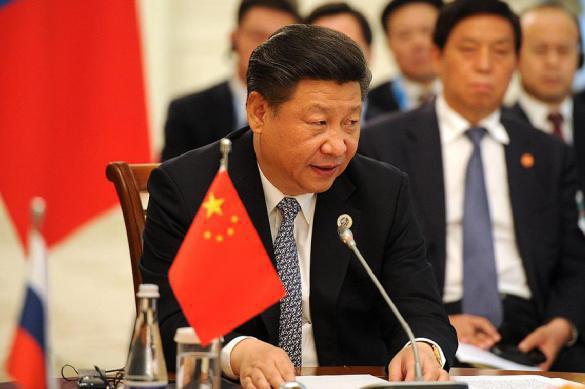 According to Xi Jinping, in the near future, China will deal with the goal of creating a state with an effective and highly developed legal system that would act as a prime condition for successful development of the country. "We should firmly follow the path of socialism, improve the legal system of Chinese socialism - I am talking about the constitution that plays a central key role," the Chinese leader said.

The XIX Congress of the Communist Party of China will last through October 24; it is devoted to results of the work of the party over the past five years. It is expected that the personnel configuration of higher party bodies - the standing committee of the Politburo, the Politburo itself and the Central Committee on the whole - will be changed.

The head of the School of Oriental Studies at the Higher School of Economics, Professor, Doctor of Historical Sciences Alexei Maslov told Pravda.Ru about the goals, tasks and hidden intrigues of the XIX Congress of the Chinese Communist Party.

"Firstly, China confirmed that it is going on a socialist way, and China is entering a new era of its development.

"In fact, Xi Jinping said that China does not abandon any of its ideologies, remains a socialist country, and the role of the Communist Party strengthens, like Xi Jinping said in the report. At the same time, China is ready to be flexible with respect to changing reality in the world, so the country will be changing.

"Fourthly, China said that it should build a society of medium prosperity by 2035. This coincides with the completion of the reform of the Chinese army by 2035, when it should become one of the strongest armies in the world. China is developing further, rebuilding its economy.

"Xi Jinping has announced the need to reformat the party. Is there a struggle looming?"

"There is a struggle between different groups inside China. In the past, the struggle was conducted between two factions: so-called princes (descendants of the hereditary party aristocracy of China) and Komsomols - an economy-oriented group of people. Nowadays, one can see the struggle unfolding between three, four, or maybe even five groups.

"Yet, Xi Jinping has not taken the side of any of those groups. On the one hand, he says that China  continues developing socialist democracy while the liberalisation of China's economy continues as well. Earlier, China, for example, spoke about open ports. Perhaps, Hong Kong and Shanghai will be transferred to the ports of free trade. This is what Beijing was trying to avoid before, considering such a move a legacy of colonialism, when those ports were exempt from taxes in the 19th century.

"Afterwards, China started working on a community of countries of one destiny. This means that China is building a bloc, although Xi Jinping advocates anti-bloc thinking. The countries of one destiny follow the idea of one belt, one road. This bloc includes more than 70 countries that have signed an agreement with China to join the Chinese project. China opposes the supremacy of one state, but it will financially and economically support the countries in the community that it is creating.

"Now China has come up with an international agenda, rather than abstract statements, as it was at the XVIII Congress. The Chinese have designated the date: the year 2035. To a certain extent, this can be regarded as a move to build a new line of continuity. The most important intrigue, which is now unfolding, is the new structure of Politburo's standing committee, but no one knows what is going to come out of it."