US investigators uncovered a global financial network headed by one of high-ranking representatives of the Islamic State terrorist organisation (banned in Russia). According to the Wall Street Journal, which refers to a written statement from the FBI, terrorists used fake transactions on eBay to send money to their accomplice in the United States. The recipient of the money was Mohamed El Shinavi, an American citizen, whom the FBI arrested a year ago on suspicions of his involvement in ISIL's financial network. El Shinavi received a total of about 9,000 dollars from ISIL accomplices, including five PayPal payments from Sujana Company. 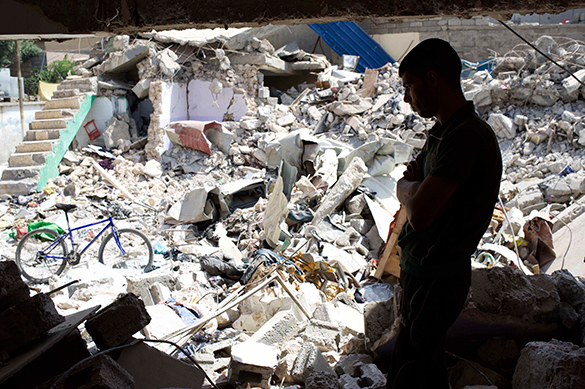 "In the United States, a global network to finance activities of the Islamic State terrorist organisation through eBay was disclosed. Such an operation can be regarded as progress in the process for the  US to abjure its strategy in Syria. Or does it look like efforts to hide traces of cooperation between US officials and terrorists?"

"No, the Americans have decided to break off all relations with ISIL. Certain representatives in the CIA had tried to manipulate terrorist organisation in the past, but the USA has ended it on state and political levels. A for the arrested American citizen, the FBI was supposed to arrest him long before it happened. The US administration has decided to retreat from the Middle East and from Syria - the Americans have realised that they have lost all that. There is no one left in the region, whom they could rely on."

"Why do you believe the Americans have decided to leave after so many efforts?"

"Because they have started taking targeted actions. The Americans have stopped supporting the anti-Assad opposition. They withdraw their troops from all territories, they still keep them in the Kurdistan region, temporarily. In general, the USA has been stepping back from any actions in Syria, save for the armed struggle against ISIL."

"Naturally, all financial flows in the world need to be controlled in terms of their use for terrorist purposes, criminal operations, drug trafficking and so on. This is a very dangerous and effective field for terrorists. Special services have all necessary tools for the purpose."

Author`s name Dmitry Sudakov
*
Topics syria
15:02
Viktor Bout says he did not come across Russophobia in US prisons
12:02
Massive fire burns OBI hypermarket at Mega Khimki Shopping Mall to the ground
16:48
US basketball player Brittney Griner exchanged for Russian entrepreneur Viktor Bout
16:31
Zelensky believes Ukraine conflict may end in 2023
20:46
The West is expecting, but not pressing Russia-Ukraine talks
18:27
Putin: The threat of the nuclear war is rising, why deny it
17:17
Ukraine modenises Soviet Tu-141 Strizh drones
15:24
Ukrainian combat drones capable of flying at speed of sound may strike Siberia
14:35
Russian Army continues successful offensive in Krasny Lyman direction
20:56
UK and USA could be part of drone attacks on Russian military airfields
Polish writer shocked to find out Russians will not rise to topple Putin