Is Qatar crisis an opportunity for more productive alliances? 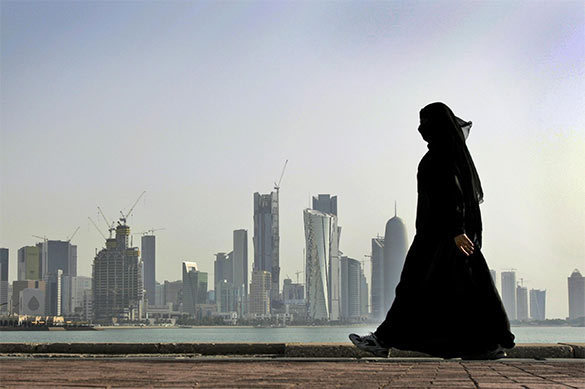 The 100-year time frame from World War I to the present day is at the same time the history of a design process conducted by a hundreds of years old global colonial empire on the Middle East and the Islamic world. This process effectively began in 1916, with the British provoking Hussein Bin Ali, the Emir of Mecca, to rebel against the Ottoman Empire under the false promise of forming an "Arabian kingdom", and the signing of the Sykes-Picot agreement.

The borders defined by Sykes-Picot were not drawn randomly. The ethnic, religious, tribal and sectarian distribution of the Middle East was assessed and the borders were defined in such a way as to provide a basis for maximum dispute, disagreement, discord and conflict.

As a matter of fact, Edward House, the US foreign policy adviser of then US President Woodrow Wilson, said the following about the agreement; "It is all bad. And I told (The Foreign Secretary of Britain Arthur) Balfour so. They are making it a breeding place for future war." Indeed, Sykes-Picot was the trigger of a bloody cycle of war and confusion that the region could not shake of for a century, as House predicted.

The latest updates to the design process that started with Sykes-Picot are still underway. The name of this updated program is the Great Middle East Project, which was introduced in the 2000s. Divisions, crises, conflicts, battles, civil wars, CIA-produced MI6-driven terrorist organizations, sectarian violence and palace intrigues are the most effective tools of this project.

Iraq, Afghanistan, Syria, Egypt, Libya, Yemen have received their share of this update in recent years. Qatar is the latest country to be forced into the scene of catastrophes as of the 5th of June.

Following US President Donald Trump's visit to Saudi Arabia on May 20th and the Riyadh Summit where he signed a historic agreement with this country for over $ 380 billion in deals, the Gulf countries experienced what is perhaps the greatest crisis in their history. The Qatar crisis brought to minds the idea that issues other than the economy were also addressed in the visit.

For those who refuse to believe in clichés such as "supporting terrorism," the real reason for the crisis is interpreted by strategists as Qatar following policies independent of regional countries, and thus the British-US axis they are all contingent upon, in order to build friendships and alliances. Even though Qatar has always been a part of the Sunni alliance in the region until now, Qatar's isolated position seems to concern the global powers and those sheltered under their umbrella.

Qatar's close friendship and alliance with Turkey, ongoing for many years now, is also among the main reasons for the aforementioned concern and discomfort. Likewise, the fact that the shutdown of a Turkish military base was listed among the items stipulated to Qatar for the lifting of the blockade is, in this sense, significant. Since this demand has no relevance to the claim of Qatar's so-called support for terrorism, which was presented as the justification for the blockade, it serves to shed some light on the backdrop of the crisis.

On the other hand, the Turkey-Russia-Iran trio recently emerged as a very strong and unexpected regional alliance at the Astana Summit. Even the possibility of Qatar having an inclination towards aligning themselves with this powerful alliance is undesirable for the British-US axis, which controls the region.

As a matter of fact, among the main reasons for the embargo imposed on Qatar are Qatar's close relations with Iran and their economic cooperation. As it is known, Qatar struck a deal with Iran in 2014 to help develop its area in South Pars: Additionally, the Emir of Qatar Sheikh Tamim became a target after he criticized anti-Iran rhetoric. Qatar's refusal to join the so-called "Arab-NATO" under Saudi leadership, which is actually meant to serve as e a front against Iran, was the last straw.

Actually, these policies, which were presented as crimes and even considered equal to supporting terrorism, are actually nothing more than the rapprochement of two Muslim countries without sectarian discrimination. This development should be viewed as a positive step for the unity, peace, safety, prosperity and stability of the Middle East. The only body that would be disturbed by this situation is none other than an imperialist power, which is nourished by division, conflicts and sectarian violence. Indeed, immediately after the crisis began, Turkish President Erdogan stated that Qatar's isolation from the region is contrary to Islamic values.

Even though it is not officially listed among the justifications for blockade, it is obvious that the good relations Qatar has developed with Russia over the past few years are also among the most important veiled reasons for the crisis. Relations between Russia and Qatar have improved significantly in recent years. Especially with significant sanctions in place, the Russian economy has suffered from a lack of foreign investors; during this period, Qatar followed an active investment policy in Russia. As it is known, Qatar bought 19.5% of Rosneft, a Russian public oil company, with Glencore at the end of last year. Recently, as a noteworthy development, the Qatari ambassador to Russia, Fahad Mohammed Attiyah said in an interview with Sputnik that Qatar will adapt a new economic outlook, strengthen its existing partnerships with Russia and with other nations, and that Russia will become one of Qatar's largest trading partners.

As we can see, Qatar has already engaged in friendships, alliances and rapprochements years ago that have led to its exclusion today, and they made considerable progress. But exclusion for one front may be an important opportunity for another.

In the article titled "Trump's Gift to Putin in the Mideast" published in The New York Times on July 17, it is stated quite directly that the Qatar crisis is a great opportunity for Russia, Turkey and Iran:

"First, a major gaffe by President Trump helped Saudi Arabia split a Sunni Muslim alliance that was supposed to fight against the Islamic State. So much so that Qatar and Turkey moved closer together and became open to cooperation with Iran and Russia... "

Putin has already forged a working strategic partnership with Iran and an ever-increasing rapprochement with Turkey. The Trump administration has provided him with the means to dream even bigger -an opportunity to lead a broad-based alliance with countries leery of the Saudi-American axis. This includes not just Qatar and Turkey, which are Sunni, but also Shiite Iran and its regional friends, as well as Shiite-majority Iraq and potentially Oman. Together, those countries could wield significant power in the region and in global energy markets. Their coalescence would also raise the prospect of bringing together Shiite and Sunni populations...

The Qatar crisis can be transformed into a great opportunity for Qatar, Russia, Iran and Turkey if they stepped into action correctly and without wasting time. Russia is likely to increase its activities in the Middle East under these circumstances. All three countries looking after Qatar, an important mutual friend and ally and giving this alliance a name in a formal union, could be a historic turning point for not just the Middle East, but for the whole world.