Iraq stands on the brink another devastating war

What will happen to Iraq after the Islamic State terrorist organization is defeated in Mosul? Unfortunately, there are too many things that exclude chances for peace to return to this war-torn country. 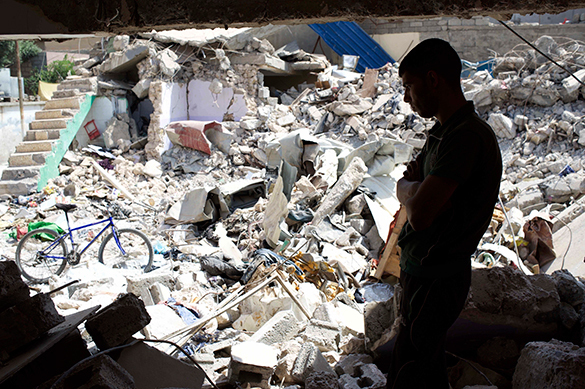 The liberation of Mosul from ISIS militants was seen as the completion of a terrible stage in modern Iraqi history. It would seem that Iraq is supposed to see a new era of peaceful construction and restoration of the state, the rise of its economy. This period is nowhere near, though. There is a plethora of problems that Iraq needs to face before it can hope for peace to come.

First and foremost, it goes about the referendum on the independence of Iraqi Kurdistan, scheduled for September of this year, as well as about forthcoming parliamentary and local elections in 2018.  These two milestone issues are directly related to issues of the national and territorial unity of Iraq.

Over the years of never-ending war and terrorist attacks, Iraq has been divided into three parts populated by Shiite Arabs, Sunni Arabs and the Kurds (in most cases, the Sunnis). During the dictatorship of Saddam Hussein and his Baath party, the power was concentrated in the hands of Sunni Arabs, although Shiites and Kurds had their quotas too. After Saddam Hussein was toppled as a result of the US-British aggression, Shiite Arabs seized power, whereas the Kurds gained autonomy, and the Sunnis were completely ousted from all significant spheres of life. ISIS terrorists took advantage of the situation and mobilized the disadvantaged Sunnis.

If we assess the situation after the liberation of Mosul in this context, one can notice that the event came as a victory for the Shiites and the Kurds and a defeat for the Sunnis. The latter still do not have any guarantees of full participation in political life, nor can they access vital resources of the country, primarily oil.

This problem is supposed to be solved as a result of general elections next year. However, few believe the elections can solve anything. The elections should have taken place in 2017, but were delayed and the relevant law was rewritten. There are serious doubts to believe that the elections will take place at all. To date, there is no agency in Iraq (either elected or appointed) that enjoys the support of the Iraqi society.

To make matters worse, Iraq suffers from rampant corruption. In 2015, Iraq was ranked 161st on the list of 167 most corrupt countries. The situation has not changed much since that time.

Most importantly, though, it is not clear, on which territory the above-mentioned elections will take place and who is going to take part in them. The Iraqi Kurdistan may secede already in a couple of months: the referendum on the independence of this territory is scheduled for September 25. To crown it all, the non-Kurdish population aims to join Kurdistan and leave the Shiite-dominated Iraq.

Needless to say that Baghdad refuses to recognize the legitimacy of the Kurdish referendum. At this point, the official Iraqi authorities enjoy the support of Turkey and Iran. In such a company, the Iraqi rulers may well be tempted to stop separatist attempts of the Kurds and a significant part of the Sunni Arabs by force. This detail makes the prospect of another explosion of violence in the country very real.

The influence of Tehran and Ankara in Iraq may grow, and Iraq's Arab neighbors in the face of Saudi Arabia, the United Arab Emirates and Bahrain may not like such a development. They have already started building up an anti-Iranian regional bloc.

What is happening now with Qatar is a prelude to the formation of a unified position of the Arab Quartet regarding the future of Iraq. Iraq will be turned into a platform of opposition to the allegedly destructive influence of Tehran.

Riyadh has already started sounding out opportunities for active influence on internal affairs of  Iraq. The leader of Iraqi Shiites, Muqtada al-Sadr, has recently paid a visit to the Saudi capital, where he held talks with the Crown Prince of the Kingdom, Mohammed bin Salman.

Muqtada al-Sadr is considered to be one of the three figures in the future struggle for power in Baghdad, along with Vice President Nouri al-Maliki (who has recently visited Moscow) and Acting Prime Minister Haidar al-Abadi, who claims the glory of the winner in Mosul. Note that these three gentlemen are Shiites, and they are far from being moderate ones. They all have strong ties with Iran and enjoy support in Washington.

The Saudis, along with the Iranians, the Turks and the Americans intend to take part in the upcoming game in Iraq. Unfortunately, a "victory" in Mosul may lead to another outbreak of violence in the autumn of this year.