When talking about the future of the Balkans, Serbian President Alexander Vucic always highlights his primary objectives as president - roads and economy. Serbia currently undergoes many changes, with the help of which Vucic intends to make his country a full-fledged member of the European Union. To materialise the dream, the president of Serbia relies not so much on stingy European creditors, but rather on ambitious political forces of China. 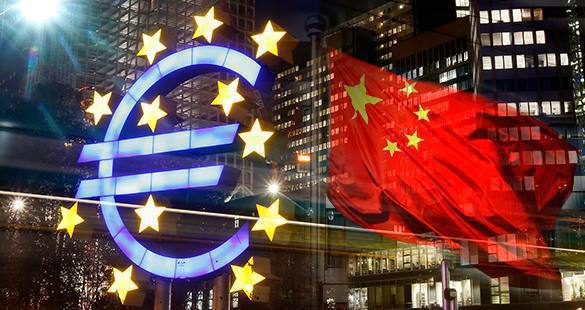 Let's face it: Serbia, at least the sitting Serbian administration, no longer looks at Russia with admiration. Russia no longer conducts an active policy in the Balkans for a number of objective reasons, and Serbian politicians do not want to wait for Russia's foreign policy to change. Pro-European forces in Belgrade are Western, rather than Eastern oriented forces, despite historical traditions.

Serbia is one of the poorest countries in Europe with a population of more than seven million people. Of course, it is difficult to imagine Serbia as a partner, with the help of which China is going to penetrate into Europe. However, long-standing ties between the two countries, combined with the geographic position, have made Belgrade a key player in Beijing's policy in the Balkans.

This is mutually beneficial cooperation. Serbia needs investments in economy and infrastructure as soon as possible, while China follows its long-standing goal to obtain support in southeastern Europe and strengthen its influence in the countries that are likely to become full members of the European Union.

Over the past few years, China has invested heavily in Serbia. Let's take, for example, a 170-million-euro bridge across the Danube or a thermal power plant in Belgrade worth 700 million. A Chinese company has recently acquired the only metallurgical plant in Serbia and promised to revive the nation's industry without cutting jobs.

Unlike international creditors like the World Bank, China is often ready to finance projects with dubious economic returns at below-market rates. As long as EU funds are available only for EU members, China is the only alternative for countries such as Serbia.

Serbian Minister for Transport Zoran Mihajlovic believes that it was highly complicated for the country to obtain loans from Western countries prior to the advent of Chinese investors. "Now, when we discuss our projects, they ask us "Why China?" To be honest, this is because the Chinese  have money," the minister said.

Last year, Chinese shipping giant Cosco closed the deal to acquire a controlling stake of Greece's largest port - Piraeus. The Chinese have already invested about 600 million euros in the modernisation of the facility, having turned it into one of the world's 50 largest ports. China is turning Piraeus into its European gateway.

For Chinese ships heading to Europe via the Suez Canal, the relatively close Piraeus is a much more attractive option. If the Balkans are equipped with modern infrastructure for cargo transportation, the volumes of trade will grow every year.

A large-scale access to the EU market is only a part of the story. China intends not only to send goods to Europe - the Celestial Empire wants to export products from Europe. Beijing's long-term objective is to create its own industrial and production base to serve not only the European market, but also emerging Eurasian markets from the Eastern Mediterranean to the Middle East and India.

China has set up an investment fund with a treasury worth 10 billion euros to finance infrastructure projects in the countries from the Baltic to the Balkans. The main goal is to win economic control over the region, which lags far behind Western Europe in terms of well-being. Serbia, being in its very center, is a core of China's plan to create a land bridge from Piraeus.

China repairs the railways that remained untouched since their construction in the XIX century. In addition, China has been gradually making its way into the local industry. For example, German officials admit that China has captured such industries as robotics and instrumentation. China does everything quickly, without asking questions, which is obviously a great advantage.

China has already obtained leverage in the region with the help of Serbia and Greece. Yet, China has not manifested its political will yet.

However, a close look at Greek Prime Minister Alexis Tsipras will show that he constantly blocks EU statements on China, if they do not meet interests of Chinese President Xi Jinping.

A few years later, if the EU continues to expand, the Chinese Communist Party will have a lot more friends in Brussels. Ageing European heavyweights, such as Germany and France, will have hard times fighting the power of the People's Republic of China in Europe.