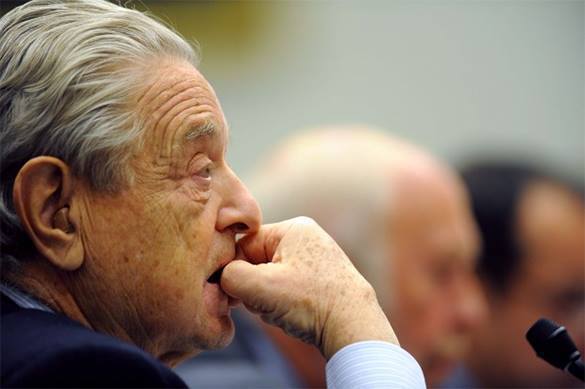 Il Giornale also quoted that the same day that President of Germany, Frank-Walter Steinmeier, was also received in Rome.

The coincidence of Soros' visit is very interesting since approximately three weeks ago Sicilian judge Carmelo Zuccaro brought up the case of several NGO's (some of which seem to be linked to the Soros-network) accused of picking up illegal immigrants near the Libyan coasts, after previous agreements with human traffickers, in order to bring them to Italy and place them in centres managed by social cooperatives that receive millions of euros from the EU and private philanthropists.

Zuccaro witnessed strong resistance not only by political pressure groups and Institutional actors but also by other judges.

Anis Amri, the Tunisian terrorist that attacked the Berlin street market in December 2016, was among the illegal immigrants who had reached Italy on a boat. One of the various cases that show a direct link between illegal immigration and terrorism, even though the Italian Minister of Interior, Marco Minniti, is still denying the fact.

As Il Giornale explained, Soros is a major supporter of illegal immigration into Europe (that puts at stake UE's security), legalisation of drugs and LGBT policies.

If Soros was received inside official government headquarters, then it is an institutional meeting, which means that the Parliament should have been previously informed on its contents and objectives. Political party Forza Italia will present a parliament interrogation on the issue.

George Soros is a US billionaire known for his involvement in international politics, in particular the backing of the so called 'colour revolutions' - the seizing of power from nationalist-inclining regimes in favour of pro-globalist forces. He is also considered one of the main actors behind the destabilisation of Ukraine, the Balkans (supporting Albanians against Slavs in Kosovo and Fyrom) and behind the support of the anti-Assad activists and volunteers in Syria, including the "White Helmets."

The fact that Italian PM Paolo Gentiloni received Soros in an institutional building without previous notice to the Parliament is a very serious episode that requires clear explanations. Soros' positions and ideals put at stake the security and the stability of Europe and the relations between Italy and Russia and the Italian government needs to be clear on the positions that it intends to have.