How France has killed itself

The migration crisis has rocked the European community from top to bottom, having violated all healthy interconnections in the society. Many theorists in the field of immigration regret the inaction on the part of main mechanisms of assimilation, such as army and school. 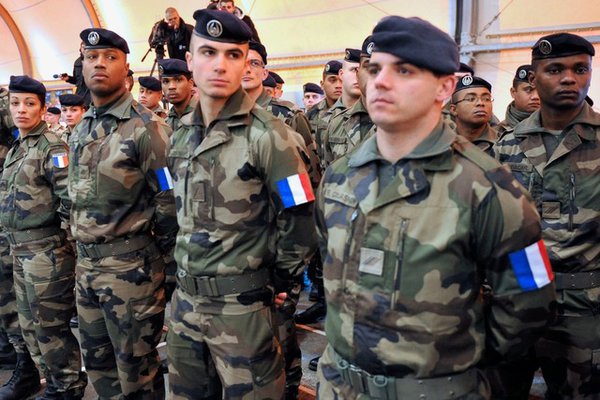 It is these institutions that traditionally 'process' newcomers, turning them into French people. The scenario was used during the mass Polish migration, which at the beginning of the 20th century managed to provide miners for coal mines in the north of the country. The same can be said about numerous white migrants from tsarist Russia, who became French people in one generation.

Unfortunately, modern-day France sticks to the Anglo-Saxon ultra-liberal globalist ideology. The country has found itself in the hands of ethnic ghettos. Principles of the unity of the nation have been lost, the very foundations of people's existence have been undermined against the backdrop of the fierce struggle for territory. In the suburbs of Paris, Saint-Denis, where the tomb of French kings is located, one can hardly come across any French people now. This territory is a zone of compact residence for natives of North Africa.

The French Ministry of Defense currently has to take into account such factors as origin, language and the degree of loyalty to the French Republic when dealing with its own military personnel. Preconditions for a civil war are ready.

At the same time, most politicians and public figures stubbornly refuse to see tragedy in the current situation. Some support the revival of compulsory army draft, which was abolished in France more than 15 years ago. The supporters of this approach pin hopes for compulsory assimilation, which takes place in army barracks one way or another.

To clarify aspects of such a solution, Pravda.Ru turned to general, Inspector of the French Ministry of Defense, Jean-Marie Vogère.

"Before 1996 (the year when President Jacques Chirac decided to switch to professional army - Ed.), French secret services were well aware of the state of French suburban areas. Incidents of drug trade were numerous back then already. Secret mosques would be organized to propagate hatred and radicalize youth. At the present time, the return to general military service appears to be the right solution for a number of reasons.

"The problems that the lost young generation from French suburbs poses before the French authorities do not have a peaceful solution, because they are too broad. One must also take into account the fact that it goes about a young generation of conscription age - 700,000-800,000 people.

"Educating the youth is not a direct task of the armed forces of the country. The military are no longer able to solve these problems either due to the lack of an appropriate military contingent and necessary infrastructure for admission to military service. Such an objective will also thwart the army from serving its prime goal - the protection of the national territory with the help of weapons. We can not teach unreliable individuals how to use weapons.

"If compulsory military service were again introduced, we would be compelled to cure consequences of the horrific state of the youth, completely forgotten by the political class, instead of addressing the causes of it.

"It is the state that should deal with the problem in full. One should pay attention to family upbringing, because we have been fiercely destroying the institution of family for 40 years with the help of notorious and distorted "public" laws, having undermined the very concept of parental authority.

"The French authorities should also deal with migration flows. It goes about various channels to supply prohibited goods to the secret market. Thus, we have a parallel economy in the French society, which, in turn, leads to the prosperity of legions of outcast individuals. The French authorities must return to the protection of national borders and close down extremist mosques. All these actions are either not carried out at all, or are carried out negligibly."