The Eurasian Movement: an interview with Leonid Savin - Part 1

For several years Russia is facing many challenges on several fronts: economic, cultural, social, military. Relations with the West have become progressively more tense during the Obama's presidency as a result of the Russian intervention in Syria (where America fought and fails to stop fighting her perhaps most important proxy war against Russia by the times of that in Chechnya), the annexation of the Crimea as a response to the subversion of Ukraine operated by the US Department of State and the wound still open and bleeding of the Donbass. The Trump's presidency is still in its early days and its interaction with the Russian nation is far from being free of obstacles and difficulties. All crises inherited by Obama therefore remain unsolved. However, the world is returning to a condition of multipolarity, like it or not the Washington's elites and then Russia and China, but also other nations, claiming their place in the international community with more and more determination. 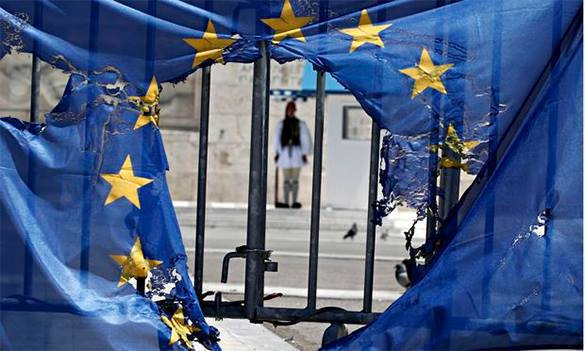 It is with us this time Leonid Savin, Moscow State University, for a long interview as member of the Eurasian Movement, founded by the philosopher Alexandr Dugin and his close associate. Dr. Savin is the author of several books about the main issues of geopolitics and recently participated as moderator for a panel discussion at the Russian Parliament on, among other things, patriotic education and falsification of History.

Q) Thanks for being here with us Dr. Savin. Could you explain to our readers what is the Eurasian movement of which you are a member?

A) It is non-governmental organization with international status. We active as parapolitical movement, intellectual hub, think-tank, cultural association and business club. Main idea is about Eurasian integration, multipolarity, anti-liberalism, alternative to global dominance of U.S., respect to traditional cultures, religions and beliefs. But it is large than Eurasia continent and we have many followers and friends in countries of Latin America, Canada, Africa, Pacific region.

Q) Who is its founder and why?

A) Founder is famous Russian philosopher Aleksander Dugin. Also he is founder of contemporary Russian school of geopolitics and ideology of neo-eurasianism. Before he created political party, but it was not useful so in 2003 Eurasian movement was formed.

Q) How does this movement develop its political and cultural action? Only in Russia or in other parts of the world too?

A) In contemporary word foreign and domestic policy are mixed and we focused on both. In Russia we have our people in Parliament, regional authorities, universities, business sector, media, etc. - it is kind of net with shared ideas and approaches. For many years we organized political actions (incl. mass meetings) in many Russian cities, lectures and educational processes in universities, festivals and publishing of books and magazines. Some similar events were held abroad. Especially in Serbia, Spain, Brazil, Argentina, Germany, Iran, Lebanon, Moldova, Transnistria, Kazakhstan, Syria, Libya, France, Italy, Austria, Hungary. Sometimes we works through our friends/partners in different countries who give us platform for proxy activity. Especially it is important in places where is hostile environment and we start actions to change situation.

Q) Just speaking about Russia, do you think we are watching to an "orthodox renaissance" in a religious and social sense in the contemporary Russian society?

A) I think not really. Most of Russian citizens are Orthodox Christians by survey, not by fact. 80% of them going to church two times for year and not understand dogmatic principles. But even this kind of soft Christianity also seems like powerful tool for decision makers. In other hand Russian Orthodox Church itself is strong social institution that can to organize social mobilization and able to use own resources.

Q) How much can the common Orthodox roots of Russia realistically influence, in a geopolitical key, other countries, Slavs and non-Slavs, such as Serbia but also Greece?

A) Serbian-Russian relations are good especially of Orthodox brotherhood. Many Russians likes Greece because in historical sense there were one of the roots of Christianity. We can take in attention some kind of negotiations where Russian Orthodox Church involved. But from geopolitical point of view religion has limited impact, cause openly Church can't be involved  in political affairs. In medieval Russia and Russian Empire it was more influential.

Q) So, in your opinion, what is Russia today and who is Vladimir Putin?

A) Russia is important actor with main domination in Northern Eurasia and with some influence on global stage. Russia has own mission, but in official document you will not find any exceptionalism (like in doctrines and strategies of U.S. for example). Our current position and level of power were possible because of personal role of Vladimir Putin. Let's remember - on Munich Conference on security in February 2008 he told that world order will be not depends of Washington and U.S. must to understand it. It became in reality. He has personal charisma and well experienced in politics so it is not easy (mostly impossible) to win him (as West tries to do), but very possible to cooperate. If we will use term of Antonio Gramsci Putin is following ceasarism type of ruling, but we hope that western hegemony will fail very soon.

Q) The NATO deployment to the Russian borders mirrors that of Nazi Germany prior to Operation Barbarossa. Is there a perception of danger in Russia and, if yes,  how much deep is it?

A) Yes, both - our leadership and people of Russia understand NATO as existential threat to Russian national interests and security. Problem is NATO and its American head not follows own principles and rules. They use double standard approach, so we can't trust to them. Enlargement of NATO undermines regional security and many treats. For example, article 3 of Paris peace agreement between Finland and USSR (still valid) tells that "Both contracting parties undertake each to refrain from any attack upon the other and to make no alliance and to participate in no coalition directed against either of the contracting parties." But now we see attempts to engage Finland into NATO and some Finnish politicians doing pro-NATO propaganda. The same about other regions - Balkans and Eastern Europe.

Q) Let's talk about Ukraine. Nazism and democracy are definitely not on the same wavelength but US were and are silent about Ukrainian Nazis. Why this silence in your opinion?

A) Double standards as I told before. Ukraine was used by USA also for two reasons. It was a kind of ressentimant because of Russian support of Syria. Also Ukraine under governance of Yanukovich prepared to join Eurasian Economic Union. You remember that one fixed idea of Zbigniew Brzezinski is about security belt in Europe (new cordone sanitaire) with Poland and Ukraine as main actors. Poland already is American ally and Washington started to organize coup d'etat in Ukraine to establish direct influence in this country. Victoria Nuland was very clear about goals of USA and any European involvement  - "Fuck EU". But when chaos started once it is difficult to control it and organize new order. Like in Libya or other places of American creative destruction.

Q) Should we be surprised by the Russian reactions in Crimea and Donbass?

A) Russia was excellent in Crimea, but failed in Donbass. For my opinion it was serious mistake to stop in Donbass and Eastern Ukraine. Many people were killed and tortured by Ukrainian Nazi regime (Odessa burn is the most known). If West can to organize humanitarian interventions and this tool was implemented into international law why Russia can't do the same?  West also must to understand that Crimea is Russian until last  times. But dissolution of Ukraine is not finished yet. Any proposes to give Crimea back are senseless. Better to intervene and liberate more people from oppressive Ukrainian regime.

Q) What is the only possible solution for the Ukrainian crisis at the moment?

A) The question is for whom? Interests of Russia, Europe and Ukraine are different. But anyway ceasefire in Donbass is need first. It was announced many times, but Ukrainian side still violate agreements.

Author`s name Costantino Ceoldo
17:35
Death toll from Turkey deadly quake rises fast to 1,500 and counting
14:59
Russian Olympic ice dancing champion develops gangrene of his leg
13:54
Another strong earthquake strikes central Turkey as over 900 reported killed
13:22
Turkey earthquake claims hundreds of lives as warning system does not operate
18:54
Ukrainian soldier uses chainsaw and fire to release US howitzer from ice trap
18:30
Onet: Ukraine will lose in six months due to shell shortage
17:36
Russian troops defeat Ukrainian troops in Zaporizhzhia region
14:50
Number of foreign mercenaries in Ukraine continues growing
14:17
Russians buy more than 50 tons of gold in 2022
13:57
Russia will not talk to Ukraine. Russia will talk to the West
Drone with large air bomb on board explodes over Kaluga in western Russia