During the recent security conference in Munich, European Commission chief Jean-Claude Juncker strongly rejected the call from the USA to increase the spending of European countries on NATO's needs to the levels stipulated in the charter of the alliance (two per cent of GDP). At the same time, the European Parliament adopted a resolution to set up a joint European army. It turns out that Europe has money for its own army, but has no extra money for NATO. Is Europe trying to haggle with Donald Trump, using the European Army as an argument for Washington's greater compliancy? 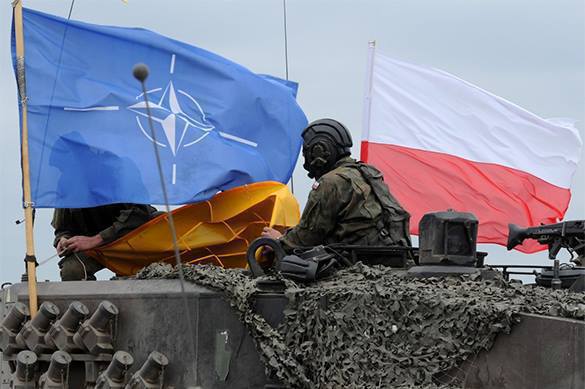 The fight started when US Secretary of Defense James Mattis said during the meeting of NATO Defence Ministers that NATO members should pay their fees accordingly. A NATO member is supposed to pay amount of two percent of GDP. Yet, Germany, the wealthiest member of the European Union, pays only 1.22 percent.

European officials only said that the call voiced by James Mattis was a long-standing American requirement that they would not meet. In a nutshell, European leaders believe that NATO chiefs from the USA can say whatever they want, but Europe will not pay as they demand.

Interestingly, the current situation describes NATO's inner attitude to its legal grounds. Some small or would-be members of the alliance, such as the Baltic States or Ukraine and Georgia, cherish the NATO charter, especially Article Five, which binds all NATO members to start a war with any country that attacks them.

However, many experts admit that NATO's collective defence does not work automatically. One requires a unanimous decision on the subject from all member-countries, and this is something that may not happen in the end. A NATO member may not pay a fee to the NATO budget. Why not apply the same principle to the participation in NATO's military operations, when privileged members of the alliance do not see any profit in taking part in them?

Jean-Claude Juncker tried to expand on his refusal not to execute the NATO charter. Firstly, it was said that an increase in defence spending for NATO needs would mean the absence of budget surplus, which would harm stability. Secondly, EU's chief bureaucrat does not like the fact that his American friends narrow the concept of security to defence spending."

Indeed, the defence power of any state depends not only on the number of troops and weapons, but also on the level of economic development and welfare of citizens, etc.

The US administration is fed up with attempts of European colleagues to dodge financial support for collective defence. This makes US officials raise this subject in their talks with European officials over and over again. The latter simply respond: "We won't pay more, that's it."

To obtain an extra trump card for negotiations with Washington, the European Parliament has recently adopted a resolution stipulating for the creation of the unified European army. The move suggests that European stinginess about the NATO budget goes beyond EU's declared commitment to a balanced budget. Naturally it is always cheaper to maintain an organisation that already exists rather than create new European military structure.

It remains unclear how the EU intends to implement the idea - together with NATO forces or separately from them. If the new European army is created to supplement NATO forces, the spending will increase dramatically. Should Europe abandon NATO, EU countries will find themselves defenceless for quite a while. Russia is no threat for Europe, even though Western media keep telling a different story. However, there are other real threats, like, for example, Islamic terrorism that has taken the form of a quasi-state with the help of the money from Western sponsors.

Can Europe create a joint European army? Let's leave military and economic issues of the project aside and look at purely political aspects. The resolution of the European Parliament is nothing but a declaration of intent. EU's important decisions are made on the level of the European Council, with the participation of state leaders. Highly important decisions, like the one about the joint European army, require unanimous approval from all members.

Of course, Germany's interests play a huge role in the EU, because Germany acts as the locomotive of the European economy. Yet, many remember Germany's leadership in Europe during the times of the Third Reich. It appears that many European countries would be much more comfortable if Germany avoids the temptation of building the Fourth Reich. Who can guarantee that it would not happen if Germany is relieved of USA's military control within the scope of NATO?

Therefore, the idea of the joint European army comes as a rhetorical attempt on the part of European leaders to inflate their credentials for negotiations with the Trump administration about the funding of NATO structures. US officials understand this too. Therefore, it is difficult to predict how the talks between Europe and NATO are going to end. Is it a lovers' quarrel that soon mends? Will Europe accept US requirements? Will there be a divorce?