What is modern terrorism? Is the terrorist threat going to reduce in the world against the backdrop of anti-terrorist operations in Syria? Pravda.Ru meets Israeli analyst, former head of Israeli intelligence service Nativ, Yakov Kedmi, to discuss challenges of modern terrorism. 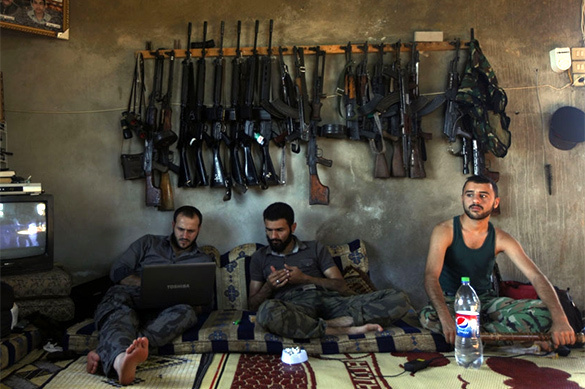 "The war of international terrorism against Russia began a long time ago. This war, the hotbed of which is located in the Middle East, takes place both inside and outside Russia. Terrorists attack Russian officials abroad.

"We, the Israelis, are familiar with this, because we have been objects of international terror abroad for over 40 years. Terrorist organisations look for victims of Israeli origin anywhere, and we know it. They can be just Israeli tourists somewhere in Bulgaria, our athletes, representatives of Jewish communities in Argentina or in Europe - anywhere in the world. It has been like that for 40 years. I believe that Russia has come to realise that the war against terrorism is not local. Everyone is involved in this war, like in any other total war, but special services play a special role at this point.

"Violence has always been present in the history of mankind. Terrorism will disappear when violence stops being a part of human nature. Obviously, this is not going to happen in the near future, of course, not in this life. No one, who lives in the world today, will see the end of terrorism."

"What is going to happen in Europe?"

"So many refugees have moved to Europe. Some of those people who have escaped from the Islamic world, will try to solve their problems by joining terrorist activities. The destruction of the terrorist hotbed in the Middle East will bring even more terrorists to Europe. Europe can only expect the terrorist threat to grow.

"There are two major factors in the anti-terrorist struggle. The first one of them is intelligence. The second one is initiative. If terrorists take on the initiative, they will always be one step ahead. Reacting to terrorist attacks is like waving fists after a fight. Terrorists will be successful in their activities until everyone involved in the anti-terrorist struggle realise that. Israel's successes in the fight against terrorism are based on these two factors."

"Is it all about total surveillance then?"

"First and foremost, one needs to collect as much information as possible. One needs to control all channels of recruitment, transportation, finance and organisation. Anything goes to accomplish that. At the same time, all the work must be conducted within legal framework. In Israel, for example, it is legally allowed to torture terrorists. If special services need to obtain information to prevent more victims, they resort to torture. It is up to the judge to make the adequate decision on the basis of the information that he receives from special services.

One needs to understand, though, that incompetence, negligence and lack of professionalism is typical of Europe. It is easiest to shoot every drug dealer on the spot without trial, as they do in the Philippines. Yet, no one kills anyone nearby, in Singapore, and there is no crime there."