The Russian military are returning to Egypt. Russia and Egypt held their first-ever paratrooper exercises in the African desert. The friendship between the two countries started many decades ago, when the USSR rescued Egypt from collapse and helped the Egyptians create a modern army and return the territories seized by Israel. Pravda.Ru talked about the Russian-Egyptian military cooperation in an interview with chairman of the Council of Veterans of the War in Egypt, Yuri Myakishev. 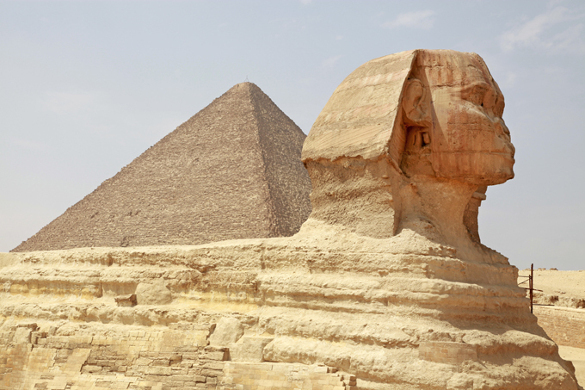 "Where are the roots of the Russian-Egyptian relations in the military sphere?"

"Egypt and Israel had been at war with each other four times. The enmity between these two countries laid the foundation of USSR's friendly relations with Egypt, because Israel was an ally of the United States of America. Egypt had no choice but to look up to another great power - the USSR.

"The Arab-Israeli conflict started in 1947, when the Security Council decided to establish two states in Palestine: the Palestinian (Arab) and the Israeli ones with Jerusalem being one capital. Palestine used to be the home to 725,000 Arabs and about 10,000 Jews. Neither liked the idea of being divided into two states. An armed conflict started the same year, in which the United States supported Israel, and Israel resolved the conflict in its favor. Egypt took part in the conflict along with other Arab states, but it was defeated.

"Egypt then had to look for a partner, and the country found it in the face of the USSR. Since then, no matter what the situation in the world might be, Russia has always maintained cooperation with Egypt. Egypt asked for help, and the USSR started helping the country. The cooperation became stronger after the tripartite aggression of 1956, when Britain, France and Israel decided to occupy the Suez Canal. On November 5, 1956, their troops landed in the area of ​​Port Said.

"The Soviet Union made a loud statement demanding the aggressors should stop their actions and promised to deploy its own troops to support Egypt otherwise.

"The Soviet Union also appealed to the UN with a proposal to cease hostilities within 12 hours, asking the aggressors to pull out their troops in three days. Britain and France withdrew their troops on 22 December, but Israel stayed longer before withdrawing troops on March 7, 1957. The cooperation between the USSR and Egypt made the relations between the two countries even stronger and more friendly.

"As a result of this cooperation, 97 objects had been built, including the Aswan High Dam, Helwan Iron and Steel Works and many other enterprises. The USSR was rapidly developing political, economic and military cooperation with Egypt. In June 1967, Israel attacked Egypt again and seized the Sinai Peninsula as a result of the war. Israel also defeated Syria and Jordan, having taken the Golan Heights and the West Bank of Jordan.

"The Soviet Union appealed to Israel to stop the conflict. Israel did not respond immediately. On the sixth day of the war, the Soviet Union broke off diplomatic relations with Israel, thus showing its readiness to use military force should iIsrael continue the war. Israel stopped the conflict, and the armistice was signed.

"The Soviet Union turned to the Security Council of the United Nations, where it was decided that Israel should return the seized territories. However, the restoration of the status qua still continues today."

"Was it the time when Egypt asked for more help?"

"Yes - the day after the aggression was stopped. The military assistance from the Soviet Union was intense, and in 1969 Egypt realized that it had built a strong army. Egypt declared a war of attrition on Israel. Egypt started shelling military facilities on the territory of the Sinai Peninsula. Israel responded with air strikes, and Egypt had weak air defense systems.

"Nasser went to Moscow to personally ask the Soviet leadership for anti-aircraft missile systems and personnel to cover the Egyptian sky. The Soviet leadership decided to listen to Gamal Abdel Nasser, and in January of 1970, the 18th Air Defense Division of the USSR arrived in Egypt by sea. The division was protecting most important objects - Cairo, Alexandria and Aswan, as well as industrial and military sites.

"The first American aircraft, a Phantom, was shot down on June 30, 1970, even though the Americans were advertising the aircraft as invincible. Before August 3, Israel had lost 13 aircraft. Soon afterwards, Israel asked Egypt to sign a peace treaty.

"The USSR ran an extensive program to create the Egyptian army, but it was air defense systems that pushed Israel towards a move to sign the peace treaty with Israel. The participation of the Soviet Union in the creation of the Egyptian army was enormous, although the subject was closed for public attention. The secrets were unveiled in 1988. It was said that as many as 55,000 Soviet people - from privates to generals - took part in the war on the side of Egypt. Fifty-nine Soviet military men were killed. Two of them received the titles of Heroes of the Soviet Union, whereas more than a hundred were decorated with orders and medals."