What comes to your mind when you come across the subject of plastination of human remains? Of course, the first thing that comes to mind is purely a medical issue, which still looks suspicious to many. The utilization of corpses appears to be a subject from the era of the Third Reich and hideous Nazi crimes. 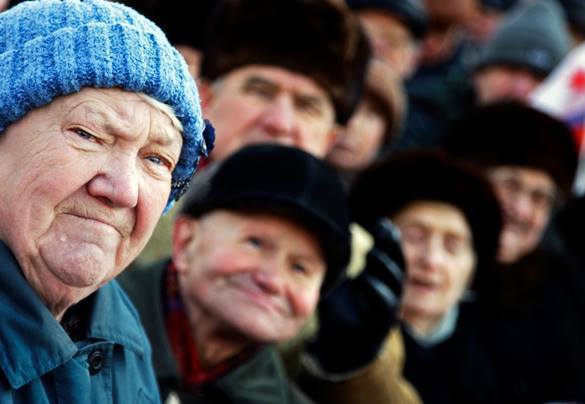 In today's Germany, however, the utilization of dead bodies has been profitable business for many years. The Germans harvest dead people's organs, or even sell dead bodies for exhibitions.

A series of articles penned by German journalist Heiner Hesse (aka Olivier Renault) tell the stories that many people can see in their worst nightmares. Indeed, in Western Europe, a human corpse has long been viewed as an item for art exhibitions. However, art is only a screen that covers the industrial dismemberment and disposal of the corpses of German citizens with the support from the federal government. Let us listen to what the author of the study says.

"You conducted an investigation into a German factory that dismembers and disposes of human bodies?"

"Indeed, the so-called plastinarium officially exists since 1977. It was created in the GDR, but then it developed to a national and even global level. The company's headquarters is located in the north of Germany, near the Polish border.

"In today's Germany, there are several centers of production. We call it the "secondary use of human bodies." The factory has special tanks to dissolve bodies and other technical facilities required for the extraction of chemical elements from human bodies. If you are a journalist or a business man, you may feel free to go there. I went there in 2006. The factory is located in Brandenburg, in the town of Guben."

"Why are they doing it to the bodies? Why so many corpses? Even if someone wants to create an art show of plasticized people, they will not run a whole factory to do it. Any production requires profitability, otherwise it makes no sense to work."

"The plastinarium is a showcase. In Berlin, there is a permanent exhibition of corpses. The firm has registered its trade mark and organizes exhibitions around the world - including in the UK, Japan, USA, etc. However, it is forbidden in France and Russia. The society thus tries to help science, but this is just a way to justify the activity of the company.

"Officially, their shows are supposed to demonstrate the functions of internal organs of human beings. In fact, the factory conducts the industrial processing of the deceased. In Poland and Germany, there are warehouses of processed human remains. It is quite possible that derivatives are used in cosmetics. Different parts of the human skeleton, tendons and so on can be used in modern industry indeed. They send batches of dead bodies to China too."

"Do you mean that the Germans have learned to dispose of various body parts and dissolve them into constituent elements for either easier recycling or use in the chemical industry and, perhaps, in the agricultural sector?"

"Yes. I am also surprised that there is no reaction either from Berlin or Brussels. As a matter of fact, it goes about pressure on lone elderly individuals, who live their last days in hospices and so on. They are nearly forced to sign papers to refuse from their own bodies after death. And all are silent about it.

"In Germany, there are about 23 million pensioners. All of them need to be taken care of. There are many lonely individuals among them too. Every year, about 800,000 people die in Germany. In 30 years, the rate will grow to one million people a year. Germany is limited in its land resources, and it is hard to handle the problem of funerals at this point. Here is where the plastinarium comes forward as an ingenious solution to the problem of death and the disposal of the remains."

"In Japan, people normally cremate the dead because of the lack of land. Do the Europeans believe that they have to do something about dead people? In one of your articles you say that German Health Minister Hermann Grebe supports the process silently. Does the German government support the practice?"

"I am convinced that the German society and government are aware of what is going on. However, when I tried to discuss the topic with members of the Bundestag, they would turn away from me immediately, even though this whole activity is absolutely legal. I also found evidence to prove that  the companies involved in this business work with the elderly, including with chronic elderly patients, encouraging them to refuse from their bodies after death. In other words, they already recycle the elderly as the waste of society!

"In addition, since the agreement requires only one signature,  I believe that they use forged documents in some cases. They tell elderly people that they will not have to pay for their own funeral.

"We are all sentenced to death from birth. Why make a show out of death? Why is there no respect for the deceased? I think that here we can see vestiges of the Nazi perception of the world. It should be understood that the Western society has cast away many human values: respect for the family, children, death, etc. I am grateful to Pravda.Ru for showing interest in this, because nobody in the West wants to deal with it.  There is also evidence showing that the plastinarium sells human bodies and body parts - about 80,000 euros for a body. The very existence of this industry of death is revolting."

"Do you think this it could be part of the program to undermine and subsequently destroy the very foundations of human perception of the surrounding world?"

"It is a part of the program for the destruction of Christian values. Just imagine that you are old, sick, vulnerable, and some social worker will be around you, trying to persuade you to step into a mincer. I do not think that many people would like to experience such an end of life for themselves."