Exciting countdown for Turkey and Russia 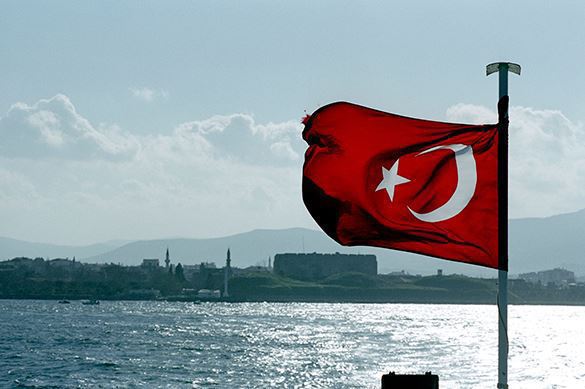 August 9 will be the long-overdue meeting for leaders of both Russia and Turkey. The entire world including both Turks and Russians were closely monitoring the developments between these two countries and holding their breath. I believe that this meeting will yield in goodness and we wish it will be successful in mending the broken bonds quickly. There is nothing that can't be solved through communication, and unselfish regard for a mutually beneficial outcome. I hope this will be a new chapter that will strengthen ties even beyond what both countries enjoyed before.

Turkey and Russia have had diplomatic relations for 500 years

The diplomatic relations between Turkey and Russia date back five hundred years. Additionally, their humanitarian and commercial ties go back even further. Even though these two empires from time to time have interfered or been involved in conflicts during the previous centuries, they both played major roles in shaping the region and they continue to do so today. Political engagement hasn't been the only experience, historically scientists had carried cultural bonds between these two nations to a high level and it is very likely that major progress will be achieved once again in the days ahead. It is noteworthy to remember that it was the 19th century Russian turkologist Nikolai Yadrintsev who discovered the Orkhon script (the old Turkish script also known as Gokturk script) that brought him world fame.

Similarly, Konstantin Leontiev, the 19th century philosopher and Russian ambassador to Istanbul, always emphasized the commonalities between the Ottoman and Russian Empires. He used to say that these two were traditionalist and religious states that embraced many nations with various identities and ethnicities. He called this structure "overwhelming complexity" and always supported the idea that the two empires should always be on the side of one another. Even today, it is important to give ear to what this valuable philosopher said. It was not a statement just addressed to the people of his time, and it is important  to take lesson and be aware of what richness Turks and Russians have shared since early times.

How leaders reacted after the coup attempt in Turkey

Today, we see Turkey being in dire straits trying to survive a bloody coup attempt, which took place only a few weeks ago. While Turkish nation passed a serious test on democracy by courageously thwarting this attempt, many leaders who claimed to be our allies stayed silent or denounced the coup halfheartedly and preferred to criticize Turkey instead. On the contrary, Russian leader Putin was among the first leaders to call President Erdogan on June 17th morning to express his support to the Turkish nation. The EU remained ambivalent and quiet to the coup attempt. Former Sweden Prime Minister Carl Bildt criticized the reaction of the EU in the face of such a big attempt against democracy in an article he penned in Politico with tough words. To cap it all, while IMF and World Bank decreased Turkey's credit rating, Prime Minister Medvedev ratified the decree to restart commercial and economic cooperation as of July 23rd. These valuable attitudes can never be overlooked or ever forgotten. Nations rarely go through such extreme difficulties and when they do, they always remember those who gave their unwavering support and who act decisive and courageously. An old Turkish saying, "a friend in need is a friend indeed," expresses this quite well.

What do we expect from the August 9 meeting?

Presidents Putin and Erdogan should solidify an endless real friendship. It is beneficial for both nations to make such an alliance in all possible ways. The first step the leaders should take is to give a very friendly message and tell the world that they are strong allies. They should give credit and reassure their people that cultural, economic and humanitarian ties will be much better than before. They should inform their people to continue their neighborly affection and relations. Everyone is very well aware of the fact that both the international and local media organizations have reported many negative judgmental stories regarding events and bilateral relations between these nations. Therefore, it is important to hear comforting, loving and friendly statements from the top leaders and then the other diplomats, politicians, civil societies should follow doing the same.

What should be done regarding Syria issue?

President Erdogan should use this meeting to make a strict announcement in terms of clarifying the territorial integrity of Syria. They can form an alliance and urgent precautions need to be taken in terms of protecting Syria's territorial integrity. In conjunction with this, the two leaders can sign a common defense pact; any attack to Turkey would be regarded as if it is done to Russia and vice versa. One of the preliminary steps Turkey should take is to lift visas for Syria. If a person from Syria is suspicious, then Turkey should never allow that person's entrance to our country. However, it is not reasonable to make travel difficult for scientists, artists, politicians to come to Turkey. In this regard, Turkey can ease the visa procedures and allow those people to enter the country when they need. We can go back to the good old days with this convenience. Since Turkey is also dealing with a serious terror threat by the PKK and PYD terrorist organizations in the Southeastern Turkey, a pact between Russia, Iran and Turkey would be of utmost importance to protect our borders and territorial integrity. Both countries take on an important task to stop the conflict in the region and to end the bloodshed. Along with Iran, they should take solid steps to this end immediately. These countries have the power to transport humanitarian aid to the war victims in need and make humanitarian corridors just like Russia did last week in Aleppo or provide other practical solutions. They can accelerate the peace negotiations for a cease fire and reach a quick solution through diplomacy rather than arms.

Turkey and Russia to collaborate on many issues

It is not enough to write what we expect from this meeting and what these two countries can do to gain mutual benefits in one article. There are countless sectors that can bear fruit from construction to tourism, science to art, and energy to economic agreements. If they act in alliance in every possible way, they can be the means to extinguish the fire in the region, be that they mediate a solution for the Armenian and Ukraine issues or Syria. I will continue to detail these points and give specific examples of how to take action in my next article. I once more wish the best for these two countries getting back together.