US authoritative magazine Foreign Policy has recently published an article about the situation in Ukraine. The article gives yet another recipe for the troubled country on the way to ideals of democracy and market prosperity. The article deserves some analysis despite its absurdity. 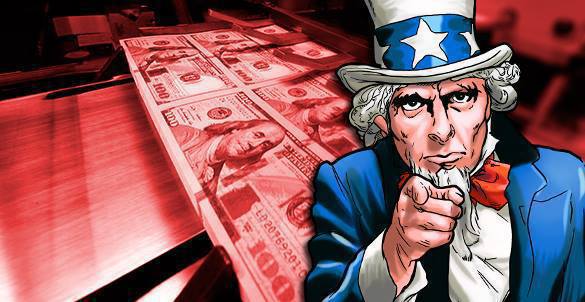 The article in Foreign Policy demonstrates the unwavering essence of US policy towards the Ukrainian people from the very beginning. It also gives a "new emphasis" to this policy. The articles is called "Dethroning Ukraine's Oligarchs: A How-To Guide." The very headline of the material exposes the intention of the US-based publication to give direct instructions to Ukraine in broad daylight, so to speak. This is not about tips and recommendations - this is a "how-to guide."

It is up to the Ukrainians to decide to which extent it is humiliating for them to receive such instructions from press. American strategists are not interested in Ukraine's dignity. It is up to the Ukrainians to deal with issues of their national pride. Does America see a difference between Ukraine and Libya, for example? It does not really matter much, if the USA makes a few more mistakes. It happens.

What about the "new emphasis" of the US policy in relation to Ukraine? The new emphasis can be seen from the very first sentence of the article: "Ukraine's oligarchs are its biggest problem."

This is very big news for today's Ukraine indeed. As it turns out, the guys in Ukraine do not even know tat their biggest problem is not Putin's Russia and its "imperialist aggression." Their biggest problem is their own oligarchs. In other words, the loss of the Crimea, the split of the country, outbreaks of civil war, the economic collapse and chronic impotence of the Ukrainian government - all of that is out of date and out of fashion now. In America, it is all the rage now to topple oligarchs.

Firstly, the FP article does not even say a word about the Crimea. This is quite symptomatic. Has Washington decided to recognize Russia's power over the peninsula by default? This could be possible, why not?

The article throws some positive light on the actual collapse of the Ukrainian state and the loss of power in eastern regions of the country. The logic is as follows:

"Ironically - and quite unintentionally - Putin's invasion of Ukraine [...] has united the country around the goal of Europeanization and effectively amputated the most heavily russophilic parts of the electorate that might oppose such a project."

In other words, the article says that it will be easier for Ukraine to become a new member in the European family without the Donbass. Forget the Crimea, forget the Donbass, go to Europe. One may only try to imagine what Poroshenko looked like when he was reading the article.

It is crucial that the FP article is addressed to the people of Ukraine - or rather, to those who remain after the deduction of the Crimea and the Donbass. For them, the task of the day, the article says, is another revolution to sweep away Ukrainian oligarchs and their regime. Including  President Poroshenko, who is "himself an oligarch with a dubious past." "First, the political class that has ruled Ukraine since independence must fall," this is the new goal for today's Ukraine.

FP does not indulge in describing technical details of another coup. The word 'Maidan' does not appear in the article - it goes about the expression of people's will during voting.

Here's where the confusion begins. What kind of voting can there be, if the article at first says that oligarchs remain in full control of all political and electoral processes and all branches of power in Ukraine? How can people topple them under these conditions?

The goals for would-be Ukrainian authorities look just as strange. They are supposed to file as many criminal cases against oligarchs as possible. "Calls to prosecute all the oligarchs are not realistic. Concluding plea bargains with most while prosecuting the holdouts is more feasible," the particle says. In a nutshell, justice has been and will remain selective, and it will be possible to avoid it for money.

So what is the difference between the new "anti-oligarchic" regime from the current oligarchic one?

Apparently, the difference is about the staff of the group of "public figures" who will be issuing arrest warrants and taking bribes.

Who can hope for these positions in the "democratic" body? FP answers this question with silence.  One may assume that radical nationalists have good chances to get new jobs. They are ready not only to forget the Crimea and the Donbass - they are ready to cut off their limbs to accuse Russia of everything and convince the West of their love. They are extremely envious of the oligarchs, who had time to steal, but left nothing to steal for "true patriots." They will be thrilled to follow all the how-to's from Washington, paying no mind to their absurdity.

Those who believed that the West would give up on the Kiev regime and all of Ukraine were right. Poroshenko and his fellow oligarchs still have some time to get ready for another war, this time against Ukrainian radicals. The West will take the side of the latter.