The opposition of Venezuela intends to dismiss President Nicolas Maduro as a result of a referendum. Caracas accused the US government of the attempt to orchestrate a coup in the country. Pravda.Ru spoke about the current events in Venezuela with coordinator of the youth organization of the United Socialist Party of Venezuela in Moscow, expert on international affairs,  Henry Machuca. 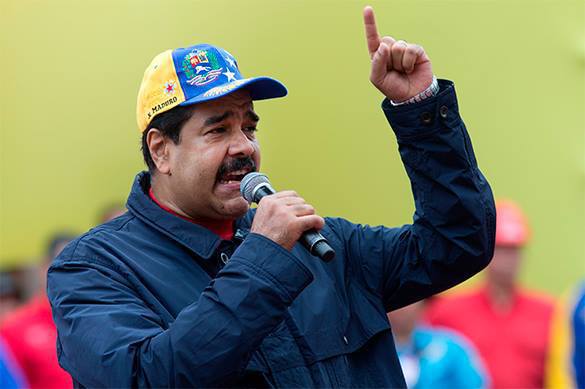 "What is happening in Venezuela now?"

"The economy of Venezuela remains in a difficult situation, because the revenues that we were receiving from oil sales in the last four years have dropped considerably. Venezuela under-receives a huge amount of money. In January, we received only $77 million in oil revenues. Needless to say that Venezuela is one of the world's largest oil exporters. The country is very much dependent on prices of hydrocarbons.

"In addition, Venezuela currently suffers from a terrible drought, and our hydropower plants do not work even at their 20-percent capacity. The absence of rains in Venezuela also shows a very strong influence on the energy situation in the country.

"At the same time, we have 14 driving forces in the new structure of the national economy. They are related to our resources. First and foremost, it goes about metallurgy, petroleum, agriculture and tourism. Venezuela is a beautiful country, but tourism revenues are very small as opposed to the oil industry."

"It appears that Venezuela is standing on the brink of an armed rebellion. Is there a conspiracy brewing against President Maduro?"

"President Maduro is trying to maintain stability in the country, and this has been very difficult to manage lately. Opposition and the United States have a plan code-named Freed. This plan is being implemented by the opposition of Venezuela with the help of US military bases in Latin America.

"The second part of the plan is to promote a referendum against Maduro. The Constitution of Venezuela states that any elected person, both on a regional and top level, can be removed from power through a referendum. This is democratic element of our Constitution that the opposition has the right to use.

"However, this referendum is only a shadow of the process that the US government administrates. The Venezuelan opposition has won the parliamentary elections, and now they are trying to pass the laws that go against the Constitution.

"The third part of the plan stipulated for the rejection from credits. We must understand that every state is forced to seek loans for the development of its projects, and these loans are approved by the National Assembly. They also want to interpellate government officials and discredit country's leaders. It goes about black PR here: drugs, arms trafficking and so on.

"The fifth part is to create an illusion of a humanitarian crisis in Venezuela to make everyone believe that there is a shortage of food and water, that there is suppression of freedom of speech, and so on and so forth."

"There are two examples that come to mind at this point. One of them is Nicaragua, where the impoverished Nicaraguans brought Daniel Ortega to power. The second example is a sad one - this is an example of Chile and President Salvador Allende, who came to power in a military coup. Can Venezuela experience any of these scenarios?"

"I think that the methods that were used in Chile, are now used in Venezuela. The US is once again trying to use military power to overthrow the government.

"Let's get back to the Freed plan, though. There is the Organization of American States - the only organization that brings together all the countries of the Americas, and the United States may show  influence on this organization.

"Part seven of the plan is the connection of the government of Nicolas Maduro with corruption, money-laundering and incapacity to operation efficiently. This image is being created through the media.

"The eighth paragraph of this plan stipulates for an electronic warfare, espionage and the strengthening of military forces of quick response. Here we can recollect many army bases that the USA has in Latin America. They want to use all that to make Venezuela kneel."

"For American bankers and monopolies, the example of Venezuela, Cuba and other countries means a threat to their big profits. It frightens them a lot when Latin American countries say their word."

"Of course, and not only in Latin America. Yet, I believe that President Maduro's plan works, and our 14 economic driving forces embrace other sectors of our economy that were not developing before - technology and telecommunications.

Before Chavez, before our revolution, only 36.7 percent was allocated for social programs and the development of the society. Nowadays, the number has climbed to 62.5 percent. UNESCO says that Venezuela has the second largest number of students in the world - 2.7 million people, who study in colleges and universities. This is a big number for such a small, 30-million-strong state. The Venezuelan people value these achievements. However, the opposition and the Pentagon use a very ancient myth of the importance of consumption for people."

"I am very confused about the movements in the Venezuelan opposition. It unites practically all - from outright fascists, liberals to Stalinist factions that are loyal to the ideas of Enver Hoxha, the Albanian leader. Can they rule Venezuela in such a conglomerate?"

"They will never be able to rule the country in this conglomerate."

- We have a patriotic association called "Polipatriotika." This is the patriotic front that consists of many parties, but in contrast to the opposition, we have one goal, we all leftist, and we all want to create a new society where principles of democracy and workers dominate.