Who will defeat Islamic State and when?

Iraqi Prime Minister Haider al-Abadi said during a visit to Cairo said that 2016 would be the year of "final victory" over the Islamic State (the terrorist group is banned in Russia). The reason for such a bold statement was the liberation of the city of Ramadi in western Iraq in late 2015. However, despite the promise of the Iraqi authorities to defeat the Islamic State, it still remains unclear whether the already fragmented state of Iraq is able to cope with such a serious problem. 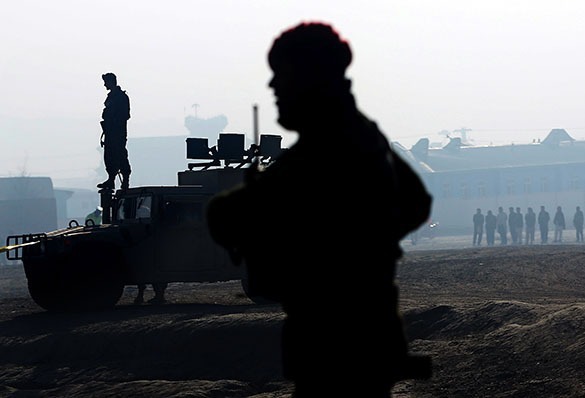 The state of autonomies

Modern-day Iraq is still weak because of internal disintegration processes. Despite the centralized system of government, Iraqi Sunni province of Nineveh (with administrative center in the city of Mosul) and Anbar (administrative center in the city of Ramadi) have became independent autonomies. The Kurdish Autonomous Region (Iraqi Kurdistan), with its capital of Erbil, is formally governed by the federal capital of Baghdad. Yet, the Iraqi Kurdistan has its own army and administration system with Massoud Barzani at the head. The latter has been distancing himself from the Baghdad authorities building close cooperation with the US-led coalition against the Islamic State (the coalition includes Saudi Arabia, Turkey, the United Kingdom, France and several other countries).

The rest of the Iraqi territory is very heterogeneous too. Over the past two years, the country has become so fragmented that it is becoming increasingly difficult to understand who wants to separate from whom, and what interests every new autonomy pursues. Most significant differences can be found within religious communities. The Shiites make the bulk of the Iraqi population; they  dominate in Iran as well. Not surprisingly, the Shiites are doomed to flee the country as most of Islamic State fighters are Sunnis.

However, the Sunnis find themselves in a very complicated situation as well. Many of them are forced to join ISIL terrorists and live under the aggression of the terrorist group as there is no other choice that they could make.

Against such a background, the Iraqi government, fearing the occupation of Sunni-populated areas by ISIL terrorists, decided to establish a Sunni autonomy that will include the provinces of Anbar and Nineveh. Should Baghdad implement the plan, a new entity may appear on the map of the Middle East - the Iraqi Sunnistan.

The creation of the Greater Sunnistan has been Washington's long-standing dream. Yet, organizing autonomous powers in such provinces is a hard nut to crack. Most likely, it will be a completely independent autonomy with its own government system, taxation and other attributes of the Islamic State. The new Sunnistan will receive financial assistance directly from the United States and Saudi Arabia.

Who will destroy the Islamic State?

The Iraqi government is facing a situation of choosing between two evils. There is the pro-American Saudi Arabia that dreams of eradicating the Shiites on the one side, and the Islamic State on the other side. The irony of this is that it was Washington that took the initiative to use the Islamic State for the creation of "Sunnistan" to split Iraq into "Shiitestan", "Sunnistan" and Kurdistan. In other words, Washington is going to "save" Iraq from ISIL with ISIL's help. Iraqi Prime Minister Haider al-Abadi, perhaps, will have no choice but to accept the plan.