Putin's decision to pull out from Syria came as a surprise to the West. Major publications wrote that Russia's mission in Syria was accomplished, and the job was done. At the same time, even though Russia has sent the ball towards the Syrian opposition, the Russian contingent may return to Syria at any moment. 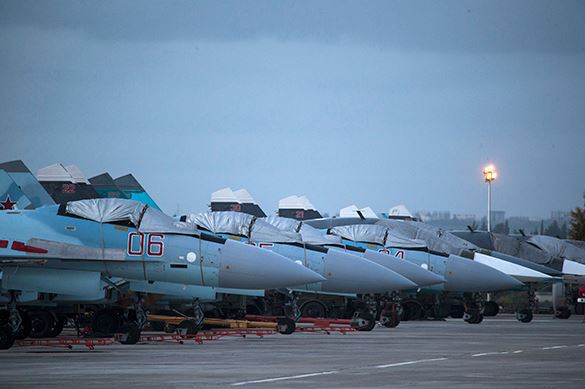 Putin made the move at a particularly critical moment when UN-brokered peace talked in Geneva resumed, The New York Times wrote. The newspaper believes that the withdrawal of Russian air combat units will not leave Bashar Assad alone, as he still enjoys the support of Iran and Lebanon's Hezbollah.

In addition, the Kremlin made it clear that it would keep the air base in Latakia and the naval base in Tartus. Russia's move, the newspaper wrote, may indicate new confidence in the stability of Bashar al-Assad's regime. It could also be an act of pressure to make him negotiate with his political adversary, or both, The New York Times assumes.

"The airstrikes have demonstrated Russia's might, turned the course of the war and made sure that Russia is once again treated as a world power on a par with the United States. And all at little cost," the paper said.

Results of the Russian special operation in Syria

Famous columnist Josh Cohen discussed the results of the Russian special operation in Syria with Reuters. According to him, Russia's strikes have turned the tide of war in favor of the Syrian president. "Five months later, after recapturing key chunks of territory in both the south and north, Assad clearly holds the military upper hand. Even Lt. Gen. Vincent R. Stewart, head of the United States Defense Intelligence Agency, admits "the Russian reinforcement has changed the calculus completely," Cohen writes.

Cohen claims that Putin forced the United States to admit that Russia plays a key role in determining the future of Syria: the negotiations in Geneva were held directly between the United States and Russia. Both sides agreed to act as equal guarantors for ceasefire. "Moscow recently forced Washington to renounce its position that "Assad must go," Cohen wrote.

Thirdly, according to the columnist, Putin made a tough response to humiliate Turkey after the latter shot down the Russian warplane.

Putin also took advantage of Kurdish and Turcoman issues. The first group is close to creating an autonomous entity in northern Syria, while the second group is completely demoralized.

In addition, Russia's Syrian campaign contributed to the weakening of the European Union against the backdrop of the refugee crisis and messy migrant policies.

Moscow knows how to surprise

Vladimir Putin still knows how to surprise, Geoff Dyer of The Financial Times believes. Putin's move came as a surprise not only to Western politicians, the Syrian opposition, but also to Assad himself. According to him, Putin is putting pressure on Assad to make him negotiate on power-sharing arrangements, the constitutional reform and elections.

Noteworthy, all Western sources are convinced that Russia's prime goal in Syria was to keep Assad's regime afloat. If it were really so, Russia would not pull out its contingent from the Arab republic. Now Assad will have to negotiate with the opposition.

Russia was guided solely by the struggle against international terrorism. With Assad, there is a hope that Syria will overcome the transition period and preserve its integrity.

The main goal of the Russian special operation in Syria was to give an opportunity to hold parliamentary elections in April. Now Syria will be able to start working on the new Constitution. If the peace vector continues, Russia will obtain considerable economic preferences in the important region of the Middle East. In particular, it goes about the construction of a gas pipeline from Iran to Europe. These preferences will compensate for the costs of the military campaign.