ISIL is a form of modern-day inquisition

Is the operation against the Islamic State efficient? Is the refugee crisis in Europe related to the atrocities that terrorists commit in the Middle East and Africa? Why did Europe open its doors for refugees and Saudi Arabia didn't? Pravda.Ru editor-in-chief Inna Novikova conducted an interview on the subject with Senior Lecturer with School of Oriental Studies, Andrei Chuprygin. 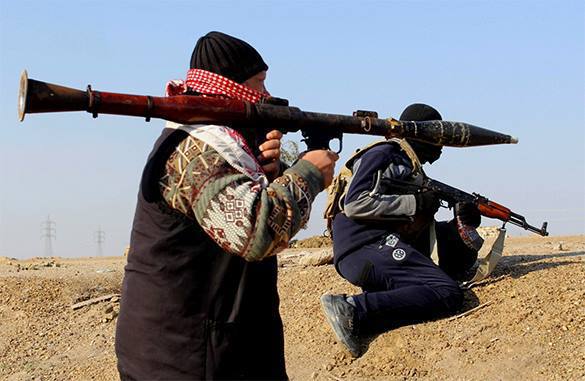 "What do we know about the Islamic State for the time being?"

"Of course, we now know more about it than we knew six months ago, but still, we need to know more. We know that the Islamic State is a rigid terrorist group, an organization that has been working to build a quasi-state. I do not think that the level of atrocities committed by ISIL militants has increased.

"If we take into account terrorist attacks in Paris or the terrorist act on board the Russian passenger plane, then this is a common practice with any terrorists to commit such acts. I'm not sure if those were the acts that ISIL committed. It could be al-Qaeda as well, although it doesn't make much difference."

"New reports about those atrocities appear on a regular basis. Not that long ago it was reported that militants shot many children."

"I take all this endless flow of horror in the media with caution. We receive all this news from Western news agencies. All that violence exists, of course. They say that the militants are practicing the traditional Sharia law, although, in fact, this is not the Sharia law. Rather, it goes about the customs and traditions that used to exist on the territory of the Arabian Peninsula more than 1,000 years ago. This is a part of Salafism.

"Do they have their own doctors, teachers and builders?"

"Of course, they do. Unfortunately, we do not know much about life inside ISIL. All the news about this group comes from the people, who report about nothing but atrocities. We do not even know how trustworthy this news may be. Basically, we only know that ISIL is an enemy that we must fight in a very brutal way."

"Russia has been fighting this enemy for four months already, quite effectively."

"Who said that the fight has been effective? I have no doubt that the Russian operation brings some results. Russia has destroyed as many as 3,000 objects on the territory of the special operation. Yet, how many targets are there in total? Where is the result of the special operation?  The Syrian army has been liberating the occupied territory. This is creative information that we receive about the operation.

"Against the background of the ten-million-strong population of this territory, separate stories about  atrocities do not mean much. Let's look at news reports about atrocities committed in the Russian Federation, or in the United States. How many people die there daily?

"The media are also a part of this war, because media outlets have their own assignments. I am not saying that ISIL is not committing any atrocities. The history of the human civilization is a history of how brutal man can be. Decapitating people, burning them alive - haven't we heard all that before? Are we fighting against the thugs who do nothing but cut people's heads off, rape women and sell children to slavery? If so, then I do not understand why those people have not been destroyed and why they are still allowed to commit their atrocities. Are we fighting against a serious threat? A serious threat can not be thuggish. ISIL has proved that it is a serious organization that has absolutely sober-minded people in its administration. They are highly qualified and well-trained officers from Syrian, Iraqi and other armies."

"Some say that ISIL is not a Muslim organization, that it does not practice Islam, but works to undermine this religion."

"This is a very big mistake, a huge mistake to say so. If you say that ISIL is not Islam, then you might also want to say that medieval inquisition was not Christianity. Inquisition was struggling with heretics, and ISIL is doing the same now. For ISIL, Shiites, Christians and all other non-Salafist confessions are heretics."

"Are you saying that ISIL is a form of modern-day Islamic inquisition?"

"Well, not really, of course, although one can draw such a parallel. They use inquisition-like methods and destroy dissidents. It should be understood that ISIL is a diverse and motley team made of the Syrian, Iraqi and other provinces with plenty of warlords. By the way, those atrocities are committed mostly by newcomers - those who have just arrived, who want to contribute to the struggle, to become noticeable."

"But it appears that it is complete chaos over there."

"The Middle East has never been stable. Conflicts in the region have existed always. The chaos started at the time when dictators were removed from power."