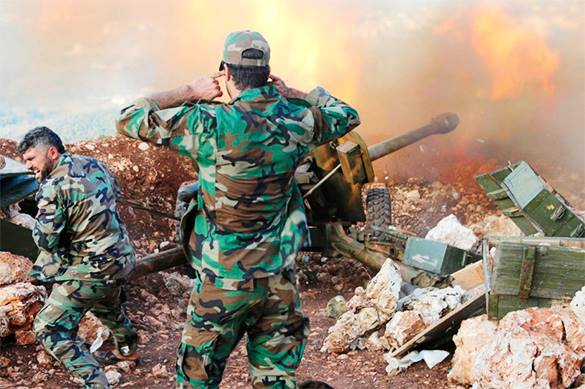 73 years ago on Christmas Eve 1942 German troops sang Silent Night on a European wide radio Christmas program from the distant battlefields of Nazi conquest outside Leningrad in the North and from surrounded Stalingrad on the southern Eastern Front to the Middle East. Also all across Nazi occupied Europe, from Italy and Norway to the Atlantic coastlines of Fortress Europe the soldiers sang to their families and listeners back home starting to question the promises of Nazi victory propaganda.

Yes Germany excelled at propaganda, as does the establishment cable and print news media in the United States today. Although the radio show had the intended propaganda effect of temporarily raising civilian morale, Germany and their fair weather allies were already stretched way too thin around the expansive parameter of Nazi conquered and occupied territory.

Now on Christmas 2015 there is a Washington military effort also stretched too far among our many distant conquests, peacekeeping missions, occupations and attempts to secure oil resources and pipelines. Our foreign policy is designed to perpetuate the failing petrodollar system. Like the Germans 70 plus years ago, our allies and local populations generally hate us and our attempts to go after local resistance groups only results in the growth of more anti-American groups we describe as terrorists.

In America Today Political Correctness Is Just Fascism By Another Name

Unlike the German's singing Christmas hymns in the 1940's, in the Washington politically correct military today the songs would certainly be secular rather than religious in nature. American soldiers are not permitted to promote Christianity because in the modern US military soldiers are often court martialed even for failing to remove Bible verses from their computers.

But there are some scary parallels between the Nazi Empire of the 1940's and the Washington Empire and conquests today that revolve around the Petrodollar system that has maintained the dollar reserve currency status since the end of World War Two. This dollar world reserve currency model required that oil was only priced and sold in dollars forced all foreign nations buying and importing oil to keep major dollar reserves to pay for their oil imports guaranteed a permanent and expanding demand for dollars around the world.

Three Middle East countries first broke the oil/dollar requirement and threatened the petrodollar system including Iraq, Libya and Iran hence the US military attempts to violently overthrow these governments to maintain Washington hegemony and the dollar.

America has plenty of population to increase military forces unlike Germany in 1942 but we are reaching the limit to voluntary military enlistments in a time of permanent war and repeated overseas assignments. Also the continuous terror threats since 9/11 as well as real and orchestrated plots are being questioned by a growing number of alternative Internet media sites and polls show Americans no longer trust Congress or the media establishment.

I fear the political leadership has determined a real war of limited scope and duration may be the best way to regain control of the situation and inspire the American people to sacrifice and support their political leadership. Also a war scenario will allow Washington, Wall Street and the Federal Reserve to transfer the blame for the looming death of the Petrodollar to foreign adversaries like Russia, China and Iran. This will provide political cover to a decade long recession and dramatically reduced economic growth and prosperity as the death of the petrodollar works its way through the US economy over the next few years.

Few military historians would question that the German Wehrmacht was the best led, trained and most highly motivated military force in the world. But remember Germany still lost the war because they were out numbered and fighting on too many fronts.

The German weapon superiority was complete until the Soviet T-34 and KV tanks entered the picture and the overwhelming manufacturing power of the US, Soviet Union and the British Empire doomed Germany to eventual defeat although it wasn't necessarily apparent at the time.

Today on Christmas 2015 the well-led and highly motivated American forces with the best in weaponry, aircraft and carriers are also stretched far too thin across Afghanistan, Asia and the Middle East. While Republican politicians in the presidential debates want to put "boots on the ground" in Iraq and Syria, the Obama Administration has reduced funding for weapons and soldiers resulting in far too few troops, air and naval forces to cover the multiplying trouble spots across the Middle East and Asia. This is even more concerning when you see our aircraft and naval vessels goading China into a fight or military incident in the Spratly Islands.

Like the Germans 70 plus years earlier we want to control oil and gas reserves, resources and pipelines while keeping the military pressure on China, Russia and Iran. Our previous actions have already destroyed the countries of Iraq and Syria and more nations in the Middle East are now considering switching to Russia over the US.

Remember the German Reich didn't have enough troops to defend its conquered lands and had to rely on weak allied troops. Thus when the Soviet's encircled Stalingrad they attacked the weak German flanks held only by second-rate Rumanian troops without the modern weaponry required to hold back the Soviet attack and the rest is history.

It is much the same for outnumbered American troops today in or near the Shia Crescent. Bush invaded Iraq to overthrew Saddam but took out the leading country able to hold the Sunni line against Iran. Although we had much freedom of action earlier after the fall of the Soviet Union but now with Putin's leadership and a modernized Russian military the Washington days of having a free pass to pursue our goals in the Middle East without Russian hindrance and pushback are over.

Today the Washington Petrodollar system is in terminal collapse with China, Russia, Iran and many nations trading oil and natural gas with a wide variety of currencies and credits. In addition, the refugees from our Middle East actions have weakened the euro and now threaten the stability of Europe. This has made the dollar rise in value temporarily against the euro and I believe this is a planned outcome. All designed to weaken the euro and provide the appearance of near term strength to the dollar in a desperate attempt to buy time for US political leadership.

In closing, Washington is in a race to create instability, possibly a military incident and even a limited war before the final Petrodollar collapse in order to put the blame of a future dollar and debt crisis on a foreign adversary rather at than at home where it belongs. The problem for them in early 2016 is time may be running out as markets and currencies are reacting to the consequences of too much world debt, market and central bank manipulation and a global recession resulting in the collapse of oil demand and prices.

So my suggestion for investors is to follow China and Russia and increase your personal gold holdings now at record low prices. Also consider diversifying portfolios outside US stocks and jurisdictional, regulatory and presidential executive order risks.

I hope I'm wrong but I fear Washington is trying to provoke a war in the Middle East to cover the coming collapse of the Petrodollar system and the American economy when the dollar is no longer the world reserve currency. The war is necessary to blame the coming dollar and debt collapse on Russia and China rather where it belongs on Wall Street, the central banking cartel and Washington political establishment.

Remember while a Washington provoked war or conflict is likely to start in the Shia Crescent; it could spread across the Middle East and into Europe. You can contact Ron Holland on the following link as well as learn more about an alternative to defend your wealth from these future financial, war or terrorism risks.