How should Russia build relations with the United States? Why is the Middle East a stumbling block between Moscow and Washington? Pravda.Ru chief editor Inna Novikova talked about it to diplomat, Arabist, President of the Society for Friendship and Business Cooperation with Arab Countries, Vyacheslav Matuzov. 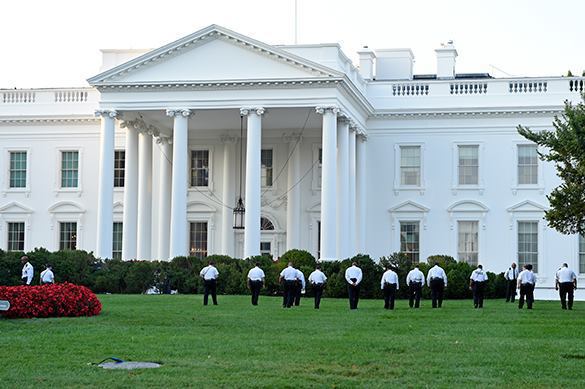 "The terrorist attacks in Paris have shocked the whole world. Many experts quote President Putin's question that he asked at the UN General Assembly: "Do you ever realized what you have done?" Do you think that the West has realized what it has done?"

"Today, it is the United States that plays the key role in determining international politics. Europe has lost the right to make independent political decisions when it comes to global challenges. The Middle East is a global problem. During the Soviet era, the issue of the Middle East has always been the key subject for the dialogue. After the collapse of the Soviet Union, Russia assumed that one should give the region to the Americans. As a result, Russia has left every region, where the USSR used to be present. Russia has left even the borders of the former USSR.

When some people say that Russia should not interfere in Syrian affairs, I say that we would not have lost Libya, if Russia had acted like that in 2012. If we had stood up for Libyan and Egyptian peoples, fighting for our national interests at the same time, there wouldn't have been so much chaos and terrorism in the world as we have today.

"If Libya had not been destroyed, the Muslim Brotherhood wouldn't have risen in Egypt, and the conflict  in Syria wouldn't have taken place either. If Russia had stood up for Libya, the Americans would not have had the guts to continue their operations. Yet, Russia did not say anything, and now we have Syria, and we also have Ukraine. The crisis in Ukraine came as a punishment for Russia for its support for Bashar Assad. The world was already on the brink of the American invasion of Syria - the Americans were obsessed with the idea to remove the Syrian president from power, as they did in Iraq. Yet, Russia took a tough stance and managed to convince Syria to deliver chemical weapons.

"The price of following the US-led policy is the appearance of such terror groups as ISIS. American policy creates terrorism. They call it Islamic terrorism, but this is not true to fact. As Ramzan Kadyrov said, the Islamic State is not Islamic at all - this is a Shaitan State, as he said.

"The purpose of ISIS is to destroy all Islamic states. This organization is a threat to the Islamic world in the first place. Their prime goal is to destroy Jordan, all monarchies of the Persian Gulf and especially Saudi Arabia as the latter is the main carrier of Muslim values."

"Many experts believe that Saudi Arabia finances the Islamic State. Is it really so?"

"They get mixed up in elementary things here. Saudi Minister for Foreign Affairs said as a result of negotiations in Moscow that Saudi Arabia wants Assad out. Yet, Saudi Arabia is not an independent state - it stands for the policy of the United States. This country is just a tool of global politics, a money bag, to be more precise.

"Terrorism is a tool. Look at what is happening in Ukraine. The Americans put their stakes on Bandera junkies, neo-fascists and radicals. In the Arab world, US officials stake on the Muslim Brotherhood in Egypt and Syria. It's all documented and was exposed by such as great man as Julian Assange. In one of those exposed cables, a US ambassador informed the State Department that there was no real opposition to the Assad regime in Syria. He said that one had to create that opposition on the basis of the Muslim Brotherhood. It's all in the documents.

"In other Arab countries, the US always used extremists to accomplish the goal. Many experts believe that the Islamic State appeared from the remnants of Saddam Hussein's army. This is not true as there are terrorists from all over the world in the group.

"All presidents of European countries studied in America. Their biographies are identical."

"True, the Americans have politicians and intelligence agencies under control. We miss the France of Charles de Gaulle and Jacques Chirac, because today's European countries are nothing but puppet states.

"When the European Union was created, the role of individual countries was dissolved in European structures. In today's Europe, there is no one to discuss international politics with."

"Yes, when it comes to French affairs, they do not discuss them with the French."

"Unfortunately, Russia is still cultivating the idea that one does not need to argue with the United States  - one only needs to keep the relationship going at all costs. I also think that the relationship must be preserved, but I have worked at the embassy in Washington, and I know perfectly well what kind of people the Americans are. They always need to get what they want. If they feel a weak obstacle, they will overcome it. Yet, if they feel a strong obstacle on the way, they will stop to talk - and this is the moment when one can negotiate with them."