Russian analysts are concerned about NATO's buildup near Russian western borders. However, army bases and tanks in Europe do not pose a big threat to  Russia. It is the intention of the United States to deploy short-range nuclear missiles in Europe that Russia is concerned most, military expert Yakov Kedmi told Pravda.Ru in an interview. 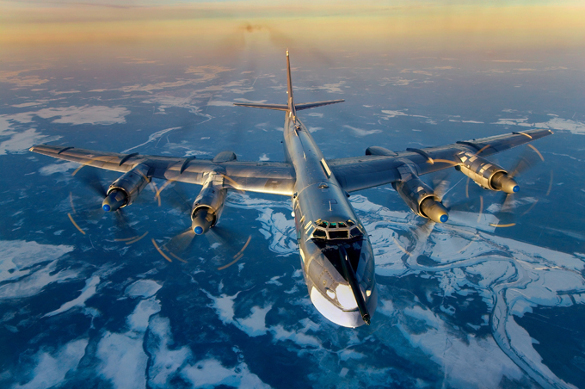 "Does the West intend to intimidate Russia? Obviously, the West does not see such a small country as North Korea as a threat, but Russia fits the role of a global threat very well. What are the dangers of such a policy? How should Russia react?"

"Firstly, this is a deliberate policy of tensions, because tensions make the decision-making process quicker and they make the decisions that they want to make. In this case, political tensions in relation to Russia started in Ukraine.

"Today, local tensions inside the former Soviet republic has evolved into global tensions with elements of military confrontation between the United States and Europe with Russia.

"This is being done deliberately and consistently. For no reason, out of nowhere, tensions appeared in relation to the Baltic countries. Without any factual material, they started talking about Russia's supposed plans to attack the Baltic countries, even though there are absolutely no reasons for that. They said that the Crimea was the reason, but what does the Crimea have to do with the Baltic states? Soon afterwards, we can see a NATO official saying that the alliance was deploying its forces on the territory of the Baltic states.

"At one time there was an agreement that they would not build army bases in Eastern Europe and former Soviet republics. Now they say that because of the Russian threat, they have to build temporary bases in Lithuania and then maybe Poland, Romania and other countries. In Europe, they are now building a system to counter strategic missiles. All Europe is about short range missiles.

"The United States can violate and ignore any international agreement, if the latter contradicts to American interests. This is a unique phenomenon in the world's most democratic country. In the USA, it is considered a state norm that all political parties support it as state policy. The Americans execute international obligations when it is good for them."

"Many people are trying to forget that the recent destruction of Iraq was conducted on the basis of information from US intelligence agencies. Colin Power said at the UN that Iraq was ready to use chemical, biological and nuclear weapons. It has been more than ten years since the invasion of Iraq, but there was nothing found in the country that could prove the allegations from the US intelligence. The whole world saw how the Americans could lie. If Europeans think now that they should listen and do everything that Washington tells them - this is their choice. Yet, Russia is not Iraq."

"At the same time, they have decided at a meeting of NATO defense ministers in Brussels to increase land forces in Europe three times. This is huge spending! Europe is in a crisis - where do they take the money from?"

"Until recently, the US has not been able to make European states increase their defense spending to two percent of GDP. European officials live yesterday, rather than tomorrow. They probably do not understand the crisis, in which Europe remains. The second phase of the crisis will be in Spain, Italy and France. No one knows what it may all end up to.

"Today's Europe resembles the Fourth Reich. German chancellor Merkel is in charge of all vital problems. She speaks on behalf of the whole of Europe. The French government obeys Germany, and together they obey Washington. This is what they call democratic and united Europe.

"It has already led to the occupation and subjugation of all of Europe. It goes about economic occupation. The only thing that unites Europe today is NATO. It is only an external threat that can strengthen the uniting factor. It has always been the case.

"Russia and China pose a threat to the US supremacy. Hillary Clinton clearly said it in her reelection program that the current goal of the United States is to stop Russia and to hamper the development of China. Europe is one of the tools for that.

"Russian military officials said that such a system would embrace the territory of Russia right up to the Urals. It takes a missiles 8-9 minutes to fly from Europe to Russia. Russian intelligence agencies were aware of that. They knew that the Americans could do it, but they were certain that they would not do it. They thought it wrong.

"If there are weapons that can pose a threat to most of Russia's territory, then Russia should do something in response. The US makes Europe responsible for the strategic standoff with Russia. Yet, Putin said that Russia could see growing military tensions with both Europe and the United States. Therefore, Russia's response to possible military actions with Europe will reach not just Berlin or Paris, but also Washington, Los Angeles and San Francisco."