What if we had a Tally Stick money system 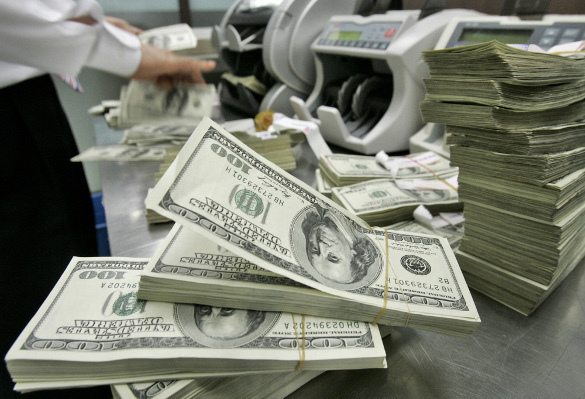 Money is a circulation medium of exchange defined by governments. Today in civilized societies we encounter currency as cash or coin in money markets but if we were living in the ancient times, we would be familiar with some other interesting materials used for trade.  For example, ornaments served as money in many parts of the world, the American Indians using wampumpeag as their currency, while cowry shells were widely used in East Indies and Fijians traded with whale's teeth. As for West Africans, Manillas- decorative metallic objects were employed as their currency in the 16th century.

Medieval Europe was the birthplace of the banknote system where gold was widely used as a currency by the merchants. However, it was not very practical to carry and keep, so some goldsmiths commenced to give service by keeping people's gold in their vaults and giving receipts in exchange. This is where the name "money changer" came from. As this service became widespread, people started to make direct exchange with receipts instead of gold. When money changers noticed many people were not asking the return of their gold, they started to print dud receipts, which made them wealthier and increased their capacity to give more loans.

The revolution and the birth of the Bank of England

In 13th century, it was Henry I, King of England, who put an end to this deceptive system by using Tally sticks - polished wood with notches - as money. Tally sticks were also accepted as tax, they were cut into two halves and both had a record of notches. Henry kept one half of the sticks in the Treasury as a proof against forgery. This unique money system was successfully used in England until 19th century.

Henry I was not the only one to strive against the deceptive money system of the money changers; Queen Elizabeth the First printed gold and silver coins with her name during her reign in the 16th century to detract their control of the money supply. Following the revolution in 1642, the money changers regained their financial powers and took their place in the political arena plummeting England into a sequence of expensive wars for 50 years. England suffered a financial collapse at the end of 1600s, which compelled the government officials to take loans from the money changers to retrieve the political situation which then led to the formation of the Bank of England, a privately owned central bank. It was the first partial reserve bank in history, and officially started to print money a few multiple times of the gold it possessed in its reserves.

The promulgation of the Federal Reserve Act

The financial history of the US was no bed of roses, either. It experienced serious downfalls like the rest of the world.  1907 marked an economic panic known as Bankers' Panic as New York Stock Exchange fell 50% compared the prior year. This resulted in the formation of the first US Central Bank.  During that economic recession many banks went bankrupt and there was no central bank to add liquidity to the market. Thus, Senator Aldrich established a National Monetary Commission in 1908 via legislation, which was the precursor of a central bank. In the light of these developments, Aldrich prepared the Federal Reserve Act, which was promulgated in 1913 during President Wilson's tenure.

Contrary to popular opinion, FED is not a governmental institution but a private joint venture that was established to stabilize the state's economic system. The economy was balanced for a period of time after the formation of the FED. In 1929, the stock market crashed which caused the failure of thousands of banks . President Roosevelt used legislative measures to help lessen the worst effects of this crisis, that obliterated thousands of investors.

The FED has the right to print money out of nothing, which means the money we use in circulation is no more than made up numbers. They lend this money as a loan to the government and banks with interest. Thus, while the FED is enormously profiting from this money creation process, this is turning into a nightmare for the American people since their debt is increasing ceaselessly. The US has nosedived into debt after the relevant act was passed in 1913. Back in 1910 the federal debt was $10 billion and since has skyrocketed to $18 trillion today.

2008 US financial crisis: the worst recession since the Great Depression

In 1998, during the incumbency of President Clinton, Citicorp and Travelers Group were merged to form the financial service company, the Citigroup.  This merger was the violation of the Glass-Steagall Act, which was put into practice after the Great Depression to protect the banks for making risky investments. It was illegal for Citicorp to purchase Travelers so FED gave Citigroup a one-year waiver in 1998 and legislated the Gramm-Leach-Bliley Act the next year allowing commercial banks, investment banks, securities firms, and insurance companies to consolidate.

This turned the financial sector into a few giant joint-companies, each of which was so big, a failure in one of them would cause the collapse of the whole system. Regrettably, in 2008 the demise of Lehman's Bros investment bank precipitated another financial crisis that was considered the worst recession since the Great Depression. According to Paul Hickey, "Lehman's bankruptcy will forever be synonymous with the financial crisis and (resulting) wealth destruction."

Another downside is how much consumer spending has suffered since the 2008 crisis.  Consumer spending is the main driver of the economy.. Optimism in terms of consumer confidence is directly proportional with the desire to spend more and tendency to get into debts. The current financial system is notably corrupted and burdened with excessive debt.  Additionally according to Oxfam's recent report: "The world's richest 1% will soon amass wealth that represents more than the entirety of that owned by the rest of the people on our planet."  Public dissatisfaction with such inequalities and so much debt will yield into discontentment for the whole social system.

Numerous issues such as psychological disorders, obesity, newborn deaths, and drug addiction derive from income inequalities. What needs to be done to make a better society with higher living standards is to build a better economic system. Also leading business schools should train potential business leaders through moral teachings with more emphasis on ethics that would turn them into more conscious individuals making reasonable and just decisions about monetary policies.  Furthermore, establishing regulations that will promote healthy business practices, cooperation, and mutual respect would form a healthier society. Prosecuting those who commit crimes in terms of unlawful monetary and fiscal policies would also help build an ideal and fair democratic economic system. Or maybe, if we had tally sticks today, none of these would have happened.