Noam Chomsky: If US manage to destroy IS, will have to deal with something even more extreme

Islamic State is fighting on five fronts at the same time. Noam Chomsky claims that while the importance of Islamic State began with the invasion of Iraq, the group will become more and more violent as the conflict continues. Synopsis of the piece by David Barsamian (Jacobin), Opera Mundi. 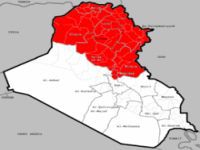 The United States is responsible for the appearance of EI (Islamic State). Far from being a conspiracy theory, the linguist, philosopher and American political activist Noam Chomsky argues, in an interview with journalist David Barsamian, the Jacobin informative website, that the invasion of Iraq in 2003 caused the sectarian divisions that caused the destabilization of Iraqi society.

So the result was a climate where the radicals supported by the Saudis prospered. He also warns that the group will be even more extreme as the conflict develops and the groups that will gain predominance will be the most brutal and harder, "if they can destroy the IS, have to deal with something more extreme," he says.

David Barsamian: The Middle East is in flames, from Libya to Iraq. There are new jihadist groups. Attention will focus on the Islamic state. What do you think of this group and its origins?

Noam Chomsky: There is an interesting interview with Graham Fuller, published a few days ago. It is a former CIA agent, a leading analyst of the Middle East. The title is "The United States created the Islamic State". This is one of the conspiracy theories, there are thousands in the Middle East.

But this comes from another source: the US establishment of the heart. Fuller is quick to clarify that does not mean that the US decided to give existence to IS and then fund it. What he maintains - and I think a correct opinion - is that the US created the environment in which IS was born and developed. Part of the approach was the standard hammer effect: it crushes up what you do not like.

In 2003, the UK and the US invaded Iraq, a great crime. Just this evening, the British Parliament gave the government the authority to bomb Iraq again. The invasion was devastating. Iraq had already been virtually destroyed, first by the war of ten years against Iran, in which, we can say, in passing, Iraq was supported by the US; and soon after, the decade of economic sanctions.

These were described as "genocidal" by the respected international diplomats that administered, and both resigned in protest. The sanctions devastated civil society, strengthened the dictator, forcing the population to rely on him to survive. This is probably the reason for not following the same path of a whole bunch of dictators who were toppled.

Finally, the US decided to attack the country in 2003. The attack is compared by many Iraqis to the Mongol invasion which took place a thousand years before. Severely damaging. Hundreds of thousands of people dead, millions of refugees, millions of other displaced people, destruction of archaeological resources of the country of Sumerian times.

One of the effects of the invasion was immediately the setting up of sectarian divisions. Part of the impact of the invasion force and its civilian director, Paul Bremer, was separate sects, Sunnis, Shiites, Kurds and conflicts between them. In a couple of years, there was a huge, brutal sectarian conflict prompted by the invasion.

To prove this just look at Baghdad. If we see a map of, say, 2002, it is a mixed city: Sunnis and Shiites live in the same neighborhoods, sometimes they did not even know who is Sunni or Shiite. It's like knowing if your friends are a Protestant group or another. There were differences, but not hostility.

The natural dynamics of such a conflict is that the most extremist elements begin to predominate. They had roots. The roots come from the largest US ally, Saudi Arabia, which has been the main US ally in the region since Washington is seriously involved, in fact since the foundation of the Saudi state. It is a kind of family dictatorship. The reason is having a huge amount of oil.

You can be sure that as the conflict develops, they will get more extreme. The most brutal, tougher groups will gain predominance. This is what happens when violence becomes the means of interaction. It's almost automatic. This is so both in neighborhoods and in international affairs. The dynamics are quite evident. This is what is happening. It is hence the EI. If they can destroy the EI, have to deal with something more extreme.

And the media are obedient. In the September 10 speech, Obama cited two countries as success stories of the US counterinsurgency strategy. Which countries are these? Somalia and Yemen. Everyone should be blown away, but the next day the silence was total, there was no comment on it.