Donbass is the real Ukraine

The label "Donbass - Ukraine's enemy" - is not a product of modern times. The region was an anti-Ukrainian territory during the first Orange Revolution, when Yushchenko was supposed to become Ukraine's President, rather than Yanukovych, who won the election. They had to do something to legitimize Yushchenko. That was the time when the Donbass of Ukraine was labeled as "gray", "Soviet", "half baked." 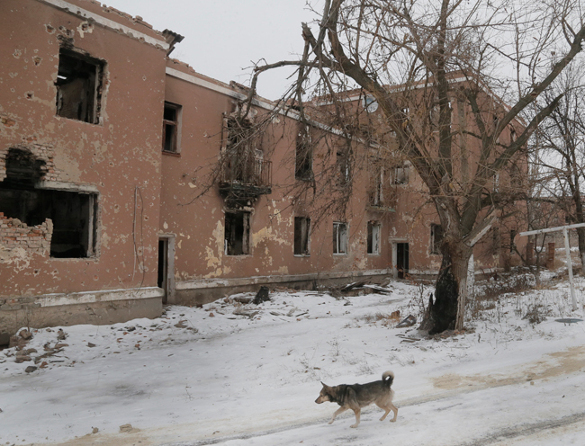 Have the Donbass residents accepted the labels that were hung on them? This is not likely, but in Ukraine, they do not argue with idiots from the Donbass. The awkward, bulky and patient region swallowed both the insults and Yushchenko and went to work on the mines.

Indeed, Yanukovych was much closer to the region than the white teethed supporter of the Church of Scientology Mr. Yatsenyuk, and much closer than the ever gloomy Baptist Turchynov.

They do not tolerate it when someone imposes religion and orders them which language to speak. People in uniform are in priority there - soldiers and officers.

The Donbass may show snobbery in relation to western Ukraine. Yet, this snobbery is perfectly healthy for an urbanized region. Here, people believe that everyone should mind their own business and do their own thing. Do what your ancestors did and do not teach anyone how to live.

The majority of those, who were there on Maidan, and many of them are accustomed to using outdoor toilets in their villages, were perfectly aware of that. Those, who made them believe that they were God's chosen people, were aware of that too.

That is why Yatsenyuk and Turchynov  - the people, who started the coup, - were dubbed "the new Ukraine". They delivered an ultimatum: if you do not recognize the new government - you're a traitor.

The Donbass stood up against oligarchs

The "new Ukraine" said that the people of Donbass were "subhumans". The "new Ukraine" started chanting slogans "Muscovites on knives" and other filth. The propaganda played its role, and the east could not remain silent this time. It was blatant provocation, but the people could not remain silent anymore. The directors of this hellish spectacle knew that.

Now these nonhumans have flooded the whole country with blood. However, the more people die, the more adherents of the revolution yell that Yatsenyuk and Turchynov are the new Ukraine. Even Poroshenko, for whom Maidan nationalists were shouting obscenities, does not arise such aversion in Donbass, as this couple does. Yatsenyuk and Turchynov, who started brewing the bloody mess in the country, are not Ukraine. They are murderers and traitors.

The East perfectly sees causes and consequences. The root cause of the war was the Maidan: a few bastards, thousands of nationalists and Nazis, whom they nurtured, and millions of naive fooled people rocked the previously beautiful country altogether.

Maidan is the root cause of the war against the Donbass. One will have to answer for that, and those behind this terrible war know it. They know it and fear. Therefore,  they hate, humiliate and kill. This is what the weak do. This is what knackers do, who get bullied at school and vent their impotent rage on strong animals, making them weak at first: they catch a sheepdog and cut off its legs.

A year ago, people in the Donbass were not speaking a lot about Russia. There are a lot of Russians there with Ukrainian blood, Jewish blood, Belarusian, Moldovan, Georgian, Armenian blood ... Dozens of religions lived in peace and harmony for decades here...Students from all over the world studied at schools together.

Those who trumpet about their ethnic Ukrainian origin should try to find out who their great-grandmothers were sleeping with. In the Donbass, people know that blood is always red.

The Donbass was doomed from the start. Those, who were screaming "Muscovites on knives!" would come here sooner or later. They would come, because they no longer want to run to their outdoor village toilets, but want to live in warm and comfortable apartments.

In the Donbass, people knew it. Therefore, they chose to become citizens of Ukraine - Russians, Ukrainians, Jews, Armenians, Belarusians - those who live here for many years and go to their ancestors' graves. Because there was no other choice.

Does the region want to separate from Ukraine? No one has ever said a word about it here. All the people want is to separate from Nazi savages, who called themselves the new masters of Ukraine.

We all remember how a sitting member of the Ukrainian parliament, Mr. Filatov said: "Give this scum any promises - we will hang them later!" The Donbass today is a cry of despair. But even if the region lives under the conditions of war, death, famine, siege and hatred, Donbass remains the best part of Ukraine with educated, sympathetic, kind, wonderful people.

In the Donbass, people still love the Ukrainian borsch and cherry dumplings. They have not abolished the Ukrainian language. Here, as before, people speak Ukrainian in the streets, although they do not sing the national anthem of Ukraine anymore, because it is hard to sing the mournful song about enemies and death, when it is all close - within arm's reach.