How to deal with Machiavillians

When surrounded, how does one deal with Machiavillians? What to do? If Russian President Vladimir Putin’s recent experience at this year’s G20 Summit ‘down under’ in Brisbane Australia is any indicator, the short answer is: with great difficulty. Even not at all. 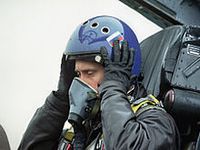 Truth be told, Western neo-cons have an aversion to truth. And it shows; especially true in regards to Russia. More important, when you consider the doleful backdrop leading into the event, President Putin deserves kudos just for making the long flight down from Moscow to attend.

And if we are to believe the MSM’s fanfare, this year’s G20 was heralded as a great meeting of the minds; an all-star event in the coming together of all those nations in attendance. The presstitutes stopped short there; the same plaudits were conspicuously absent for the Russian President. For him, quite the opposite was in store.

Undaunted, Vladimir Putin attended the Summit despite the threats (some physical) and intimidation that insignificant ‘others’ were planning. Prime example: host country U.S. vassal Aussie Prime Minister 'Mad Pohm' Tony Abbot promised to ‘shirtfront’ (physically accost) President Putin. When called on this stupidity by his own press, Abbot backpedaled. He settled on something much less strenuous or physical: a group hug, with koalas. Still, he remained smug faced. With his ego blunted, Abott stammered and then muttered along the lines of ‘having a robust conversation’ with the Russian President in re Russia’s role in the downing of flight MH17 over Ukraine. Talk about rush to judgment…

While twilight had barely descended on the Aussies’ version of paradise along the picturesque Pacific shores of idyllic Queensland and before the attendees were even seated at the rich banquet tables to enjoy a kingly feast, the larger stage was already set; not for a shared social event amongst equal dignitaries. No; universal civility was not in the cards. Instead, the convention’s genteel ambiance was perfect cover for cowardly shenanigans to get underway. Moreover, some chicken hawk Russophobe ninjas already drew ‘lines’ in Brisbane’s sandy beaches. Not long after, the Gang of 7 (formerly the G8) broke from the 20’s ranks.

From a tight scrum the bungling Brady bunch were poised to execute set piece moves on the perceived interloper, in the innocent person of President Putin. More likely, the Gang of 7’s planned assault was akin to the over-the-top rolling maul; a dirty tactic, often inflicting injury, long since banned with the Rugby rule change. Rugby rules don't apply to politics though. From now on it t was 'game on' for the Gang’s forward pack, a.k.a. the West Brothers, comprised of Harpo, Merko and BarackO. All three vowed to run amok in Brisbane. Without any particular order or reason (in spite of the facts) this comedy troupe felt compelled to launch barbs at the Russian President, either jointly or severally. No doubt about it. The traitorous plotters had already marked their target for what they thought was easy picking. That outcome though remained to be seen.

First to take a steely stab was Harpo. When President Putin strode past, Canada’s PM could not resist. With jaundiced eyes, Harpo while telegraphing his intent all the way could only muster a lame, blindsided effort, “I guess I’ll shake your hand. But you have to get out of Ukraine”. Harpo guesses? Not what an honest man would say; certainly not the dignified message that a real statesman would make either. The presstitutes though lapped it up. In Harpo, they had their leviathan, er, ‘hero’. Even so, President Putin laughed.

Without breaking stride he brushed Harpo aside with the truth. "We are notthere."Farther along the convention center's corridors grunting, gruff sounds were heard. The crude words evenpierced the calm in the otherwise tranquil setting. That noise had all the hallmarks of only one source:Germany's Chief Sanctions Officer, Merko. She, as is her penchant was intent on holding captive hersole audience: Britain's Camorono. In staccato style Merko delivered another stern speech (lecture). Asusual it was replete with those oh so banal uber 'unacceptable' utterances. In reality, Merko'spontificating amounted to nothing more than bluster; more veiled threats.

Already familiar with the Deutsch paper-panzer kommandant's vapid machinations, President Putin gave her no notice.In the grand stateroom, U.S. President BarackO now made the scene. Although unbidden, he seized theday and commandeered center stage. Continuing what he started in China, BarackO again struck withattack poses. In his folksy delivery, first he tried assuaging the lesser guests (Indonesia) with his usualglossing over the truth. What followed was flowery fluff. "Uh, let me be clear. Ebola's not a problem. Igot it under control. Most of you also know that ISIL has morphed into ISIS.

Uh, er, now I'm told thispassing fad is, IS. Give it some time. And who knows? What IS is around that corner." However, whenit came to Russia, the U.S. President's schadenfreude and mendacity were on full display. The feckless Barack O repeated the same old tired mantra. "Russia is the world's greatest threat that I know of.''Wing it much, Mr. President?Understandably, at this point President Putin had heard enough. There was nothing more to see. ComeSaturday, a day before the closing breakfast ceremonies, he flew back to Russia. What a shame! In whatpromised to be and should have been an international forum for member nations to air grievances, andfoster greater understanding about others' perspectives through honest discourse instead turned out to beanother staging ground for the U.S.'s hegemonic push for greater even mortal conflict with Russia. Thatmuch is crystal clear.How should one deal with machiavillians? My advice: Don't bother. Much rather, it's best to takePresident Putin's lead.

Don't suffer fools even humbly; avoid them like you would any plague.On the other hand, at the airport when President Putin extended his right arm, the two Aussie motorcyclepolicemen responded like consummate professionals. They embraced the moment; one forged out ofmutual friendship and respect. Why am I not surprised?