It was Ukraine that attacked Russia, China believes 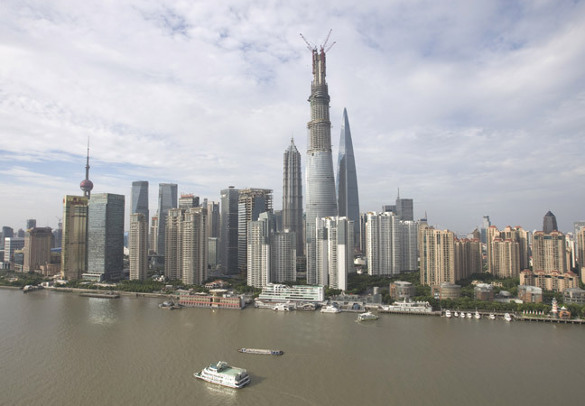 Despite close contacts and positive background of the Russian-Chinese relations, China cannot be called a Russian ally. Since China is always above the fray. It is obvious at the very least when we listen to China's statement in the United Nations Security Council or watch how actively PRC is cooperating with USA. On this issue on air at the Pravda.Ru video channel - Head of the Russian-Chinese Expert Council Aleksey Maslov.

- China renders political support to Russia. However, there is an opinion that it benefits from this conflict situation. China's declarations and statements, including in the UN, are often vague and unspecific. In your opinion, what is China's actual position and interest?

- I think the problem is even deeper. A war is certainly terrible. But to a certain degree it is good that this conflict has occurred because it stripped the policy of many countries. It is good when it is stripped without conflicts and escalations. But, unfortunately, it doesn't happen that way. Leadership of all countries showed their true nature, hush-hush policy became visible. As for me, the UN statement and China's policy regarding the conflict at Ukraine on the whole was not a surprise.

Because China's political culture has not changed for the past several thousand years. It just acquired new vocabulary and attributes. Let's say, people sit not in long robes, but in suits and ties, but nevertheless the system is very simple. China always wants to be above the fray, China doesn't want to get involved in conflicts that are not beneficial personally for it, moreover, China wants to appear as a conflict mediator. Under no circumstance as a party siding with one of the camps.

Specific nature of the Chinese political culture, especially now when China recognizes itself as a serious power, is that if necessary China is ready to appear as a bridge during negotiations. It is no coincidence that at the meeting with the leader of the European Parliament the Chinese leader very delicately raised an issue if China could be a mediator in negotiations between Europe and Russia regarding lifting sanctions. China will not support any country that apparently is a junior partner for China. And western countries got an opportunity to consolidate and finally found an image of the actual enemy.

Undoubtedly, China only benefits from this situation. There was a good demonstration of this position at the APEC forum. Xi Jinping equally met both with Obama and Putin. With both of them, he discussed absolutely viable projects aimed at rapprochement of China with USA and China with Russia. As for Russia, there is no more room for rapprochement but there is one in case of USA. Xi Jinping is talking to USA on environmental cooperation - working to reduce gas emissions...

- They are both actually the main polluters in the world - China and USA.

Hence they negotiate and advance an initiative together. They planned military cooperation: establishing and reducing tariffs, on the whole, tariff and tax policy, with which USA has been pressuring China for a long time imposing restrictive tariffs. In return, China also imposed such restrictive tariffs against American goods on the Chinese market. Now the parties agreed to remove barriers, develop trade and extensively build it up. Currently their mutual trade exceeded $500 bln. And Russia with China have only $90 bln.

That said, many estimated that China and Russia were building a new political, nearly a military and political bloc. No. China is playing its absolutely own game. And Russia as well, by the way, supports this idea to a certain extent. Putin together with Xi Jinping stated that they were against building military and political blocs. And China turned out to be an independent player.

- Undoubtedly, information in China is very measured. But besides information there is also a rumour mill. Public opinion is very positive towards Russia. But it is completely weird. When recently I was in China, the most ordinary people like taxi drivers and hotel employees asked me the same question: Did Ukraine attacked Russia? This is the very Chinese view of the situation. I looked it up - such thing was never published in newspapers. China generally tries to publish as little information as possible about the Ukrainian events. No horrors are described. But there is the rumour mill - on the contrary, people have their own opinion. There are blogs in China that on the whole are absolutely pro-Russian as to the matter of Russia and Ukraine.

Official Beijing also doesn't want to discuss this situation, because China has its own problems. There is Taiwan and Hong Kong, there is a number of territories disputed with Vietnam, Japan and India. Hence China keeps on insisting on one simple thing. These are Chinese territories but we will not settle this matter by military actions. Yes, we expand the army to be a super power but everything must be settled through a negotiation process. Putting all the verbal peelings aside, on its own, the remark of China's representative in the UN was based on the fact that all matters need to be settled through negotiations, via diplomatic and political means.

- After the APEC summit meeting many were talking not only about the business agenda. Among others, western media discussed that our president put a shawl round the Chinese president's wife. Was it an embarrassment after all? Did the Chinese themselves perceive it as some sort of an insult?

- I'm 100% sure that neither Xi Jinping nor his wife perceived it as an insult. It is simply too blown out of proportion, since it is such a bright newsmaker.

- Surely, Obama has suffered the most at this summit.

- I agree. And Obama's image in China is not so high anyway. There is absolutely different attitude of China to Russia and USA on a mundane level. On a mundane level, putting it mildly, Chinese mock Americans and their president. There is a lot of anecdotes about Obama. Cartoons are published and it is normal. There are simply no cartoons of the Russian president in China. Moreover, attitude to Russians and personally to the Russian president is very good.Any ordinary Chinese person when hearing that I'm from Russia, is very well disposed towards me. They even have a saying: "Putin is cool". This is the image of the Russian president.

USA is undoubtedly a very beneficial partner not only for China as a country but also for the average Chinese business people. But they keep on constantly messing around with USA either with cartoons of the American president with a chewing gum or something else.

In general, there is censorship in China. Maybe it is not as severe as we think but it exists. Odd as it may seem, China is significantly freer than we think of it. In other words, discussion of Obama, Putin and other leaders in China is rather free on the level of blogs and conversations.Therefore, opinion of masses is of great importance in China - which is what no one expected of China. Masses are already pressuring the Chinese government. You also need to understand that. Many reforms take place exactly because of that. The authorities launched anticorruption efforts because it is very important for people, opinion of masses has formed that these efforts are necessary.