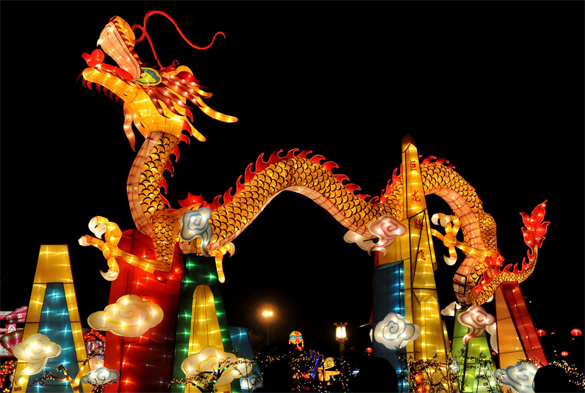 However, behind Vladimir Putin's gentlemanly gestures, Barack Obama's chewing gum, similar patterns on the shirts of the American president and the Russian Prime Minister, behind the photos with koala bears, the media found tectonic moves in Russia's turn to the East.

Previously, the turn of Russia's foreign policy to the East was associated with the strengthening of relations between Moscow and its eastern neighbor - the People's Republic of China. Today, it has become clear that the policy of the Russian government in the APR is not of one-sided, but of multi-directional character.

At the East Asia Summit, Russian Prime Minister Dmitry Medvedev said that in case of Vietnam's successful accession to the Free Trade Area (FTA) with the countries of the Customs Union, this experience would then be extended to other countries of Southeast Asia. Noteworthy, the majority of Southeast Asian countries have tense political relations with China. Suffice it to recall the incident with Chinese drilling platforms Haiyang Shiyou 981 that was located in disputed waters in May 2014 that subsequently led to anti-Chinese protests in Vietnam.

The multi-vector policy in the APR gives Russia freedom of maneuver and gives Moscow significant economic benefits. The example of the Socialist Republic of Vietnam is indicative at this point, as the country is expected to join the FTA with countries of the Customs Union. Vietnam, in contrast to its popular media image, is a sufficiently developed economic power. The country's economy continues to develop. For the first nine months of 2014, Vietnam's GDP gained 5.6 percent. According to the World Bank, the figure will reach 5.4 percent as of year-end. Nevertheless, the government plans to reach the target of 5.8 percent for this year.

Vietnam is an export-oriented economy, in which a serious increase in exports in 2014 boosts economic development. During the first three quarters of 2014, Vietnam's exports reached 109.6 billion dollars, up 14.2 percent from a year earlier. The growth of export earnings increases manufacturers' confidence. The results of the survey of purchasing managers in the field of industry (PMI) in 13 months was  above than 50 points, which indicates improvement of the economic situation.

The Vietnamese government support the national currency - the dong. The rate of the Vietnamese currency is stable. In early 2014, one US dollar cost 21,100 VND, and the rate in November was 21,300VND per one dollar. In ten months of 2014, the consumer price index rose by only 4.5 percent, which allows the central bank of Vietnam lower the rate painlessly. Owing to growing exports and trade balance surplus, the growth of direct foreign investment, the government could significantly replenish its gold reserves. In 2014, their volume reached a record high of 35 billion dollars.

International experts are certain that the Vietnamese economy will continue to develop steadily. According to forecasts from major international institutions, Vietnam's GDP growth will reach the level of six percent in 2015 and seven percent in 2016-2017.

As can be seen, the economic performance of Vietnam is considerably different from that of Russia or Europe. That is why it is highly beneficial for Russia to maintain strong ties with Asia Pacific countries that  show rapid economic growth, instead of becoming China's supplier of raw materials. It is very important for Russia to pursue balanced policy on the international arena, seeking benefits in partnership not only with big players, but with seemingly small countries that gradually take the shape of new Asian dragons.