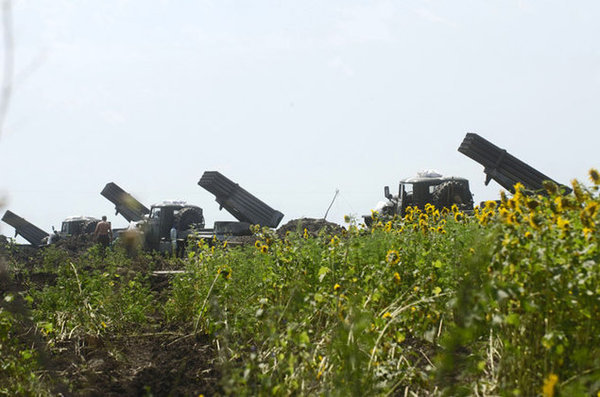 The Polish elite would very much like Germany to declare war on Russia once again. The Poles position themselves as experts on Russia, and the West believes them, although the Polish knowledge does not cost a thing. What made "Polish intellectuals" forget lessons of the Second World War? Why did Russophobia become public policy in Poland?

"Nothing happened, - Sergei Obukhov, a State Duma deputy from the Communist Party, Doctor of Political Sciences told Pravda.Ru. - Some of Poland's geopolitical plans do not get materialized, at least in regard to Ukraine and Belarus. Poland loses competition to Russia. That's all. In addition, parliamentary elections are coming up in Poland. This is the time where foreign policy agenda will also be at stake."

Polish intellectuals believe that Vladimir Putin now tests a new kind of aggression, Die Welt newspaper wrote. Allegedly, the Russian leader unleashed the "dogs of war" and turns Ukraine into a range ground. "Anyone who's not saying "No pasaran!" to Putin betrays both the European Union and European values ​​and agrees to the destruction of the world order, "Polish intellectuals" (including Andrzej Wajda) believe.

Here's another example of an "intellectual" of openly fascist orientation. The director of of Warsaw Enterprise Institute think tank, Andrzej Talaga, penned an anti-Russian article for Rzeczpospolita newspaper. In the article, he wrote that authoritarian power and its actions mark "emanation of needs and interests of the Russian people." "The Russians can be called a model of a bad nation, - Talaga wrote. - In our disputes and conflicts with Moscow our opponent is not the power, the Putin's power, but the Russians, who realize their objectives by means of this power."

"Intellectuals" go shoulder to shoulder with Polish politicians, who continue trumpeting about the need for new sanctions against Russia. The country's new Foreign Minister Grzegorz Schetyna said it again several days ago. "Sanctions will be tightened and they will be even more sensitive for Russia."

"Planting seeds of fear before Russian aggression is a psychological pathology. This is absurd,"Polish writer and philosopher Bronislaw Lagowski believes. In an interview with Onet-pl website, he said that "only unserious people playing the game of politics can speak about Russia attacking Poland." "I see no fear of Russia," said Lagowski.

"This is typical propaganda nonsense. I have recently been to Latvia, there is no atmosphere of danger there. Riga seemed very relaxed and sleepy. To my question about the Russian threat, a guide replied, smiling: "This threat lives only in mass media and politics," Polish national Jan Engelhardt wrote for Mysl-polska.pl website.

People are wise, and they do not want to make Russia an enemy. Yet, the elite is not interested in that. In Poland, Russophobia became a part of state ideology, says Lagowski. "Russophobia is a major indicator of the interpretation of current and historical events. This was not reality in Poland even in time of war, despite the fact that the threat from the Bolshevik Russia was real. Today, the Poles accept this point of view zealously - mostly so-called intellectuals, actors, writers, filmmakers, journalists, party leaders - the people who are close to the media." The writer doubts that ideologues trust their own ideological dogmas. Hence, one shall assume that the Polish elite is playing to the tune that comes from overseas.

"Polish right-wing forces - immigrants and conspirators - nurture some pre-war dreams about World War III. They are concerned about Germany's unwillingness of war, claiming that Bundeswehr is weak and the morale in Germany is low. It is insane to dream about Germany participating in the war against Russia," said Professor Lagowski.

"It's a form of existence of a certain part of the Polish elite, - said Sergei Obukhov. - They strive for certain preferences that they wish to win from greater powers and senior partners of certain preferences. I would even say that it's megalomania."

At the same time, the Poles work on their geopolitical objectives. "No one there (in Poland) has renounced geopolitical claims with the slogan "Poland from sea to sea." In his opinion, Poland has forgotten lessons of Second World War. "It seems that everyone is waiting for another geopolitical shake-up to recollect them. Everyone wants to revise history. The Americans do not cope with the unipolar world. More and more players appear, including Poland, who fancy themselves weighty players. Big war may occur any time, because the degree of madness, including of the Polish elite, is dangerous in its unpredictability."

Bronislaw Lagowski also explained why the Polish elite is not looking at relations with Ukraine through the lens of the Volyn massacre, in which hundreds of thousands of Poles were killed. "The great love to the government in Ukraine is a function of hatred of Russia," said the writer. Poland has no competence to talk about Russia, because they are biased war-time statements developed by Western strategists, and such estimates are false, as a rule, Lagowski believes. "The knowledge of Russia comes from translations of Western books. This tradition has its roots in the 19th century, when Dostoevsky was first translated into Polish from German, and Tolstoy - from French."